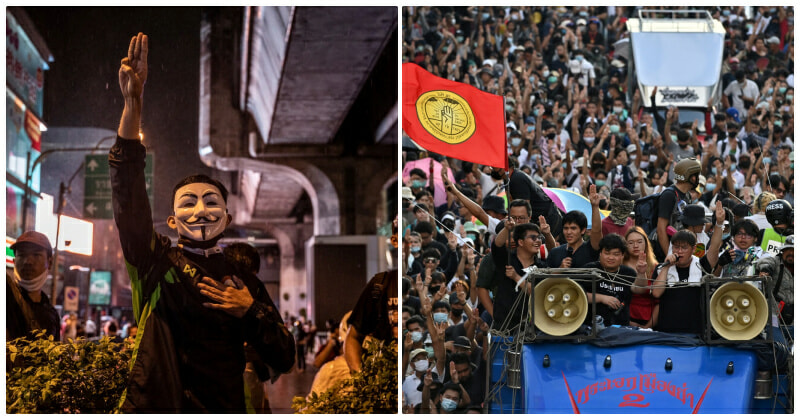 Water cannons and protesters colour the streets of Bangkok as confrontations between Thai authorities, and anti-government demonstrators moved to a new phase yesterday.

Why is Thailand has yet another protest?

Currently, demonstrators are calling for fresh elections and reforms to the monarchy, a new twist to Thailand’s long history of constitutional monarchy, the Thais are now demanding a new constitution and dissolution of parliament.

To show just how the turmoil in Bangkok is at the moment, here are some images of Thais rising and making their stand. 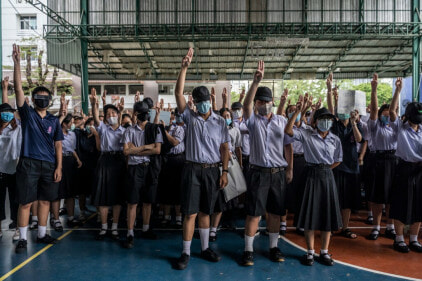 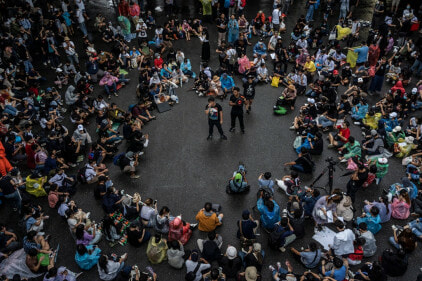 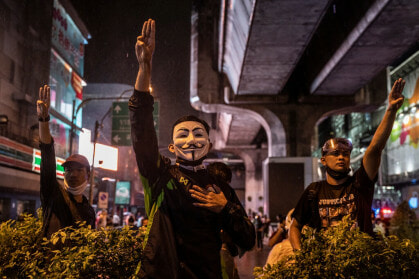 If you see familiarity in the three-fingered symbolism exhibited by protesters, the symbol, taken from The Hunger Games, is shown as a sign of defiance against the government. 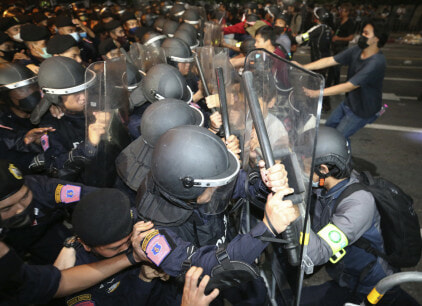 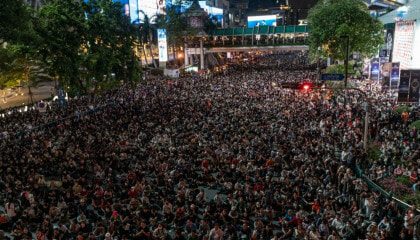 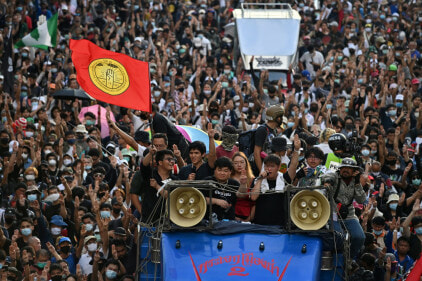 Thailand has since been declared a state of emergency ever since 15th October 2020 after thousands of anti-government protesters surrounded the prime minister’s office demanding greater democracy and less power for the monarchy.

Despite that fact that authorities have banned gatherings of five or more people which will result in arrests, Bangkok continues to be full of protesters at the time of writing. 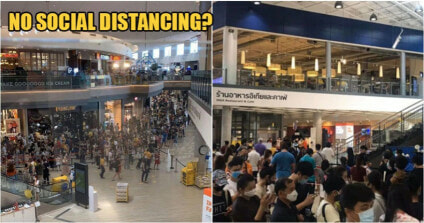