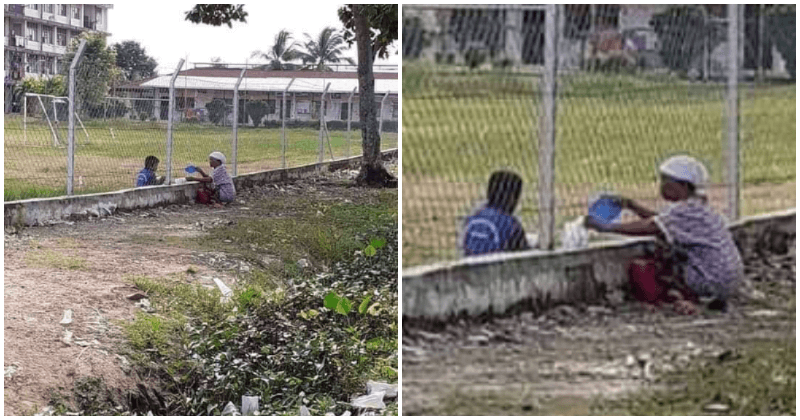 We always talk about how we should love and appreciate our parents, but there’s one other pair in the world that also deserves just as much attention, and that’s our grandparents.

One netizen, Aisyah Alawi shared a beautiful moment between a grandmother and grandchild via Facebook group, Viral Malaysia. The pictures showcased the grandmother who had brought food for her grandson while he was at school. They had sat together under the shade of a tree to eat their lunch while they had a school fence between them.

“A grandmother’s love for her grandchild. She was able to deliver food to the school during the school’s break time, which drew netizens’ attention.”

Some netizens wondered why the grandmother was sitting outside the fence instead of being inside the school ground with her grandson, to which they were told that the guards had not allowed her to enter the school grounds.

“I managed to ask why she didn’t enter the school, but another lady told me that the school’s security had denied her entry, which made me wonder why she was denied. After all, she was sending food to her grandchild and she did this everyday,” Aisyah explained via Viral Malaysia. 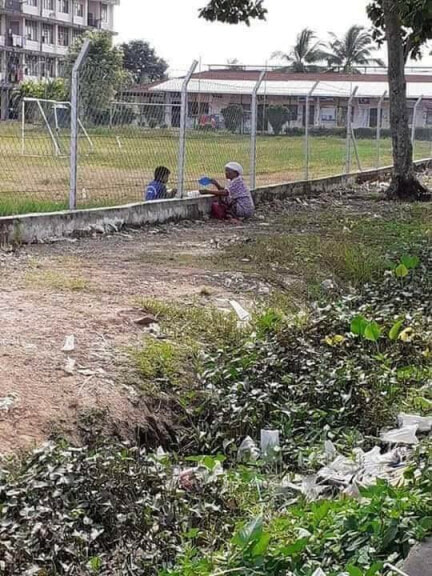 Clearly, the strict rules of the school was no match for the grandmother who values her time spent with her grandchild and found a loophole.

Her love and devotion cannot be stopped, especially when it comes to delivering some brain food for the boy so that he can study hard and smart.

Netizens couldn’t help but to share how we should all be more appreciative of what our grandparents and parents do for us, because after all, their love knows no bounds!

Be right back, calling my grandmother.

Also read: Old Aunty Travels 214km With Crackers for Her Children, But is Disowned and Cast Away Instead 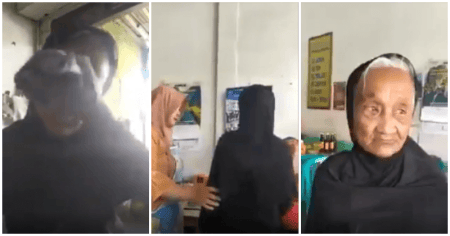