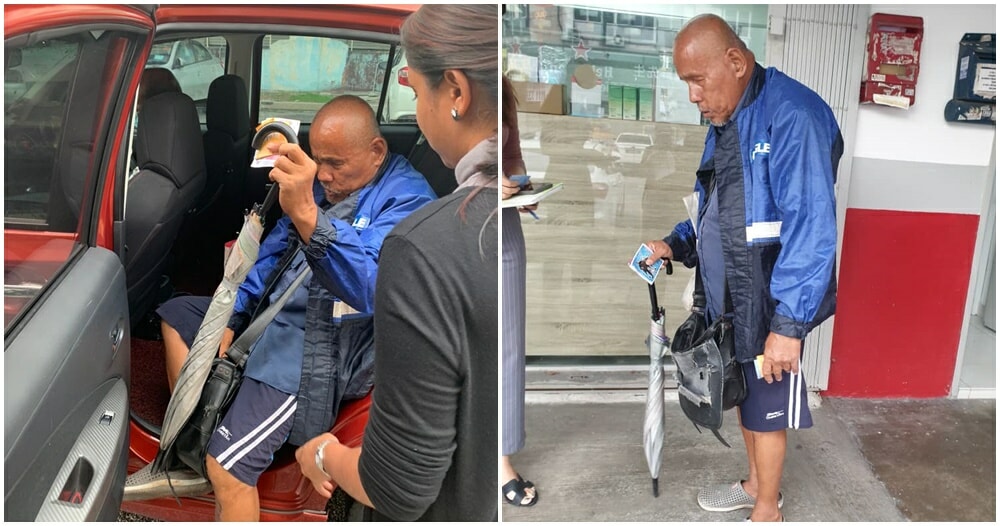 In these challenging times, it’s encouraging to see how some Malaysians are still choosing kindness. 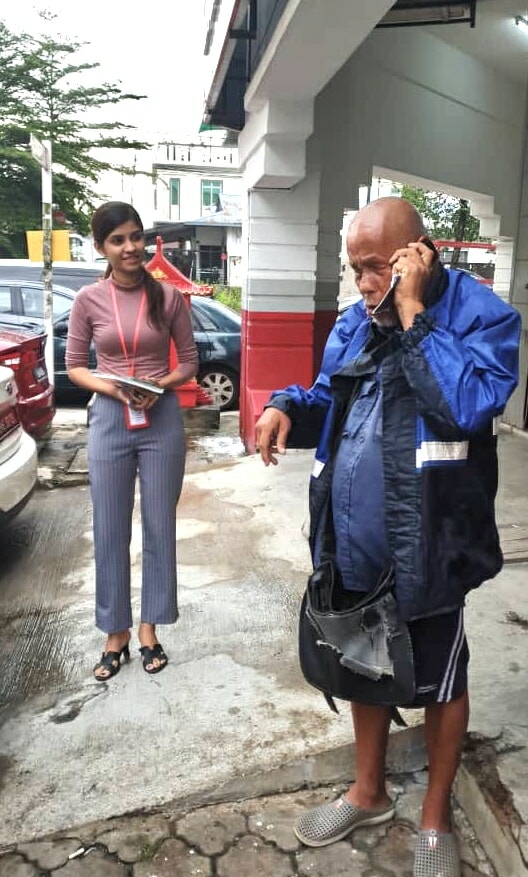 Recently, one such Malaysian reached out to WOB to share an incident she experienced a few weeks ago. An optometrist by the name of Sangeeta and her colleague were on their way to work at Aman Suria, Petaling Jaya when they came across a blind old man screaming and scolding someone on the street. It was raining heavily and the poor uncle was getting soaked in the middle of the road with no idea where to go.

Sangeeta shared with WOB that the people who were at the scene merely watched him and no one was willing to help even though it was clear that the old uncle was confused and struggling. Without wasting any time, Sangeeta and her colleague helped the uncle cross the road and asked him where he was headed. 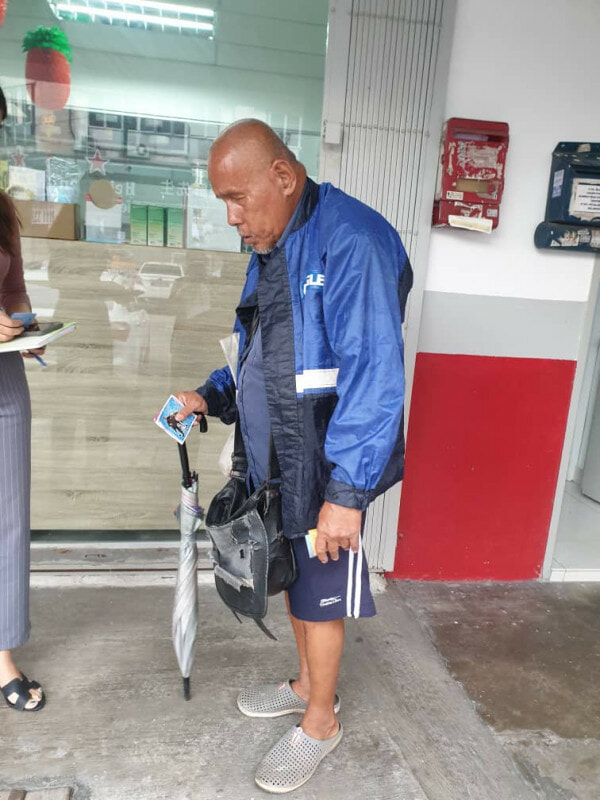 The poor uncle uses an umbrella as a cane because his white cane broke.

“He said he came to this place to sell a token ticket. If he just sells one token, he gets RM10-just enough for dinner and a Grab back home. Unfortunately, because it was raining so heavily, his token got wet and couldn’t be used,” shared the netizen.

The poor uncle was desperate for help and asked whether they could book him a Grab to Bukit Jalil. Sangeetha and her colleague immediately agreed and even gave him money for dinner. As they were talking to the uncle, they discovered that he had no family.

“There were so many questions on my mind. How does he get home? How does he know where his home is? Thinking about these things gets me so emotional. As an optometrist, I understand the feeling of being blind. We used to do many visitations to blind homes during our college time. They are so dependent on other people. Can you imagine going home like that every day?”, shared a heartbroken Sangeeta. 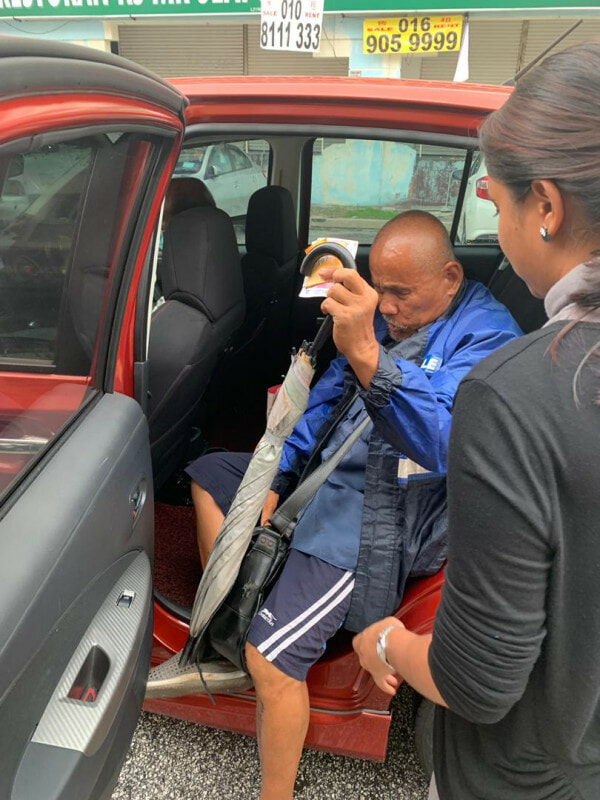 “I noticed that the white cane he was using was broken. So he uses an umbrella to help him walk most of the time,” she added. The kind optometrist then asked for the poor uncle’s phone number to help him get a new white cane. Unfortunately, the number he gave was incorrect as Sangeeta couldn’t call him back.

“But I promised him that I would get him a new white cane so I really hope WORLD OF BUZZ can help me get this story viral so someone who knows him can get his contact after seeing this story.”

If you’ve seen this uncle around, do reach out to us so we can help Sangeeta fulfill her promise. Always choose kindness, everyone! 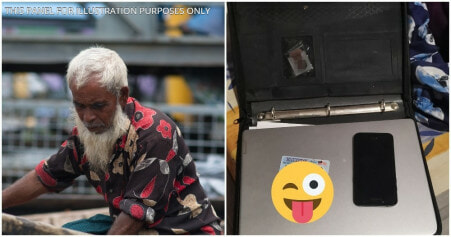