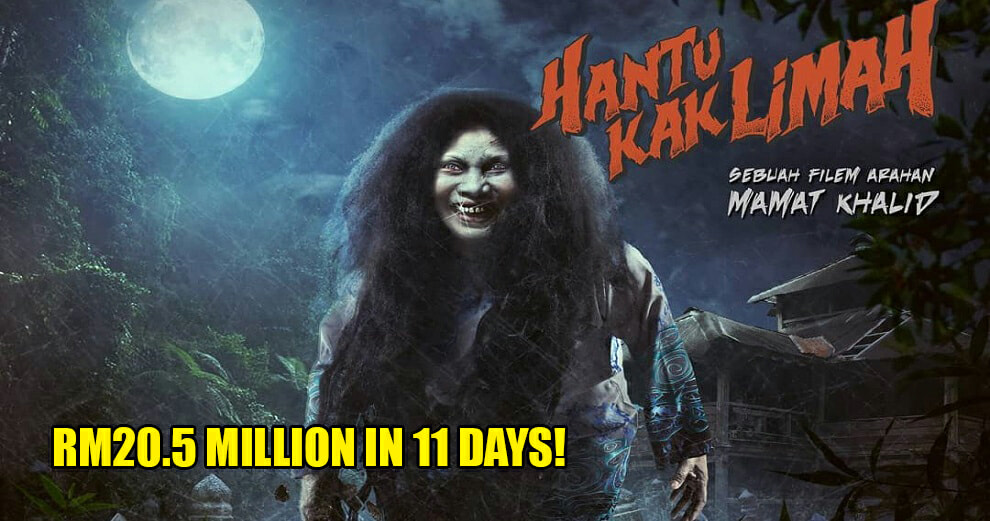 Unless you’ve been living under a rock, chances are you’ve probably come across trailers or movie posters promoting ‘Hantu Kak Limah‘. We don’t know about you, but it’s certainly piqued our interest!

Well, according to Astro Awani, you may be surprised to know that this horror-comedy just became Malaysia’s highest-grossing local film of all time, earning an impressive RM20.5 million within just 11 days of its release! 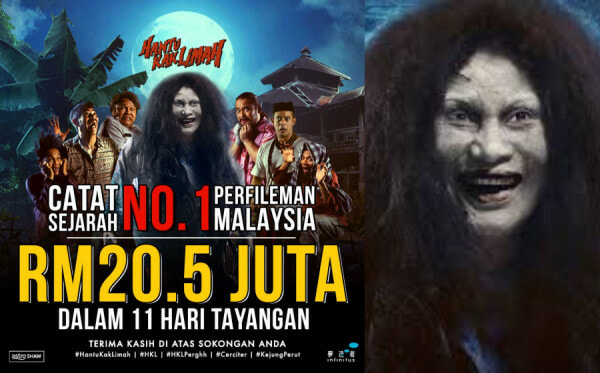 This latest instalment set in the fictional Kampung Pisang follows Kak Limah, who died under mysterious circumstances just after marrying a younger man. However, the residents of Kampung Pisang sense something is amiss, and believe that Kak Limah’s spirit is haunting the village. Check out the trailer below.

Hantu Kak Limah is currently playing in 146 cinemas across Malaysia, so if you’re curious about this movie, be sure to check it out while it’s still showing!

Also read: A Local Movie Inspired by GE14 is Coming Out This 13th September! 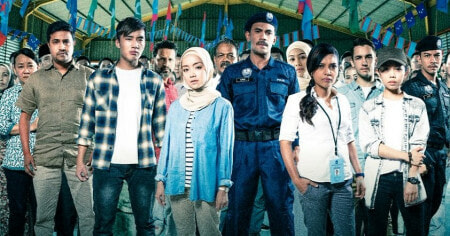