This is not the first time we’ve heard about the death of an endangered species and it seems like there is no end to incidents like these.

On 26 May, the carcass of a female green turtle was found floating near the shore in the southern part of Pulau Kapas. The bottom part of the turtle, also known as the plastron, was found slit open. Locals and a sea turtle research group believe that perpetrators cut open the turtle in an attempt to retrieve its eggs. However, its organs still remained intact when it was found by a resort operator from Kapas Turtle Valley Resort at 2.50pm. 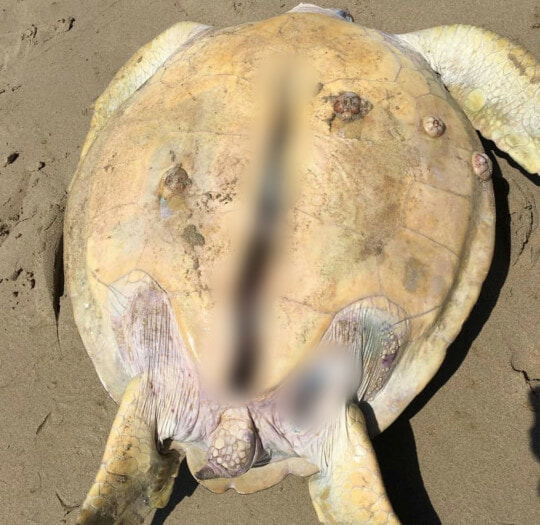 Since its remains were still in a good condition and showed no sign of bloating, it is believed that the turtle’s death was recent.

Speaking to WORLD OF BUZZ, Farith Rezza Isa, Secretary of Kapas Conservation Society said an official report has been made to the Department of Fisheries Malaysia (DOF) and a quick post mortem has been executed yesterday (27 May). However, the perpetrators remain unknown and no one has been detained yet as of today (28 May). 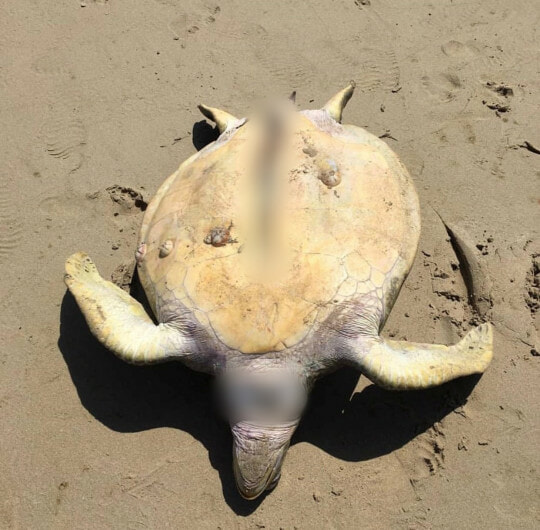 Sea turtles are seriously endangered and the Kapas Conservation Society believes that the perpetrators, whether it’s local or foreign fishermen, should be punished accordingly.

“Even though Pulau Kapas has been gazetted as a marine park, there are still boats within one nautical mile that are carrying fishing activities, including netting, which most likely trapped this turtle,” he said.

Farith also issued his concern over the safety of the turtles in Pantai Derdap (north of Pulau Kapas), hoping that the authorities will consider gazetting the place as well as it is the main beach where most turtles lay their eggs.

Thankfully, Terengganu authorities have decided to ban all egg trade by the end of the year due to a “sharp decline in arrivals of all types of turtle species in Terengganu.” Hopefully, this helps limit illegal fishing acts against turtles in the country.

“We are helping to assist by patrolling the beach to make sure the turtles landing in Kapas for nesting season are left untouched and unharmed,” Farith added.

What do you think of this story? Let us know in the comments section. 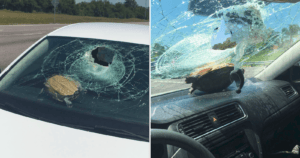