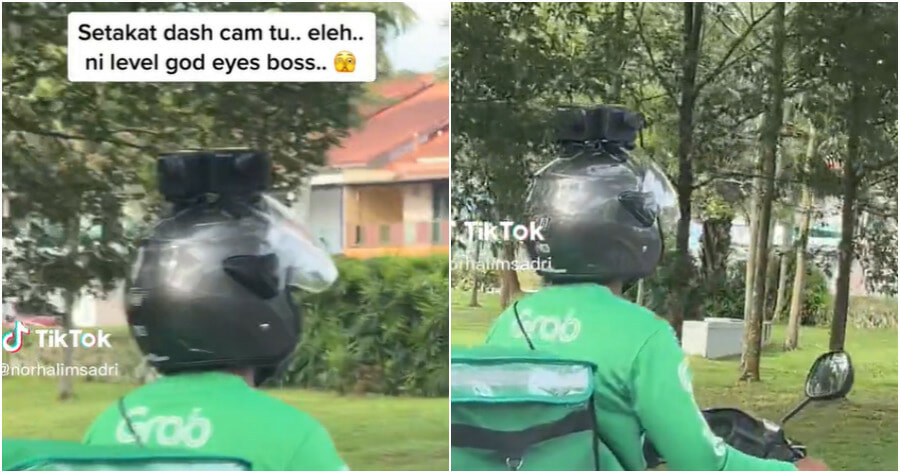 Being on the road is perhaps one of the most dangerous places to be nowadays. With some drivers running against the red lights or speeding on the road without any fear, sometimes we need to come up with our own safety measures, aside from being alert ourselves.

Just recently, a Malaysian by the name of Halim shared a video on his TikTok account, which showcases a Grab delivery rider who was wearing a rather unique helmet. His helmet has a 360-degree view camera mounted on top of it. The caption in the video quoted,

“Dash-cam is nothing. This is God’s eye level.” 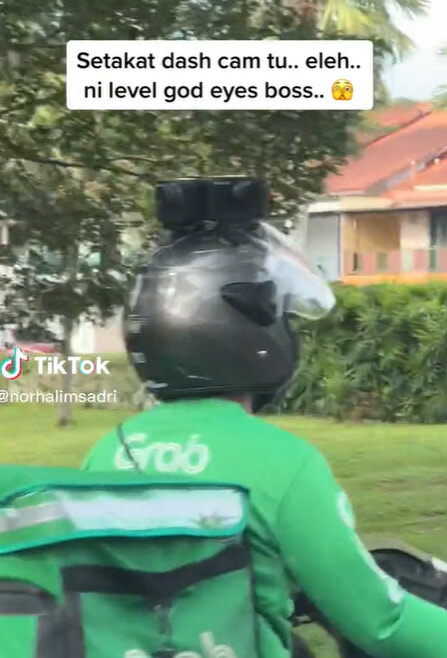 Speaking to WORLD OF BUZZ, Halim said that he captured the video in Bandar Dato Onn, Johor Bahru.

Halim is also not the only one who was amazed by the camera, as netizens also expressed their amusement in the comment sections.

“He’s just protecting himself from the weird drivers out there.”

“Don’t screw up when he’s around.”

“The people who hit him can’t say anything. Just accept your fate.”

“Too many problematic drivers out there, so he has 4 eyes on.”

If you happen to get into an accident with this rider, rest assured that you’ll be going nowhere as he may have all the evidence of your offense. Folks in JB, have you encountered this rider while you were on the road?

Also read: Abang Rider Insists On Not Cancelling Food Order Despite Flood, Walks To The Shop Instead 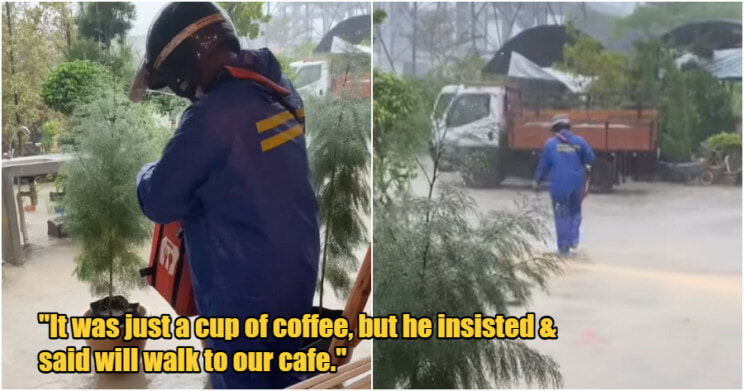