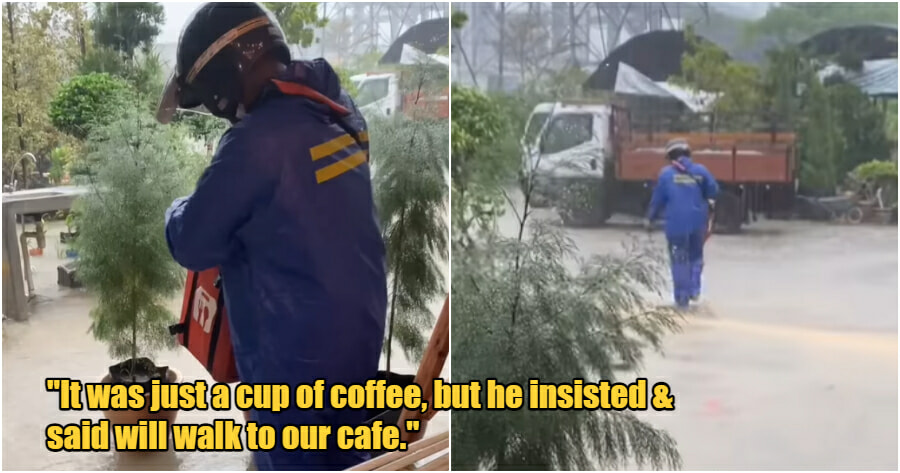 Without food delivery riders, our sudden cravings can hardly be satisfied as we might be lazy sometimes to “hunt” for the food ourselves. It’s not an exaggeration to say that riders sometimes risk their lives just to get the food to our doorsteps.

Yesterday (7 March), a cafe in Bukit Jalil, Brew N Bloom shared a video via their Facebook page. The video shows a food delivery rider who defied the odds and insisted on NOT cancelling the order despite the bad weather. Brew N Bloom is among the places that were affected by the flood that struck parts of Klang Valley yesterday. 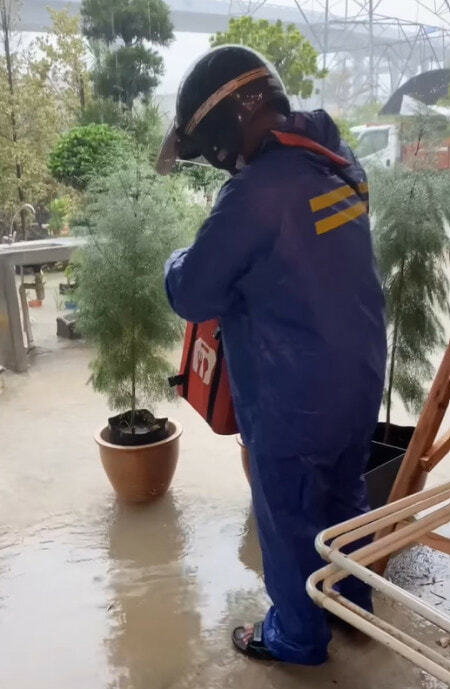 In the caption, it is stated that the cafe initially wanted to call the customer and cancel the order due to the flood. They had also informed the rider about it so that it would save him the trip. However, despite being just a cup of coffee, the rider insisted otherwise.

“The rider said it’s fine. He’ll park his motorcycle somewhere else and he’ll walk to the shop,” the cafe stated.

In the video that you can watch below, the rider hesitated to show his face when the woman was recording as he was shy. The woman thanked him before he left for his motorcycle in the heavy rain. The flood may not be that bad in the area, but his willingness to through the muddy water and the rain is certainly admirable!

The video has since gone viral and netizens have mostly asked for the committed abang rider to be tipped! 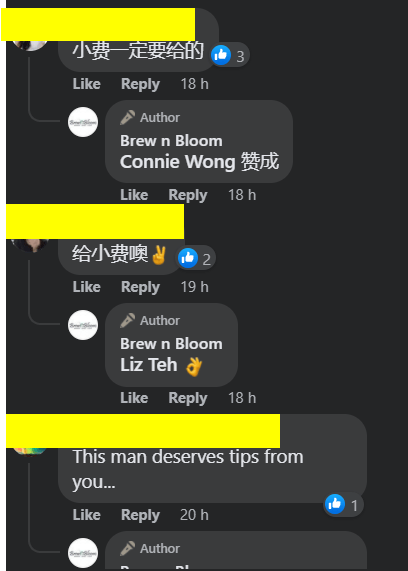 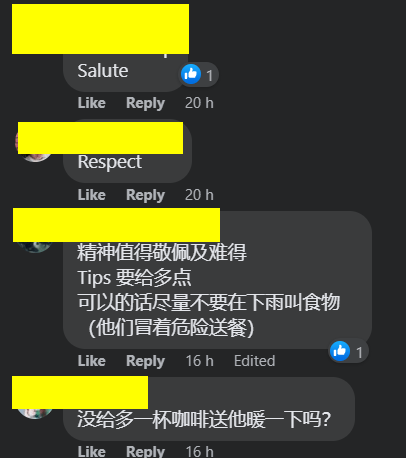 “This is admirable! Should give him more tips! If possible, remind him to not deliver food in the rain, it’s risky.”

“Did you give him an extra cup of coffee to warm him up?”

To the abang riders out there, we are all indebted to your service but in the meantime, do be careful out there especially when the weather is pouring! 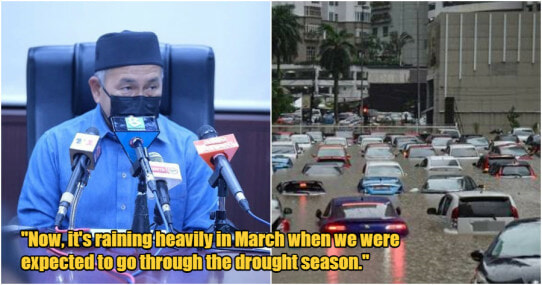