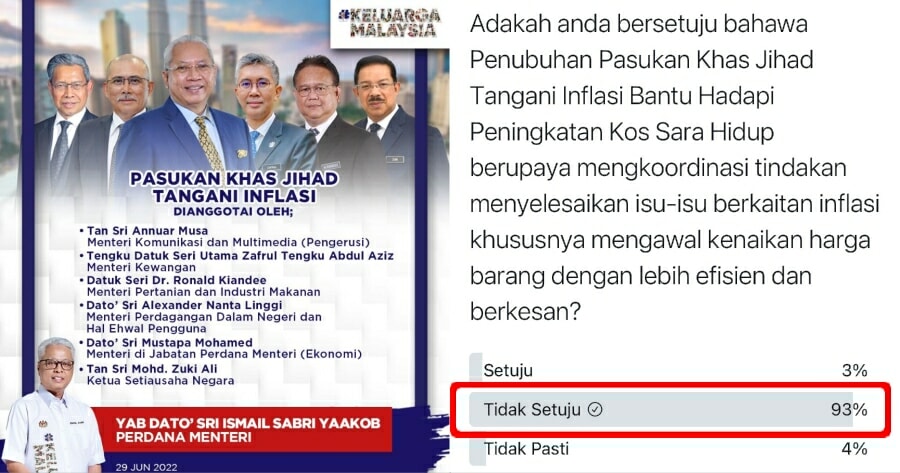 The recently announced, newly-formed Jihad Task Force to fight inflation hasn’t been well received by the general public for various reasons. One of these reasons is that those among the committee members are ministers recently caught wearing and using branded luxury items.

Since then, a poll asking people if they support the notion of the committee has been published, whereupon it was promptly removed by the Prime Minister’s office due to the negative results received. And it has predictably garnered incredibly unfavourable reactions from Malaysians.

Local politician, Syahredzan Johan, took to his Twitter profile to showcase a screenshot of the poll while asking a simple yet essential question, “Why did you delete it?” 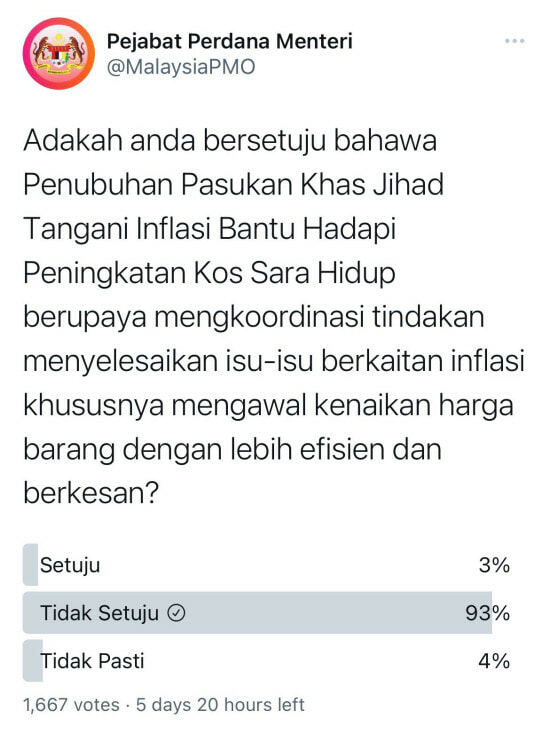 The poll read, “Do you agree that the establishment of a special jihad team to deal with inflation to help deal with the rising costs of living will be able to coordinate actions to resolve inflation-related issues, especially in controlling the increase in prices of goods more efficiently and effectively?”

93% of people responded no, they do not agree.

The poll has since been deleted and netizens are not happy about it.

“Many people have disagreed, so they delete it. The results are not in line with what they want.”

“Majority has disagreed. The Prime Minister still proceeds with it. Since when does he care about the opinions of the people? That is Keluarga Malaysia. It’s just a name.”

Do you agree that the government is trying to cover up the people’s dissatisfaction over the newly-formed inflation task force? 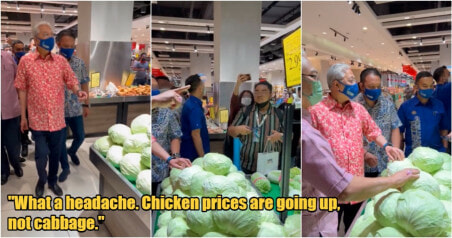