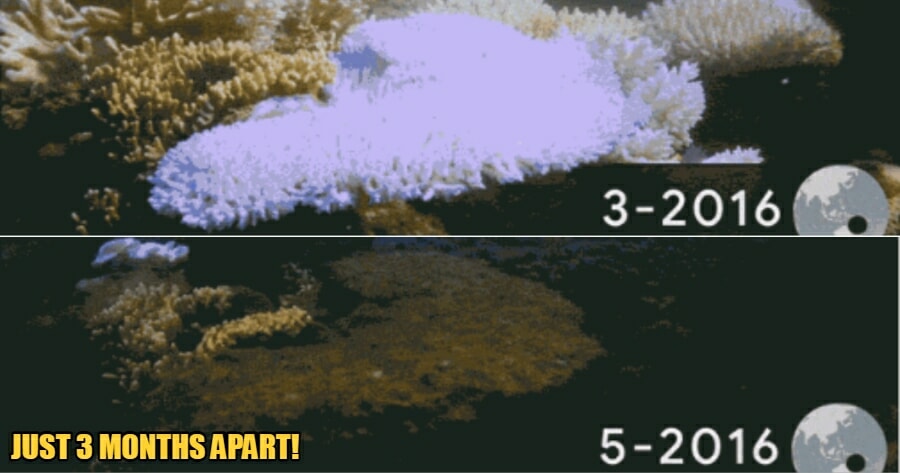 If you’re searching for something via Google today, you’re going to notice a very interesting Google Doodle!

In conjunction with this year’s Earth Day (which is today, 22 April, btw!), Google is showcasing intense before and after climate changes to help spread awareness on the health of our environment.

Included in the doodles showcased are:

The glacier retreat in Sermersooq, Greenland. The images showcased are a comparison taken from December 2000 and December 2020.

The glacier retreat at the summit of Mount Kilimanjaro in Tanzania, Africa. The images shown are a comparison taken from December 1986 and December 2020.

The destruction of the Harz Forests in Elend, Germany, due to a bark beetle infestation caused by rising temperatures and severe droughts. The images showcased are a comparison taken from December 1995 and December 2020.

Coral bleaching at the Great Barrier Reef at Lizard Island, Australia. The images in this comparison were taken mere months apart, from March 2016 and May 2016. Coral bleaching happens when water temperatures rise due to global warming.

“Acting now and together to live more sustainably is necessary to avoid the worst effects of climate change. Go here to learn more about climate change and how you can take action,” Google shared.

Based on a report by The Indian EXPRESS, this year marks the 52nd anniversary of Earth Day and its theme is ‘Invest In Our Planet’.

“This is the moment to change it all – the business climate, the political climate and how we take action on climate. Now is the time for the unstoppable courage to preserve and protect our health, our families and our livelihoods,”

“For Earth Day 2022, we need to act (boldly), innovate (broadly) and implement (equitably). It’s going to take all of us. All in. Businesses, governments and citizens – everyone accounted for and every accountable. A partnership for the planet,” earthday.org shared.

So, if you want to do your part, here’s something you can start with! Happy Earth Day, everyone.

Also read: These Scientists Got Arrested For Trying To Warn Us Of Potential Destruction & We NEED To Listen