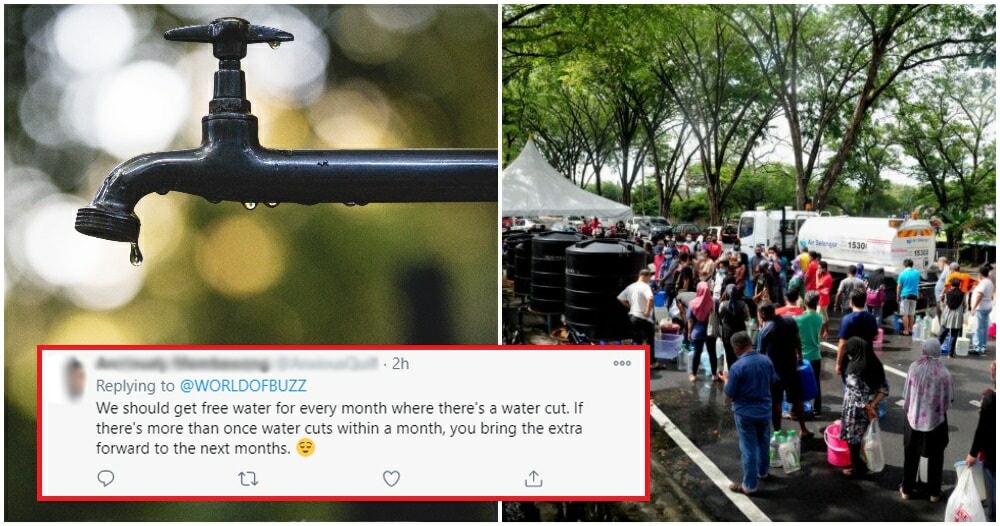 Disclaimer: This piece reflects opinions collected from our readers. It does not necessarily reflect the opinions or beliefs of WORLD OF BUZZ.

If right now you’re opening your tap but to no avail, it means that Air Selangor has struck again and Selangorians are facing another round of water cuts due to an unidentified source of pollution. The water cuts were announced today (10 November) by Air Selangor after a water treatment plan (LRA) at Rantau Panjang, Sungai Selangor Phase (SSP) 1,2 and 3 stopped operating.

Whenever these water cuts are announced, our first thought is always anger which morphs into frustration. Not only is everyone confined to their homes due to the Conditional Movement Control Order (CMCO), but some Malaysians will also be celebrating Deepavali this Saturday (14 November). To get a clearer idea, we asked our readers, “If you could say one thing to Air Selangor about the water cuts and how they’re handling the situation, what would it be?”

If you could say one thing to Air Selangor about the water cuts and how they're handling the situation, what would it be?

More than 100 readers expressed their opinion and while some of them chose to use some colourful profanities or the usual “Ini semua salah DAP” (This is DAP’s fault), there were also readers who said exactly how severe this issue is. One reader, interestingly, said this is karma for all the pollution we do.

“Sack the management, don’t always put the blame on the polluter,” another reader said.

Over on our Twitter, we asked the same question and our readers had similarly interesting response especially one reader who suggested compensation for Selangorians who’ve had to suffer from water cuts years on end.

“We should get free water for every month where there’s a water cut. If there’s more than once water cuts within a month, you bring the extra forward to the next months.”

Is the issue being taken seriously?

On 27 Oct, Raven Baxter, an American molecular biologist retweeted her tweet regarding the news that water has been found on the moon. She said that while we’re celebrating water being found on the Moon, most Selangorians are experiencing a water shortage due to pollution in raw water sources. While Malaysians were amazed that this problem has reached international waters and slightly even embarrassed, none of our local politicians or even Air Selangor spoke up about this. 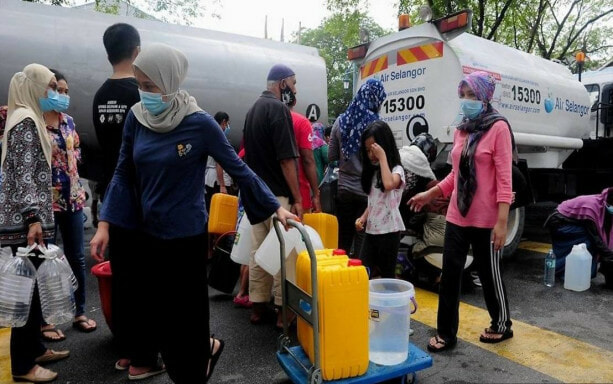 As for now, the only consolation we have is that LUAS and the Selangor Menteri Besar, Amirudin Shari confirmed that the minimum fine from now on for anyone convicted of river pollution is RM200,000 and not more than RM1million with maximum jail time as a deterrent factor.

The water problem is not something that started this year or even last year but in fact it has been going on for so long that Selangorians are no longer surprised. Disappointed for sure, but are they surprised? Who is to blame? Air Selangor, LUAS, politicians, irresponsible corporations or karma? It’s easy to give sympathy from your ivory tower but at the end of the day, it’s common people who suffer the greatest. 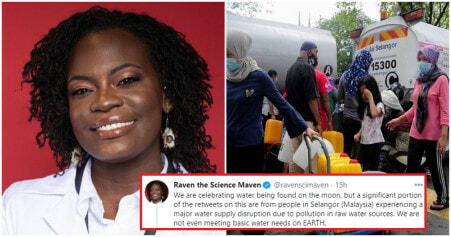