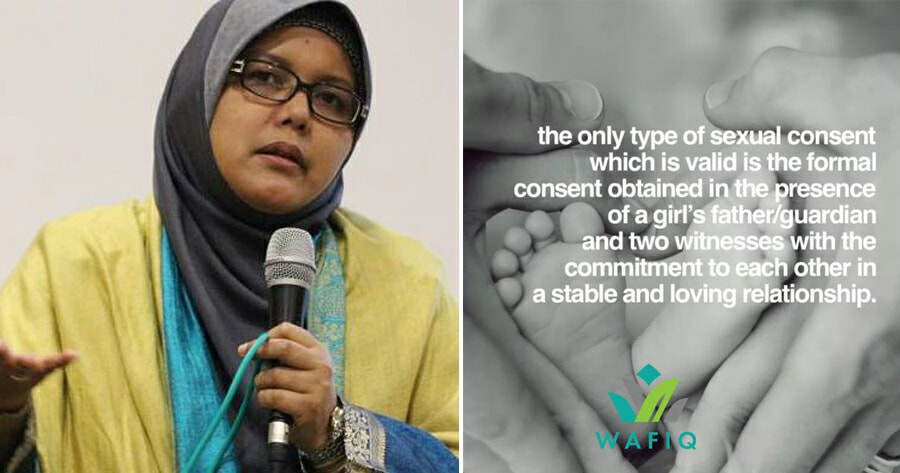 People typically talk about consent in the context of some kind of sexual or physical activity with a partner. In a healthy relationship, both partners are able to openly talk about and agree on what kind of activity they want to engage in.

But President of The International Women’s Alliance for Family Institution and Quality Education (WAFIQ) has a different definition for the word “consent”.

In a post on Twitter on 8 June, Rafidah Hanim Mokhtar says that “the only type of sexual consent which is valid is the formal consent obtained in the presence of a girl’s father/guardian and two witnesses with the commitment to each other in a stable and loving relationship.” 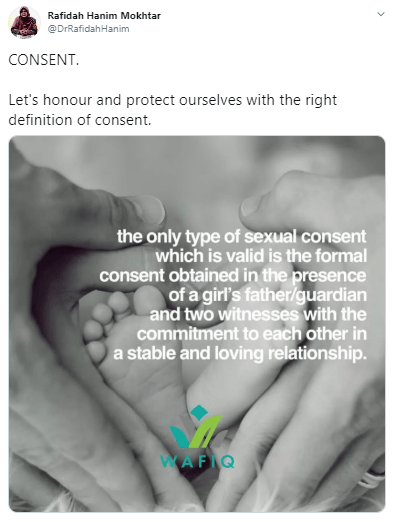 Netizens, of course, chimed in with many saying that consent should not come from another person other than oneself.

“Your consent is yours alone. If your father/brother/uncle asks you for sex, you can say no! They do not have rights over you. Your body is yours alone,” one netizen commented.

“Err what?! Adults of legal age agree and take responsibility come what may, that’s consent,” another commented.

“You are WRONG! Consent ONLY occurs between the adults of legal age who wish to engage in sexual activity. ONLY them! What you are alluding to is PERMISSION which essentially TAKES AWAY the girl’s ownership of her own body.”

“It seems consent concept revolves too much around extramarital relationship as a ‘standard accepted culture’. This must be corrected,” she said.

In response to Marina Mahathir, she said that “the poster is about the pillars of marriage (Rukun Nikah) in Islam.”

“It’s the concept of CONSENT FOR SEXUAL INTERCOURSE which should be made within the framework of marriages. This is to correct the wrong assertion on CONSENT for extramarital sex.”

“Marriage is not ONE NIGHT STAND. There are well defined contract and witnesses to affirm.”

“MARRIAGES do have problems but there’s a way out of, if it doesn’t work. There are courts, systems. But individuals CONSENT in extramarital relationship (as we’ve seen in recent cases) victimizes woman in the long run.” 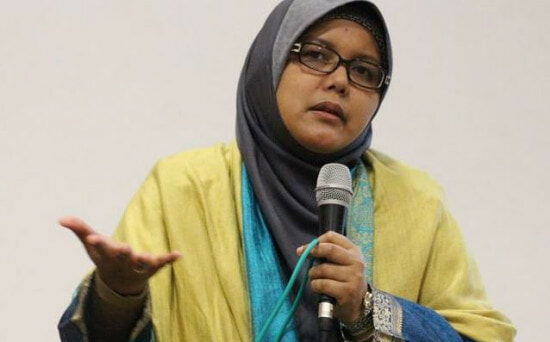 However, others highlighted what happens to girls in countries like India and Indonesia where girls are sold into ‘contract marriages’. 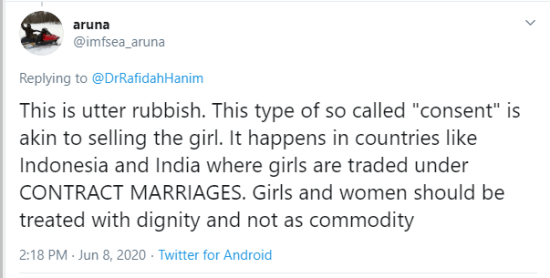 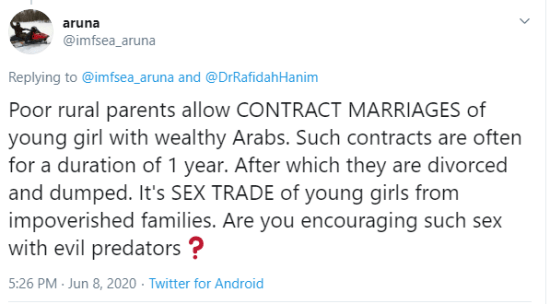 The Vice President of I-Medik and Co-Chairperson of MACSA later posted another Tweet saying that pre-marital sex “opens one to exploitation”. 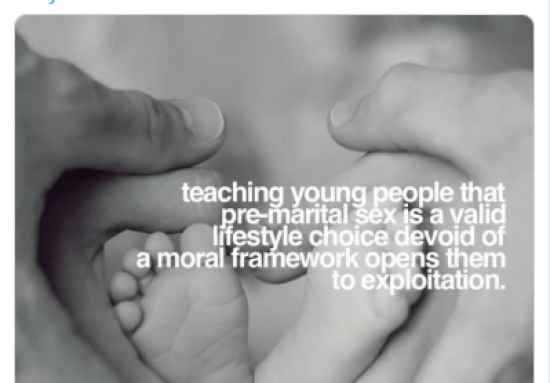 But netizens continue to refute her.

Meanwhile, there were some who supported Rafidah’s views and gave their opinions on the matter as well. 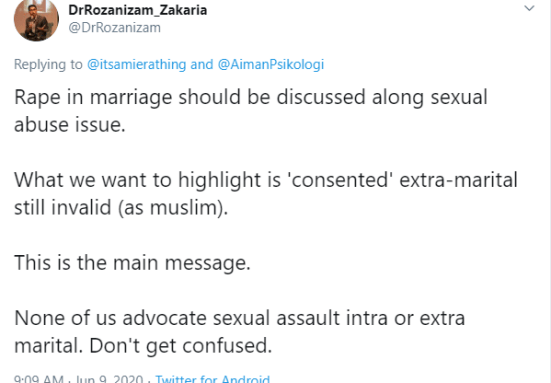 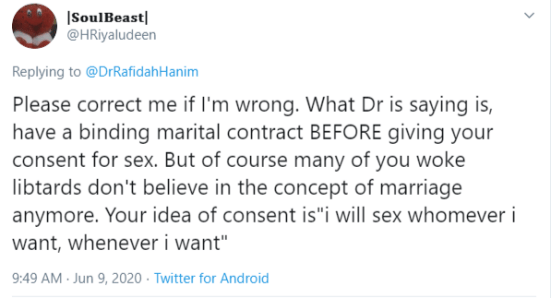 Well, what do you think of Rafidah’s post about sexual consent? Let us know in the comments below.