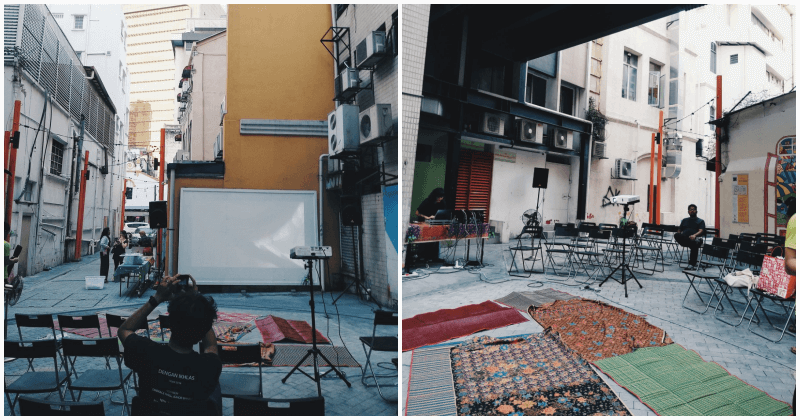 When you ask Malaysians about what they think brings them together as a community, you’ll probably receive ‘food’ as a unanimous answer, and they’re definitely not wrong. But in the shadows lie an unsung hero of Malaysian heritage that rarely gets put on the spotlight, which are films created by local filmmakers.

A former filmmaker, Bea Leong has created an amazing initiative where she would show our local films at a random KL backalley for everyone to enjoy – and ANYONE is welcomed to join! This is a cinematic experience like no other, not to mention how ‘raw’ it would feel.

By the way, did we mention that it’s free? 😀

Bea Leong, spoke to WORLD OF BUZZ about why everyone should experience it and how she came up with the idea. 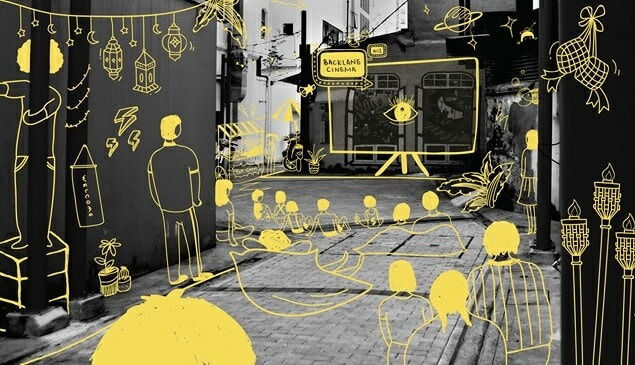 You don’t have to pay anything for the screening!

Imagine being surrounded by gorgeous graffiti and painted murals with the sunset beaming through KL’s classic building tops, all while watching some good local flicks.

Besides chairs, the place has traditional mats or tikars for you to lounge on. But do be prepared by bringing your own just in case there’s more crowd!

That’s not all because according to Bea, attendees get a little tour of downtown KL and since the screenings take place in different locations, folks get to learn a little more about different parts of town.

Since the public doesn’t have to pay anything, how do they survive? Well, this is only sustainable because the team received a grant from Think City, who is working with DBKL to empower individuals & businesses to collectively revitalise places such as historic buildings, laneways and other public areas.

This whole project is done by the amazing BacKLane Cinema team which comprises of team behind REXKL & Filemmakers Anonymous btw! 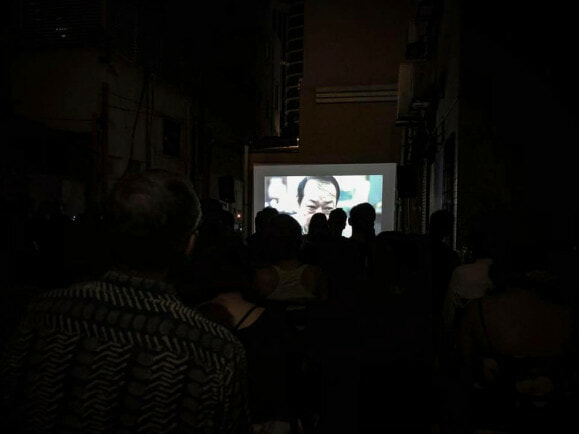 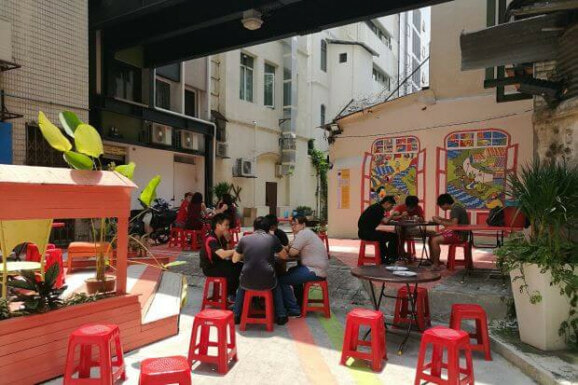 How the it all began

One day, Bea’s friend and REXKL team member, Shin Tseng had asked her if she wanted to try anything out with the space behind his cafe (The Geographer Cafe @ Jalan Tun HS Lee). Bea had always wanted to put up ‘wayang pacak’ or portable cinemas around town, the dream also aligned with Effa from Filemmakers Anonymous which brought about the partnership, so that opportunity only seemed golden. “There is something about being outdoors watching a film, sitting on mats, instead of going to a cinema in a shopping mall.”

And thus, the idea was born. 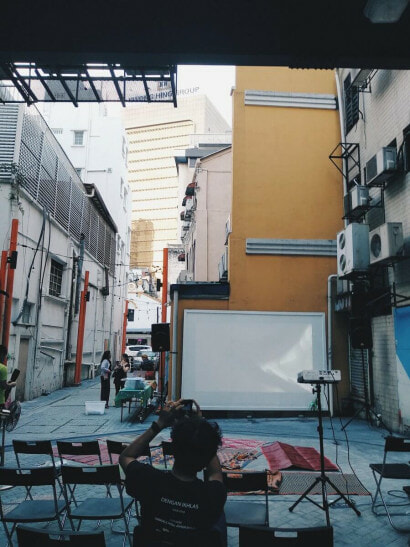 BacKLane Cinema’s next appearance will be on the 13th of June (stay tuned for the location) and will be popping up every fortnight!

Currently, this venture is only based in the streets of Kuala Lumpur but Bea has formatted it in such a way that anyone from anywhere can use this initiative to create their own version in other cities.

For future locations, do check out BacKLane Cinema’s Facebook page. Also, if you’re keen to volunteer, feel free to drop them as message too!

Also read: This Local Short Film Shows The Reality of Growing Up As A Mixed Race Malaysian 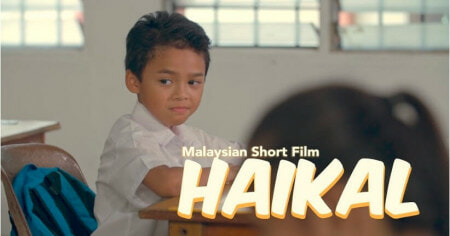