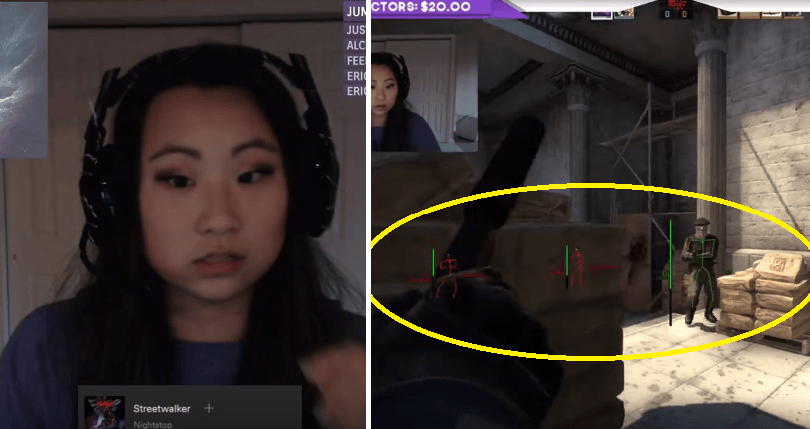 Gaming is one of the fun ways to de-stress. In shooting games such as Call of Duty (COD), Overwatch (OW) and Counter Strike: Global Offensive (CSGO), it feels as though we are killing the stress when we kill enemy players (team killing works too sometimes).

Unfortunately, in the bid to be the very best, many people with no skills would start using cheats just to have a higher rank.

One girl from America who goes by the nickname, MissQGemini, is a CSGO player and Twitch streamer. She was caught cheating while LIVE-streaming her game play in early June, 2017, Game Rant reported. 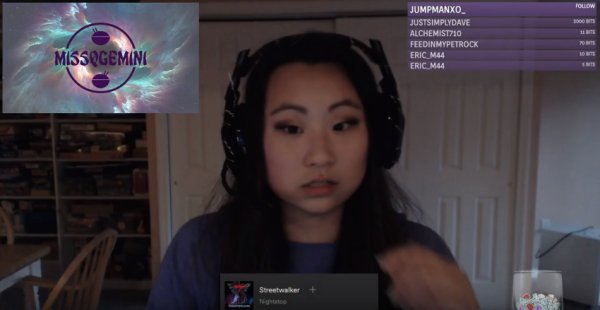 Instead of admitting to her deception, she further created pathetic lies just to cover up the situation. And this was all done AFTER she ranted about being called a cheater. Bruh…

What happened was, during the warm up before the rank match started, MissQGemini opened a cheat profile to set up her cheats.

The first round then started and she went on to play her game as usual but we could see her cheats showing on stream. 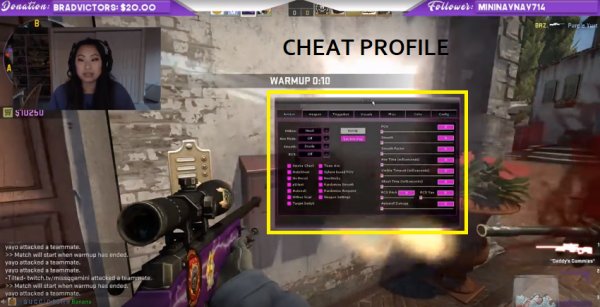 Skeletons of nearby enemy players could be seen through the walls and information such as their health points, armour and even what type of gun they’re using was displayed too.

After losing the first round, MissQGemini checked her Twitch chat only to notice her viewers telling her that her cheats are showing.

In a desperate attempt to cover up her epic fail, she decided to come up with some lame excuse.

“Do you guys ever get that weird glitch in CS:GO where it shows your rank, it shows everyone’s rank?”

“Because my game; I played the other day with Rock and he got that and now I have it. I don’t know why. It’s weird.” 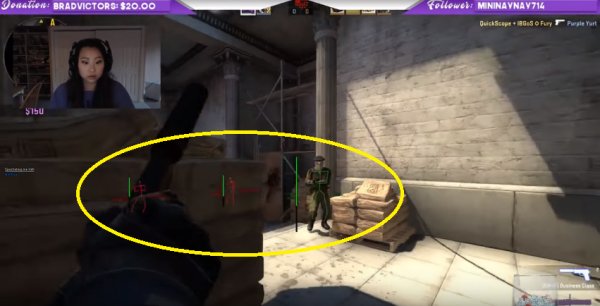 Then, she abruptly leaves the game screaming in frustration about a girl called ‘Clara’. Apparently, this Clara girl was over at MissQGemini’s house earlier and was using her computer. Sureeee.

“Clara! Let me message this girl. Why the f*ck is this on my computer right now. Where is this? How do I close this?”

She even feigned having zero knowledge about the cheat profile and proceeded to ask another friend how it works. Soon after, she decided to uninstall CSGO from her computer because she didn’t want to be Valve Anti-Cheat (VAC) banned.

Then, she ended the stream.

Check out how MissQGemini raged about being called a hacker and then blatantly cheats right here:

It was later revealed that her Twitch account was banned but she actually disabled it and opened a new one called ‘TheDjinnnn‘. A viewer also clipped her moving all her skins from the previous profile to a new one just before it finally got VAC banned.

Her skins cost thousands of Ringgit as the M9 Bayonet Doppler knife she had in the game alone already costs RM1,300 on Steam Market!

Besides that, the Hunstman Ultraviolet knife costs almost RM700, the AK-47 Fuel Injector gun clocks in at RM160, and a bunch of her skins are priced between RM10 and RM50.

And she had a LOT of skins!

When news of her cheating went viral online, many netizens called her an outright cheater and reported her on both Twitch and Steam.

Others also (sarcastically) blamed Clara for this terrible case of cheating. The case became so popular in the CSGO community that even professional players such as Freakzoid, Summit1G and Autimatic came to know about it.

An ex-pro player, moE, also watched the clip of when MissQGemini was caught cheating and started making fun of her lies. 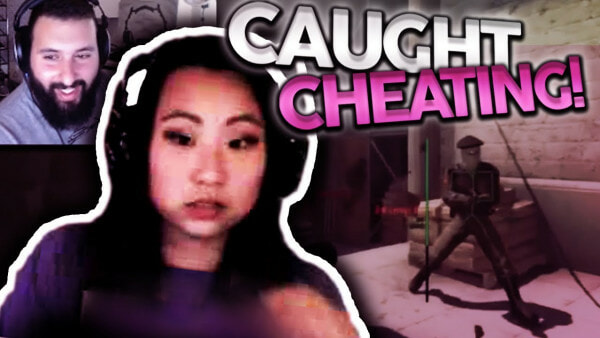 “This is so cringe to watch”.

Whatever the reason may be, cheating won’t really get us anywhere. In the end, it is best to actually hone your skills instead of using pathetic cheats like this. 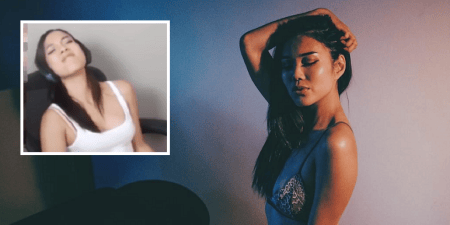