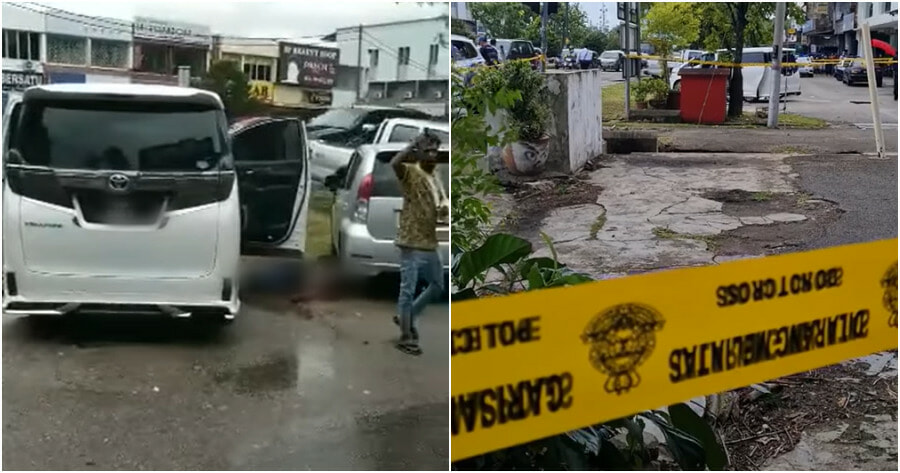 Do you know that feeling where something feels distant, as if it only exists in movies or the news until it actually happens to you or someone around you?

Visitors to a restaurant in Sungai Petani, Kedah must have felt this way when 8 gunshots were heard reverberating throughout the area on 25 May.

According to New Straits Times, the incident which took place at 12:30pm saw the victim die on the spot “when he was shot 8 times in the body and face at point blank range next to his multi-purpose vehicle (MPV).”

In the video posted in the Facebook group INFO BERITA SEMASA, an Indian man is seen laying motionless on the ground next to a white MPV while another man in an arm cast who seemed to be distressed was seen pacing around the crime scene.

The victim was allegedly buying takeaway food with his wife and children at the restaurant before it turned into the crime scene.

This means that his family bore witness to this horrific incident. Can you imagine the trauma inflicted on them?

What has been uncovered?

Meanwhile, police investigations have shown that the victim is allegedly a triad leader who “had just claimed top position in the underworld gang recently“.

Reports show that this piece of information was revealed by a man who is allegedly the victim’s friend. He had followed the victim and his family to the restaurant in Jalan Kampung Baru.

The 34-year-old friend had also apparently admitted to being a member of the triad.

“The man had admitted that he is a member of the underworld gang. He claimed that the victim had just been appointed as the gang leader.” 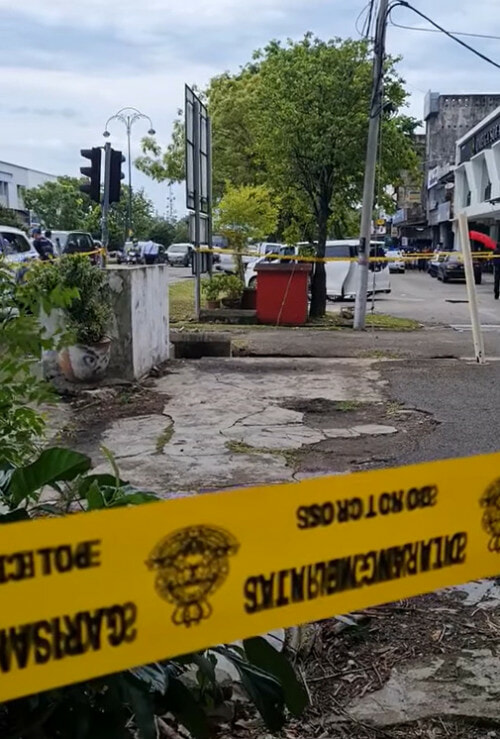 Following the revelation made by the victim’s friend, another source had disclosed to the police investigating the assassination that the incident could have possibly been “triggered by dissatisfaction among disgruntled members or a power struggle within the gang”.

Do you have any thoughts on this incident? Let us know in the comments!

Also read: PDRM Arrests 8 Men Involved in Fight in Klang Restaurant Which Was Apparently Over a Girl 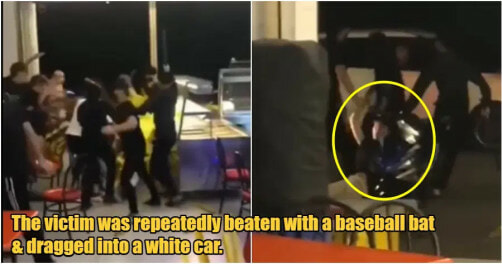