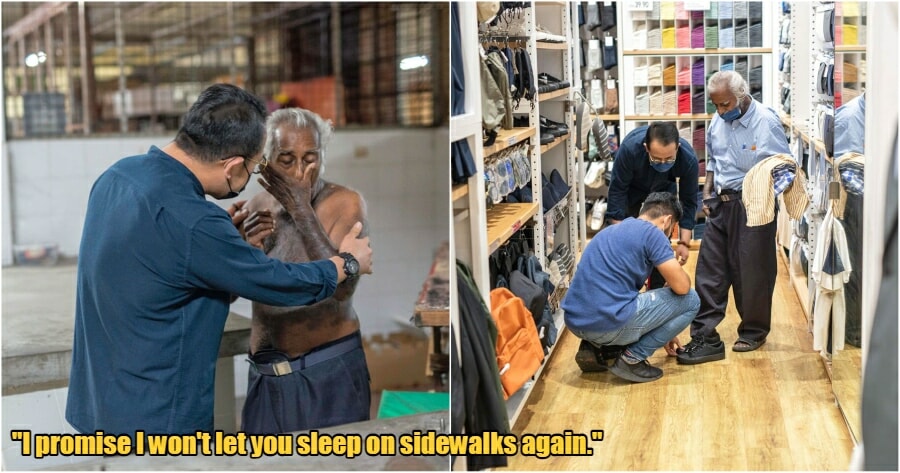 It’s no secret that Malaysia is full of struggling people who have been forgotten and left to fend for themselves.

One of these people is Uncle Kanda, a former security guard who lost his job after he had gotten into an accident and has since been sleeping on the sidewalk at the public market in Bukit Mertajam, Penang.

The Bukit Mertajam member of parliament, Steven Sim Chee Keong, has since stepped in to help the uncle with his housing issue and has also found him a new job as a security guard so he won’t have to go hungry again. 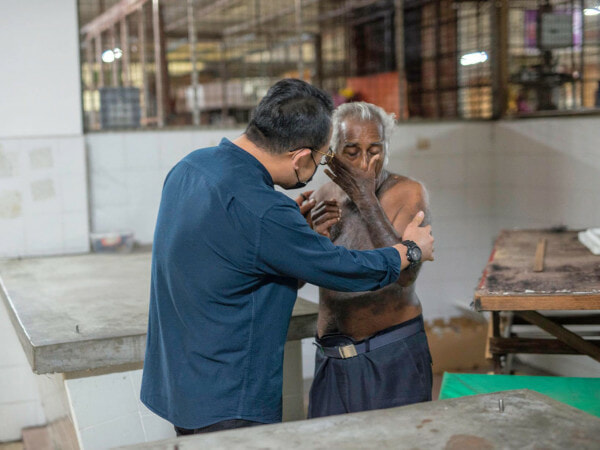 He wrote, “Last night while I was in Melaka, I received a message from a netizen asking me to help an uncle who was sleeping at the public market in Bukit Mertajam. I quickly rushed back and reached Bukit Mertajam at 2am, and immediately went to look for the uncle.”

“When I arrived, Uncle Kanda was already asleep on the sidewalk. It was so heartbreaking and I was unwilling to see an uncle of that age, who could already be somebody’s grandfather, in such a condition. That night, I took the uncle to a nearby hotel. He told me that he hasn’t slept on a bed in six months.” 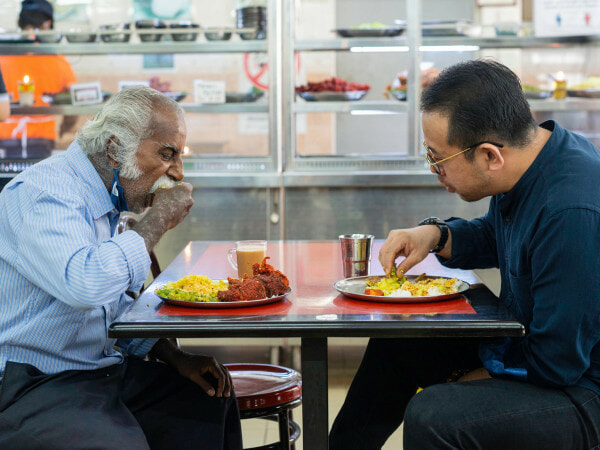 He told Uncle Kanda, that from then on, he would never have to sleep on sidewalks again.

The next morning, Steven took Uncle Kanda for breakfast before taking him shopping for new clothes and a new look. 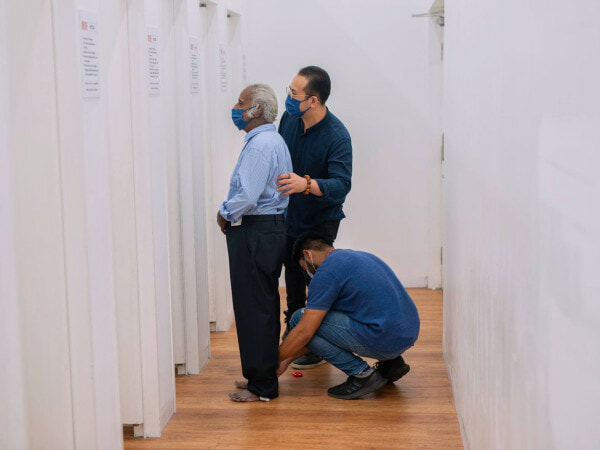 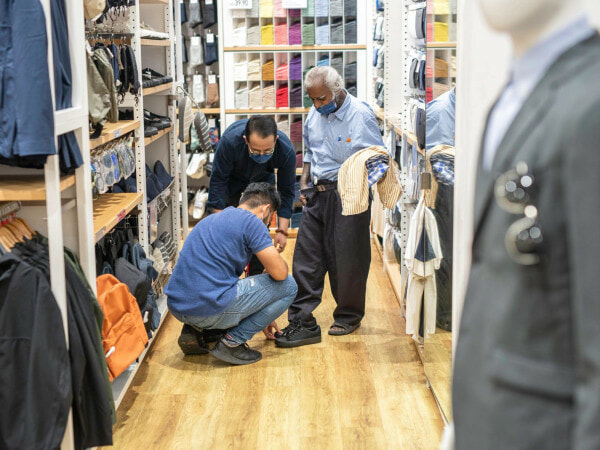 “Uncle’s clothes were too shabby and bad, so we took him to my favourite shop, Uniqlo. We bought him new shirts, new pants, belts, socks, shoes, everything was new. With new clothes must come a new hairstyle. Uncle wanted a style that looked like Shah Rukh Khan but I told him my powers were not up to that level. But I could still afford to make him look younger and a little stylish,” he added. 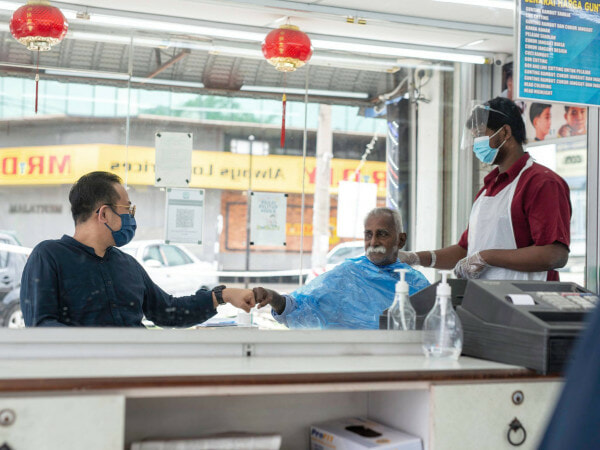 They also visited a doctor to give Uncle Kanda a medical check-up and found Uncle Kanda to be in great shape. He just has a minor skin condition, to which the doctor gave him an injection and some medicine. 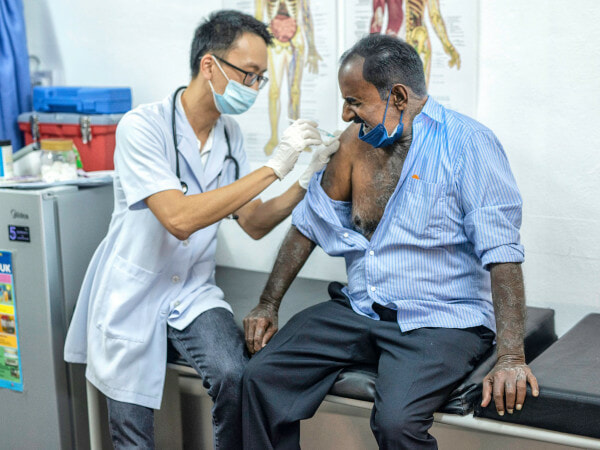 After that, they made their way to get Uncle Kanda’s motorcycle back.

“Since the morning, Uncle Kanda repeatedly spoke about this motorcycle which was in an accident. It turns out that the motorcycle has been fixed for almost a year, but because he couldn’t afford to pay for the cost of RM570, he couldn’t take the motorcycle back.”

Uncle Kanda shared that if he had his motorcycle, he could look for a job.

“A year ago, he was a security guard, but because of an accident, he lost his job. Okay, uncle, let’s go to Tanjong and get your motorcycle back.” 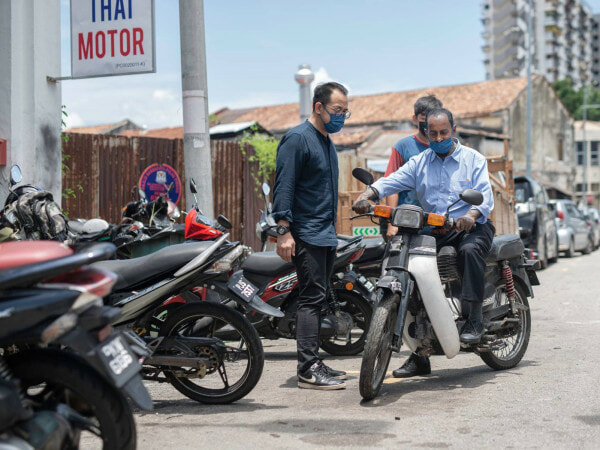 The shop owner was nice enough to give them a discount, though there were more problems with the motorcycle after it had not been used for such a long time.

“The shop owner said the engine needed to be overhauled, which will additionally cost at least RM600. The total was about RM1,100. It’s okay, I’ll pay for it as long as uncle gets his motorcycle back,” Steven added.

Not only did he manage to get the motorcycle back for Uncle Kanda, but he also managed to find him a job as a security guard and provide him with housing!

“I also got him a job as a security guard, with a salary of about RM1,200 a month. But, I told the boss at the workplace to give the uncle about a week or two to rest before he started. Lastly, I brought Uncle Kanda to his new house. I will settle the monthly rental payments. In the meantime, my team will help him apply for government housing.” 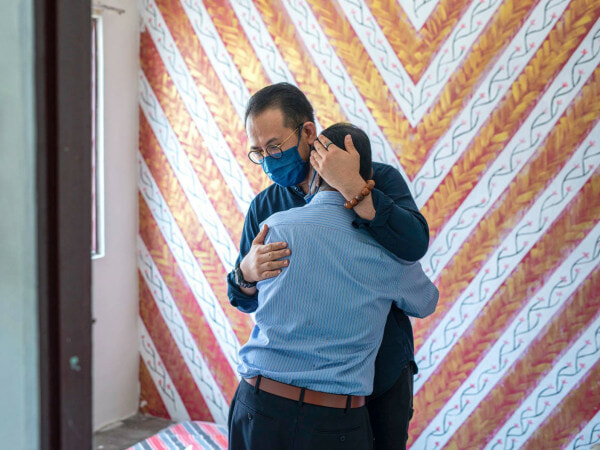 Starting from now, Uncle Kanda has a new home. He no longer needs to wake up before dawn to avoid the hawkers and visitors at the public market. He doesn’t have to sleep on wet and smelly mattresses. He doesn’t need to shower in public restrooms. He doesn’t need to wander around, asking for the kindness of others to eat and drink,” he shared.

And just like that, Uncle Kanda became a new man, with a new life.

With Steven’s intervention, Uncle Kanda transformed into a younger, refreshed version of himself, ready to take on the world. And gone is the man who was forgotten by society, just because he got into an accident.

We’re truly happy for Uncle Kanda and thankful for Steven, who stepped in to help.

Though there are still others like Uncle Kanda out there, with everyone’s help, we can all ensure that they all get their lives back on track. 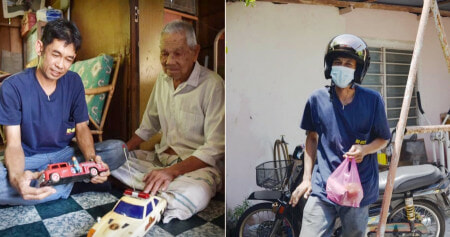