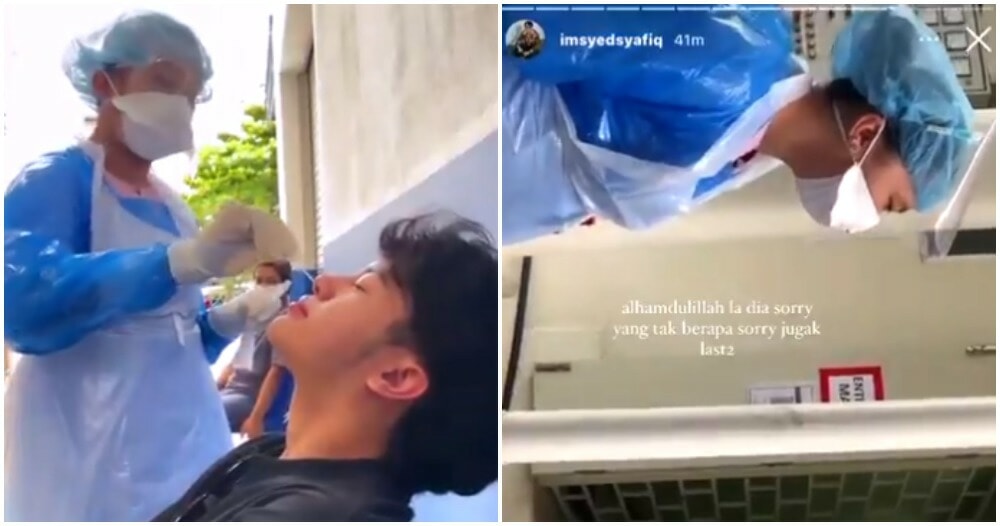 Our frontliners sacrifice their personal safety and health on a daily basis just to protect us from this dreaded virus and they’ve been doing so tirelessly for the past year. And for that, they deserve appreciation and respect.

A video went viral yesterday (15 December) showing a Malaysian getting angry and cursing at a frontliner who allegedly went it “too deep” for his Covid-19 swab test.

😭😭??? ok karen malaysia it aint that deep the nurse just did what she needed to do sit down lol pic.twitter.com/ZmScaYlbr4

In the video, the guy was angry at the nurse who allegedly was too rough with him and didn’t even listen to his pleas when he asked her to slow down. 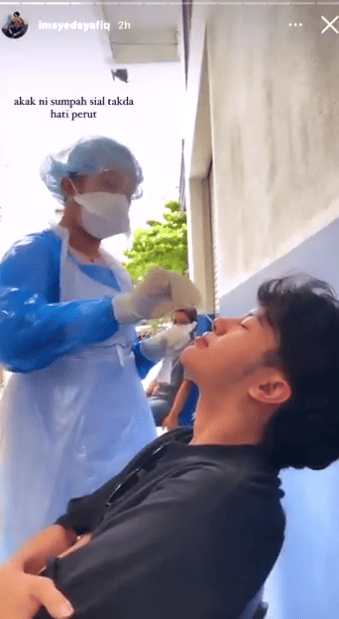 “this kakak doesn’t have a conscience, i swear! ”

He then called her a “b*tch” and said he would never forgive her as according to him, the nurse was aggressive with him even after he pleaded her to be gentle. Upon confronting her, he said that she was being defensive. In the video, the nurses and her colleagues were trying to explain that this is the proper procedure to conduct a swab test.

When the nurse tried to defend herself, he called her a “f*cking b*tch” and finally, after trying hard to prove his point, the nurse apologized which he said didn’t even sound sincere. 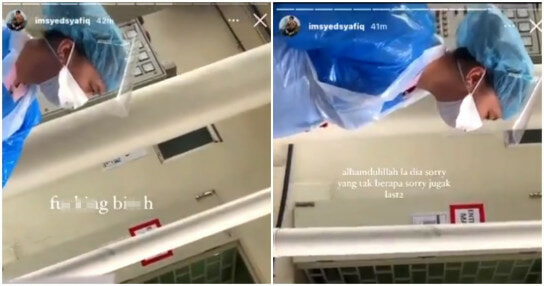 Once this was over, he thanked his followers for their supporting and comforting words but he wants them to know that his intention was never to embarrass her.

“All I wanted was for her to realize and do her job properly, not just get it done with, Especially after I told her specifically to do it slowly. This is also for some of you that experienced this and never been able to say anything about it.”

“Voice out your pain or discomfort. Don’t just let it be. If she can’t accept this kind of constructive criticism, she’ll never get better!”

Soon after, Malaysians started calling him out for not knowing the exact procedure of a swab test and also for using foul language against the frontliners. A few hours later, he posted an apology on his social media stating that he has met the two nurses he offended and apologized to them.

“I should be more understanding of how people are when they are working and under stress. I truly apologize to both of them, and every other front-liner that have sacrificed their time, energy and safety for the safety of others.”

Despite his apology, some Malaysians continued to call him out saying he did this stunt purely for clout purposes. On his Instagram, he posted a message saying that he doesn’t owe anyone an apology other than the nurses he offended. 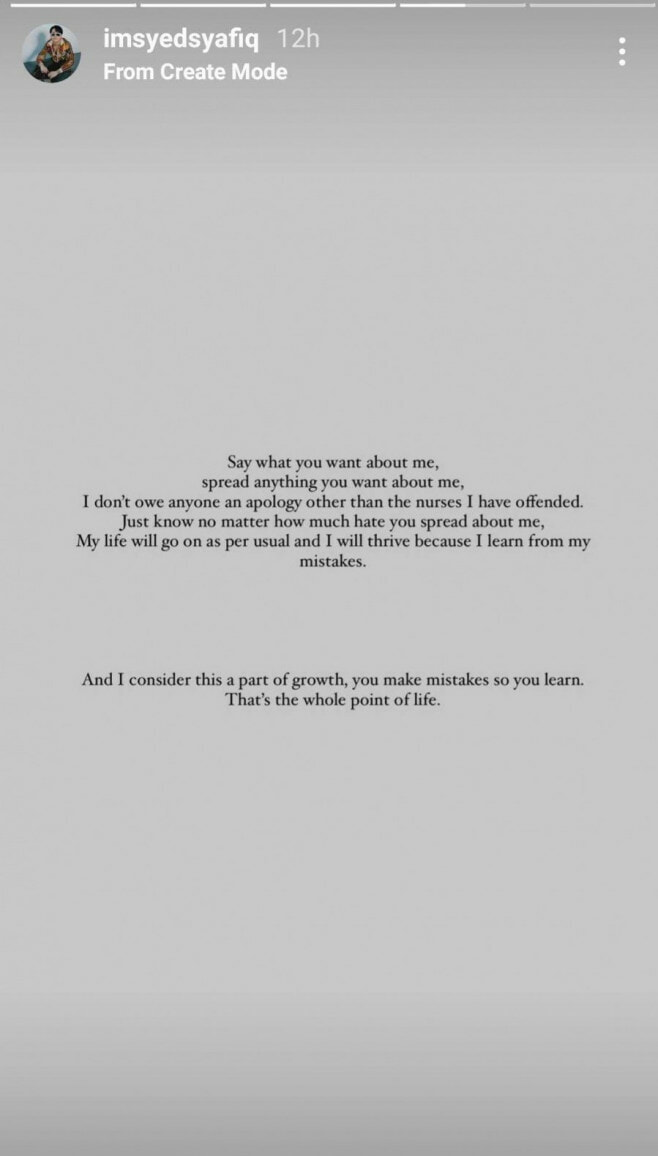 “Just know no matter how much hate you spread about me, my life will go on as per usual and I will thrive because I learn from my mistakes. I consider this a part of growth.”

World of Buzz reached out to Syed Syafiq and he said he feels no matter how much he tries to justify whatever he’s done, it will be used against him. 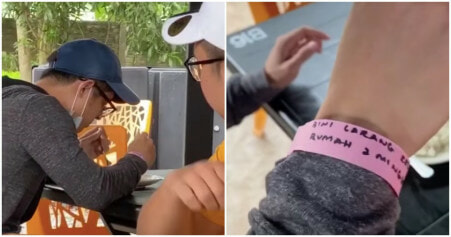