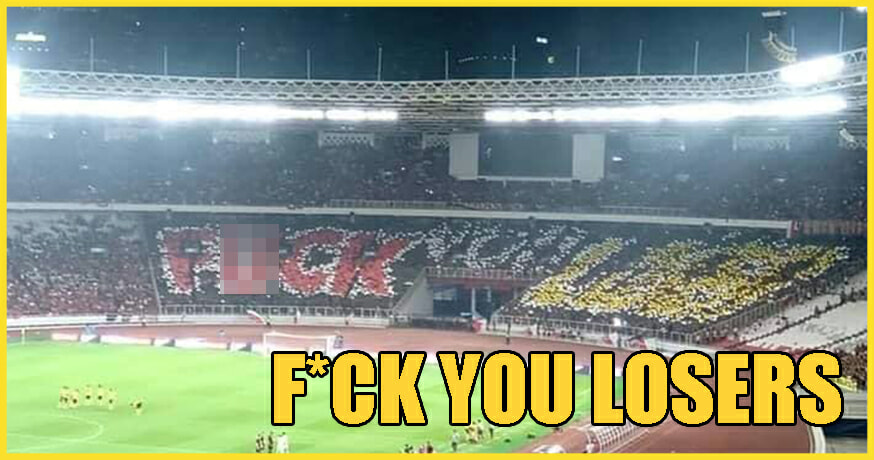 In case you thought the fallout from the Malaysia vs Indonesia football match could not have gotten any worse, this Facebook post might just be the cherry on top of an already very unpleasant cake! Whatever happened to sportsmanship, you guys?!

Posted by Sarawak Viral, the image appears to show supporters of the Indonesian football team forming the words “F*CK YOU LOSERS” using coloured cue cards from across one section of the stadium. If that isn’t provocation, then we don’t know what is!

This comes after reports of violence erupting among Indonesian football fans as they started attacking Malaysian fans and the Harimau Malaya team after their 3-2 loss during the Group G World Cup qualifier football match last night (5th of September 2019). Of course, Indonesia’s defeat made this sign rather ironic in the end, but the violence was uncalled for! Nobody likes a sore loser!

Needless to say, netizens were quick to comment on the team’s loss during last night’s game, with many comments showing support for Harimau Malaya. Sometimes, all it really takes is a little civility and respect among fans to make things all the better, don’t you agree? The incident has since been reported by various news outlets, including Fox Sports Asia.

What do you guys think about this incident? Do you think that the Indonesian fans have taken things too far? 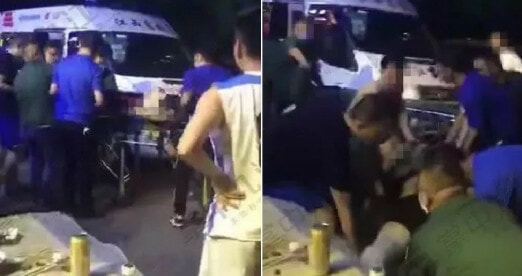