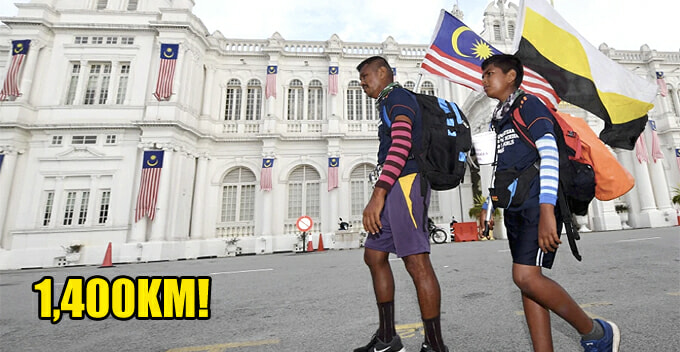 Most of us would chill at home to celebrate Malaysia Day, which is perfectly fine, but for these patriotic Malaysians, they have something else in mind: to walk from Johor to Perlis!

Meet R. Ragu, a 43-year-old father who has been doing this for the past five years with his 13-year-old son, R. Surya. 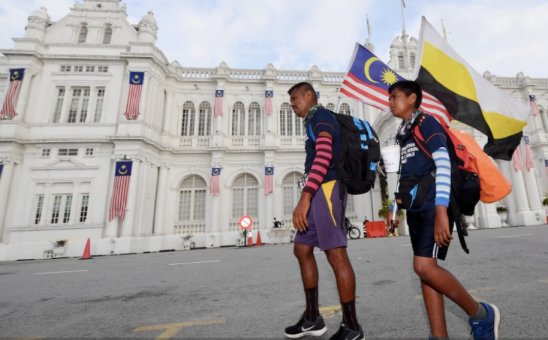 According to NST, the student of SMK St. Michael took on his first walk in 2013 and only managed to complete the first 20km but this year (2018), he’s in for the whole journey.

Between Johor and Perlis, the duo will have to cover 1,400km of Malaysian soil and the father estimates the journey to be completed in 28 days. He went on saying that the walk was actually inspired by his daughter who had first done the walk to express her love for the country.

“If festivals such as Hari Raya Aidilfitri, Deepavali and Christmas can be celebrated for a month, why can’t it be the same for Malaysia Day?” the father said during an interview.

It was understood that the duo had started their journey before Merdeka Day and by 27 August, they arrived in Seremban and were welcomed by the locals. 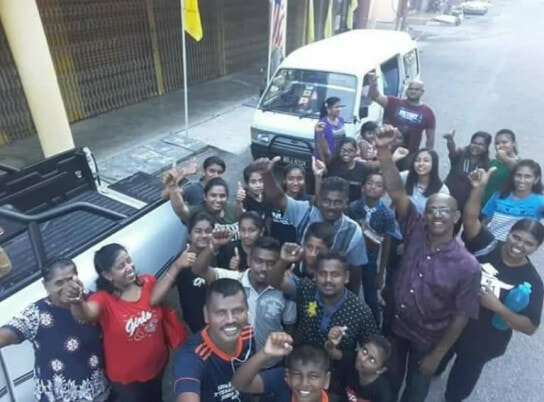 When asked about the most unforgettable experience along the way, Ragu said the expedition was pretty uneventful until they crossed the border of Perak. They had to put up with rude drivers who hurled rubbish at them and called them “stupid and crazy”. However, their faith in humanity was restored when some locals invited them over for meals and to wedding ceremonies.

If he had to pick one best memory from the lot, he said it’d be when they reached the Esplanade in Penang on Monday night (10th Sept). They were accompanied by cyclists from the Penang Mountain Bike Association (PMA) while buskers played ‘Negaraku’.

“It was a huge morale boost. Just a few days ago, my son was being yelled at by the drivers and he was (mentally) broken. I had to keep comforting him along the journey, but last night (at the Esplanade), he could not sleep even until 1am, telling me how Penang was the best while crying tears of joy,” Ragu said. 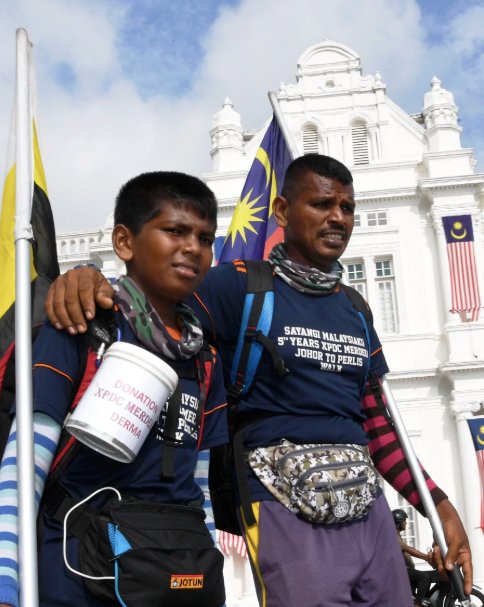 The duo are expected to reach Perlis by Malaysia Day and Ragu welcomes anyone, especially youngsters who are fit, to join him for the next walk.

This is certainly a different way of showing our love for Malaysia. We wish them all the best and hopefully, they can inspire more youngsters to take on the walk. Stay safe guys!

Also read: Ex-Army Walks 284km From Kuantan to Putrajaya to Inspire M’sians to Change the Govt 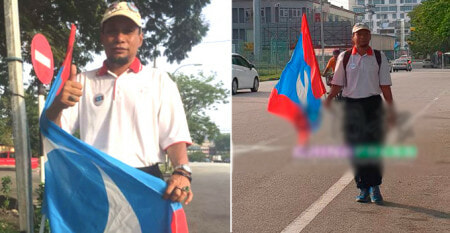