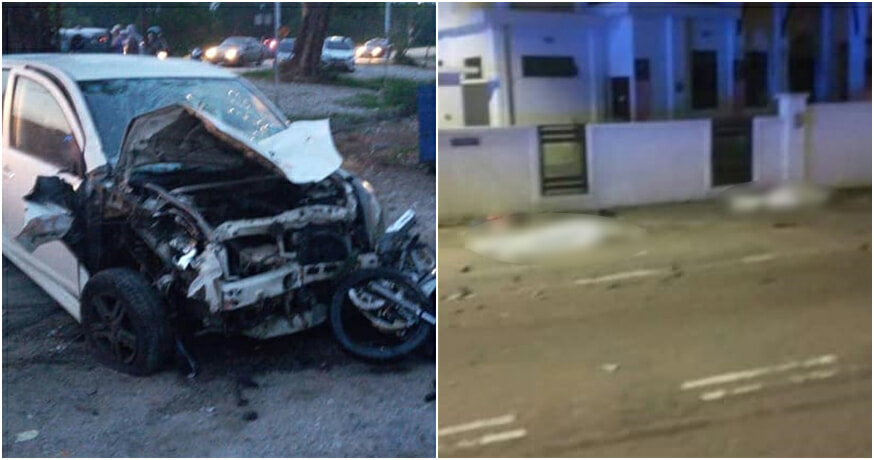 A parent’s love knows no boundaries, and this is most certainly true of a 61-year-old man in Negeri Sembilan, who went to the extent of lying to the authorities for the sake of protecting his own son after he was involved in a fatal car accident that killed three people. However, his lie simply did not come to be after further investigations proved otherwise.

The accident, which occurred in Mambau, Negeri Sembilan, had taken place yesterday (22nd August 2020) outside a local surau along Jalan Mambau-Port Dickson. Two passengers on board a motorcycle and a pedestrian who was walking on foot were killed in the accident after the man’s 27-year-old son lost control of his car and wound up driving into oncoming traffic.

“Based on the footage we recovered, the Perodua MyVi was not driven by the 61-year-old senior citizen, but his 27-year-old son.

He admitted that the real driver who caused the accident was in fact his son.” said Seremban Chief of Police, Assistant Commissioner Mohd Said Ibrahim.

The 27-year-old driver has since been detained by the authorities for further investigation. Police notes that drugs and alcohol were not the cause of the accident, after the man’s urine tests had came back negative. The incident is still under investigation.

We extend our deepest condolences to the family of the deceased, and hope that justice will prevail.