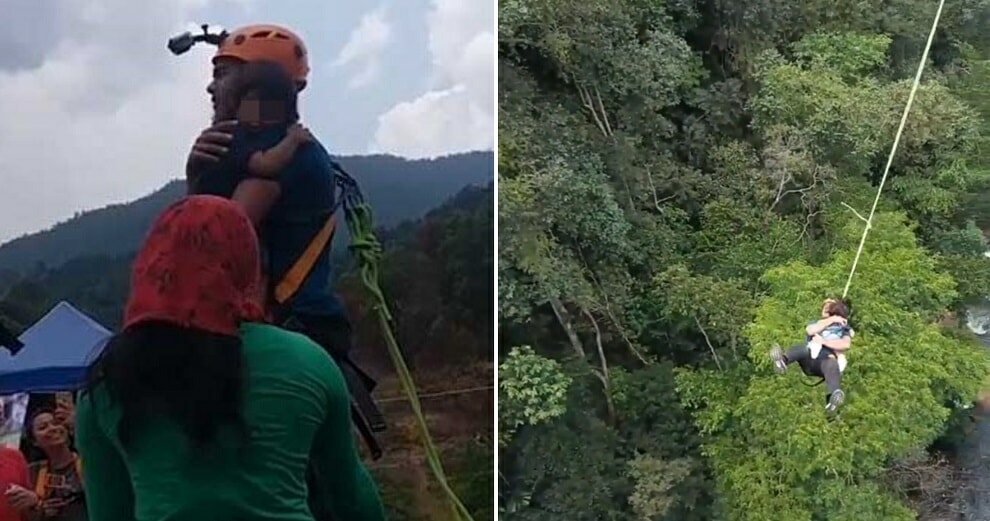 You may be familiar with Malaysian daredevil Redha Rozlan, who has made appearances in reality shows like Fear Factor Malaysia and even the Japanese reality show, Ninja Warrior. He is known for pushing the limits and engaging in the most extreme, heart-stopping stunts. However, his latest stunt was not very well-received by his followers.

Earlier this week, Rozlan alarmed thousands of netizens when he uploaded videos of him engaging in his latest feat, rope swinging.

In his Instagram video, Rozlan can be seen jumping off a 60-metre-high bridge in Kuala Kubu Baru, Hulu Selangor with his 2-year-old daughter strapped to him, understandably garnering a lot of criticism among netizens.

He added in his post responding to the flood of comments from outraged netizens, clarifying that his daughter was in safe hands. His caption translates,

However, his explanation still didn’t sit well with netizens. In response to the backlash, an individual affiliated with Rentas Adventures has since put out a statement on his Facebook page. 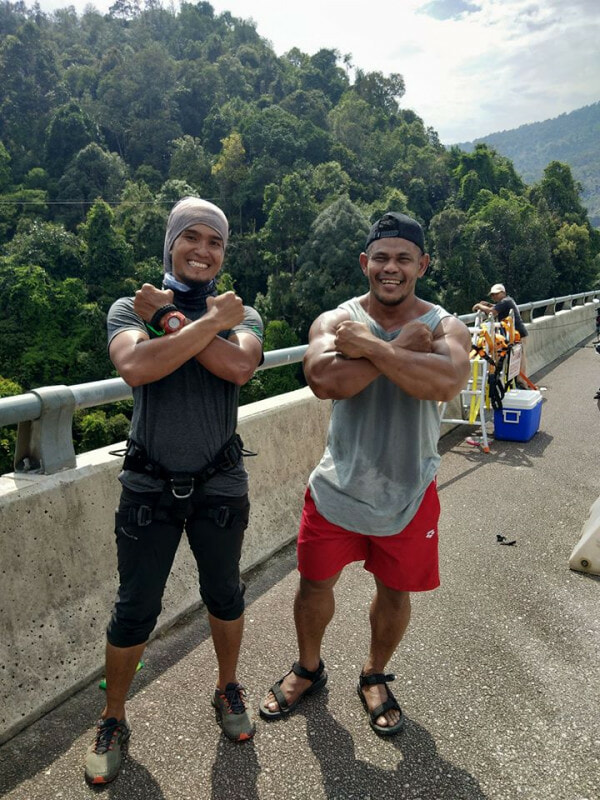 “This is my official statement as one of the rope swing organisers on the Kuala Kubu Baru bridge. For your information, people who jump with their children are classified as “special cases” and are only allowed to proceed after we have assured all safety measures have been taken.”

“We will no longer be allowing people to jump with their children for now.”

In light of this alarming incident, human rights lawyer Andrew Khoo recently told Free Malaysia Today that parents can be prosecuted for allegedly “putting the child in a dangerous situation that may cause physical or emotional injury to them”. He was quoted as saying,

“Action can be taken under the Child Act. This clearly breached safety requirements, too.”

“The company operating the rope spring jump was also negligent for not preventing the parent from having the child tag along.” 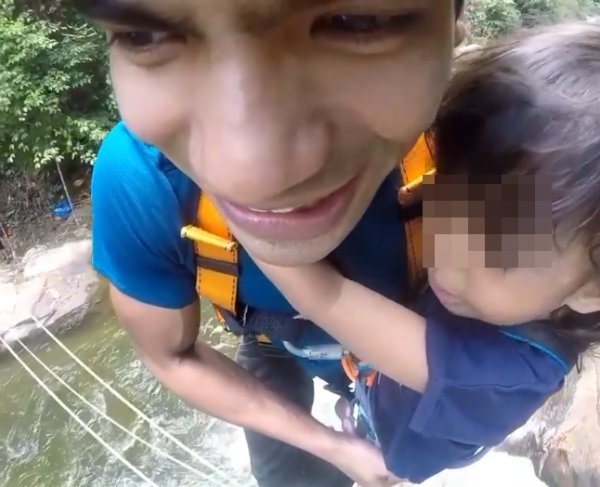 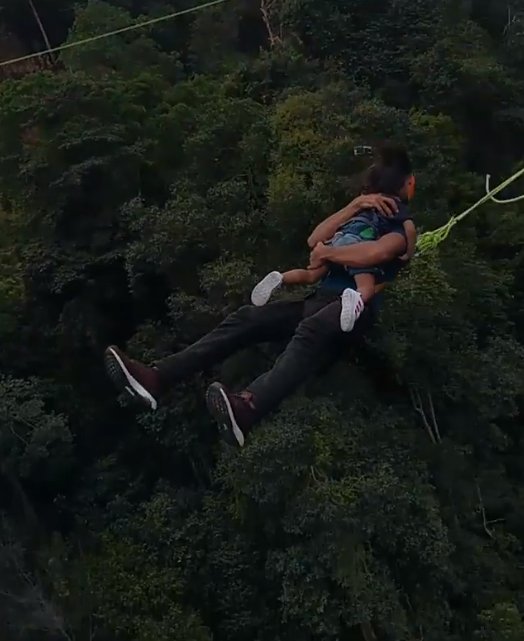 On top of that, child rights lawyer Goh Siu Lin also said that the toddler’s parents lacked adequate parental judgement by putting her in such a dangerous situation, telling the daily,

“Rope swinging is an extreme sport and dangerous, and there is a high likelihood of the motions in such an activity causing physical injury to her.”

“I have never heard of any child of that age being allowed to participate in such an extreme sport.”

Goh added that the 2-year-old could have easily endured emotional injury from the shock of falling from the 60-metre-high bridge, and that it is considered an offence under the Child Act.

Whatever it is, let’s hope that parents learn from this situation and understand the consequences of their actions. After all, the wellbeing of the child should be of the utmost priority! 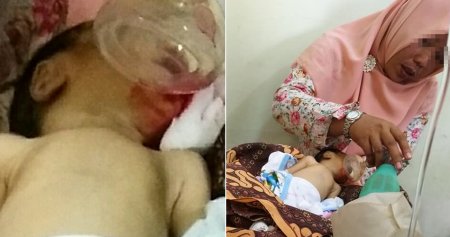