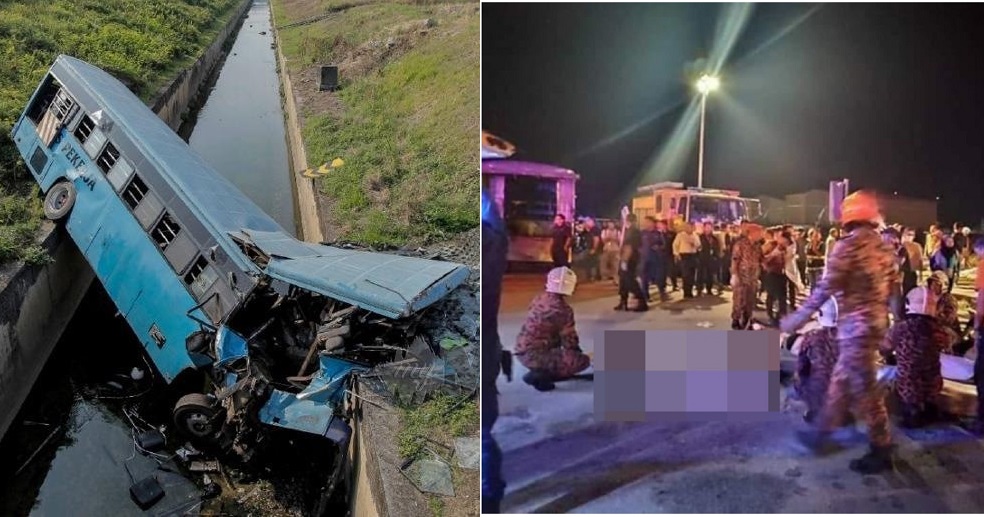 It was reported that 11 people have lost their lives in a horrific accident, after the driver of the factory bus they were in lost control of the vehicle, sending it plummeting into a monsoon drain near KL International Airport.

In the latest report by Harian Metro, nine of the victims perished at the scene, while the remaining two died of their injuries at the Serdang Hospital where they were being treated. Excepting the driver, there were 43 passengers on the bus, all of whom are believed to be MAS Kargo contract workers. At the time of the accident last night (April 7), the bus was on its way to the cargo airline’s office from Nilai, Negeri Sembilan. 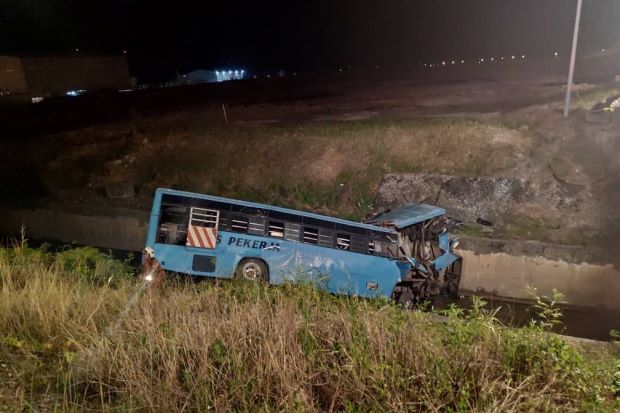 According to KLIA OCPD Asst Comm Zulkifli Adamshah, all the deceased victims were foreign workers, out of which eight were men, and three were female. The remaining 33 victims of the 11.10pm accident have been rushed to several different hospitals in Kajang, Serdang and Putrajaya. Most of them have been confirmed as Bangladesh, Nepal or Indonesia nationals, with a few yet to be identified. 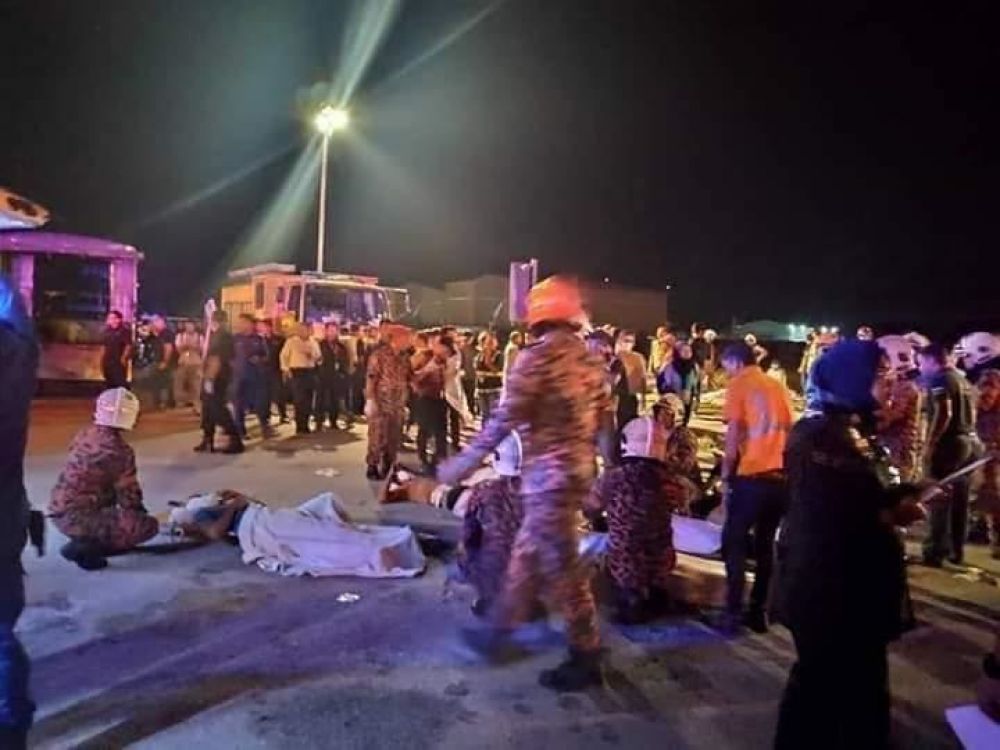 Due to the severity of the accident, members of the Fire and Rescue Department, Malaysia Civil Defence Force (APM), Ministry of Health and MASKargo scene were dispatched to the scene to retrieve victims and remove the bus from the drain. It took an hour for the victims to be rescued, as they had to cut through several parts of the bus which was wedged firmly in the drain. Zone Five (South Selangor) Fire and Rescue Department Chief Nik Mohd Fadhil Salleh said,

“We did a thorough check on the location before deciding to stabilise the bus, then we started retrieving the victims. We used a method called ‘hauling’ to rescue them, which involves safety ropes, ladders and stretchers.”

It is currently still unclear as to what caused the loss of control, and the cause of the accident remains under investigation.

This is undoubtedly one of the most devastating accidents to have struck on Malaysian soil this year. We hope that the remaining victims will be able to recover swiftly, and express our condolences to the families and loved ones of those that have passed. 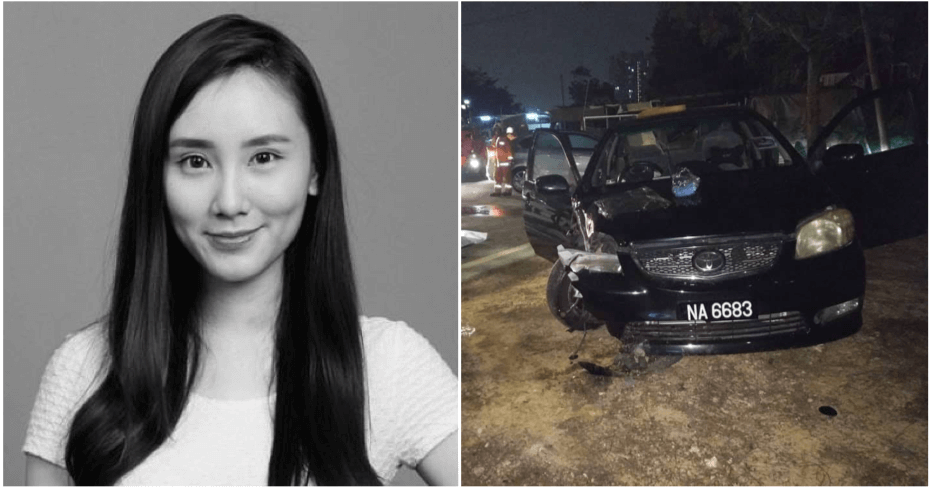