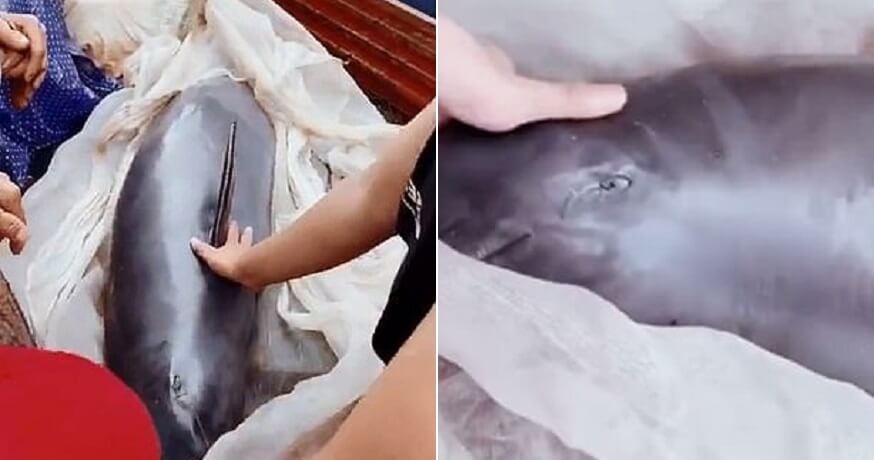 According to Daily Mail, a finless porpoise was seen tearing up as it was about to be sold for its meat in Xuwen, China. This drew a huge crowd at the market as the heartbreaking moment left many witnesses speechless. 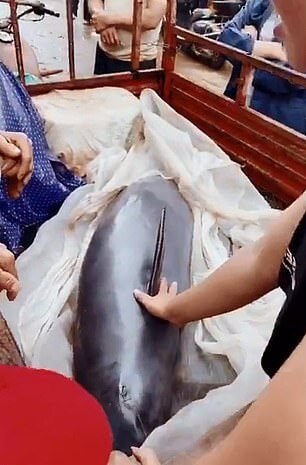 Oh no, look at the poor thing! 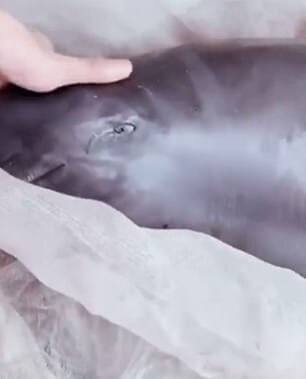 Among the crowd, Cheng Mingyue and Cheng Jianzhuang were interviewed and reported that the porpoise was approximately 1.7 metres long and weighed more than 50 kilograms. Mingyue said,

“We saw a person bringing it to the market and many people came to look. It was crying throughout the process.” As they were both sympathetic over the endangered animal, Mingyue and Jianzhuang decided to pool their money and rescue the poor animal. The two of them bought the porpoise at a sum of 1,500 yuan (RM911.80) and later brought it to the water to be released. Mingyue said,

“The fish vendor lent us the puller he used to transport goods.”

“At around 4pm, we managed to pull the animal to the beach and set it free.” 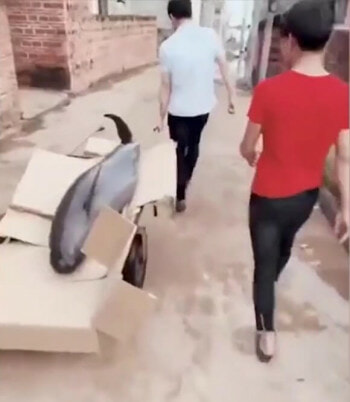 However, as the porpoise was already injured, it couldn’t swim very far when the two of them released it into the water.

“Therefore, we carried it into deeper waters and waited for two hours until we could not see it anymore,” he added. 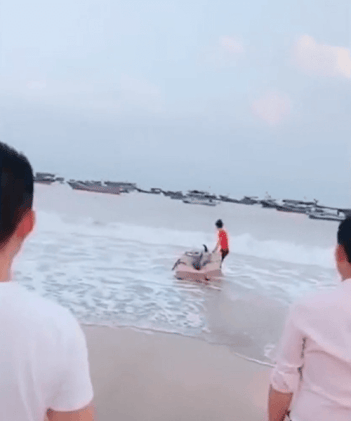 The finless porpoise is in threat of facing extinction each day. According to the Wild Animal Conservation Law, hunting, killing and trading of this aquatic mammal has been prohibited in order to protect this species. Officers are also currently investigating the incident as they try to pinpoint the fisherman who caught the animal.

We’re glad that the porpoise was rescued at the last minute and that it has a better future now! We hope that there wouldn’t be any more poaching of endangered animals and everyone would do their part to raise the awareness of this issue. To find out more on how you can help endangered animals, check out this site.

Also read: Residents Believed This Petai Tree Was Mysteriously “Crying”, Turns Out it Was Due to Insects Urinating 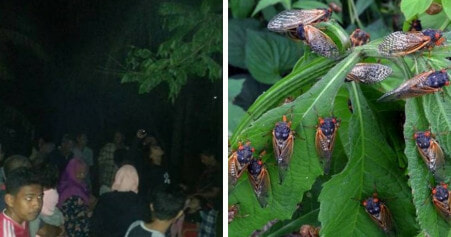