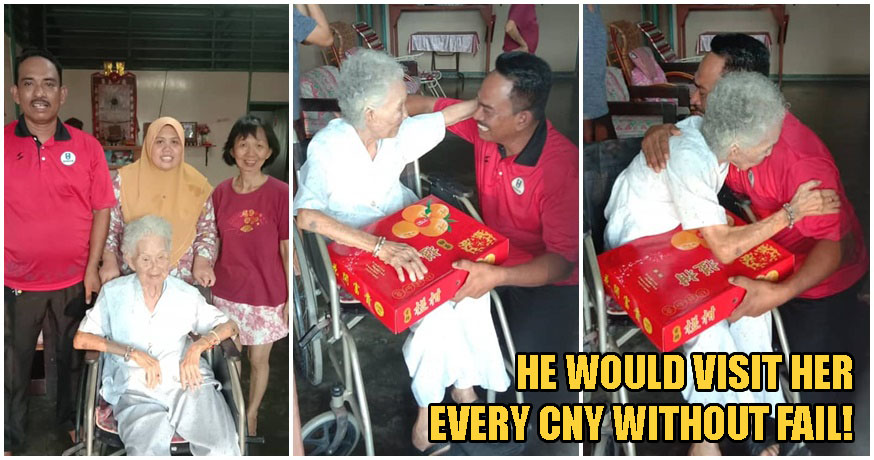 Blood is thicker than water, as the saying goes. But did you know that the real saying is actually “The blood of the covenant is thicker than the water of the womb”? Which means that bonds that are formed outside of the family, can be thicker than blood. Bet you didn’t know that!

Well, that saying (the real one, not the one we always use) is actually true in some cases, as this report by Sin Chew Daily goes to show! Despite not being blood related at all, a Malay village chief who grew up alongside a Chinese auntie and her family in Pontian makes it a yearly Chinese New Year tradition to visit her to  拜年, which is the traditional Chinese cultural practice of visiting the homes of your friends or relatives during the New Year to exchange gifts. 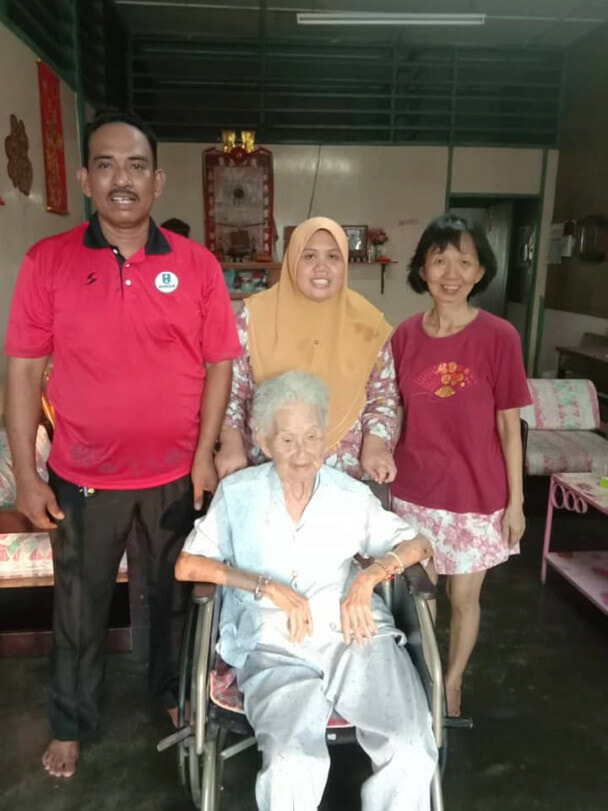 Their story begins well over 45 years ago, when he was a young boy and he and this auntie lived in the same village. Despite having no blood relation to one another, auntie Lin Li would treat him like one of her own grandchildren and took him under her wing, which the rest of her family did as well.

“They treat me like a grandson. Grandma (Lin Li) used to walk about 500 meters, and brought pastries and food to my house, and invited me and my family to eat.” he recalls.

Despite grandma Lin Li’s husband often being very strict and many of his own blood-related grandchildren would fear him, the village chief said that he always fondly remembered how Lin Li’s husband would treat him with kindness and take him on bicycle rides after school. 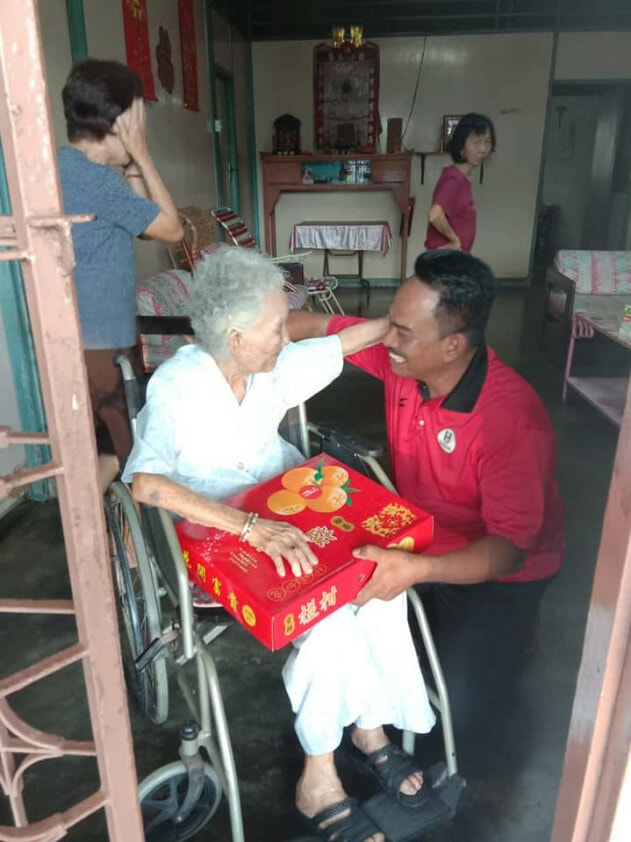 Since grandma Lin Li’s husband had passed away, the 50-year-old village chief felt that it was his sole responsibility to take care of the elderly woman himself, as she had done so much for him and his family over the years. He would often visit her, and also offer her aid during more difficult times in her life. 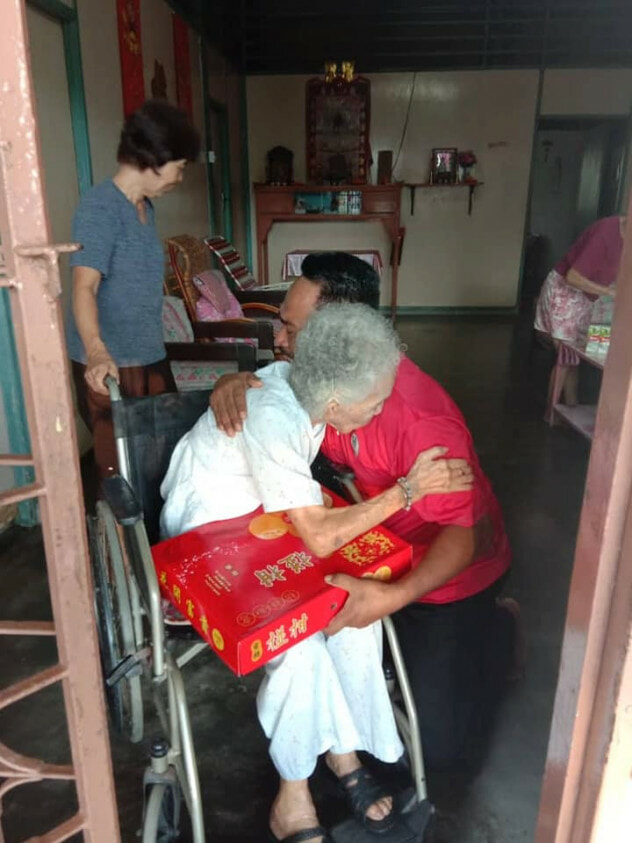 But despite all that, 102-year-old grandma Lin Li still continues to worry for the village chief, so much so that she would brew traditional Chinese medicine for him when he fell ill just so he could recover quickly! How incredible is that! The village chief said that every Chinese New Year, he would bring a whole box of mandarin oranges as a gift to her, so that it could bring good luck to grandma Lin Li and her family.

He says that he wishes to share this story to the public, as he wanted more people to look beyond politics, and realise that Malaysia is truly a harmonious country.

We have to say, this story truly touched our hearts with how it reflects our harmony as Malaysians, regardless of race. Which comes to show, unity can exist everywhere; you just need to practice it! 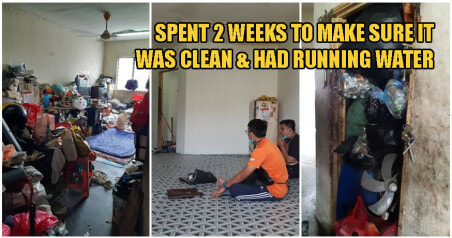