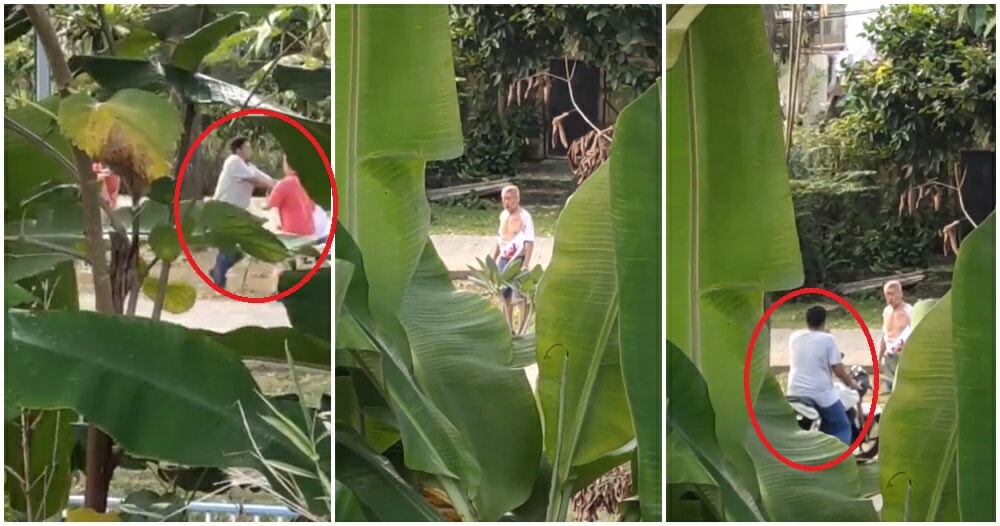 An elderly uncle who was jogging in a recreation park in Bandar Baru Sungai Buloh, Selangor was abruptly assaulted physically and verbally yesterday (15 October) by a man in a grey shirt who attacked him in a fit of rage.

In a video shared by netizen @Raraa890, the man can be seen throwing punches at the uncle while three other men tried to interfere and stop the altercation. “While people were jogging, this grey shirt man showed up at the scene with his motorcycle. The uncle told him that vehicles weren’t allowed on the trail as only pedestrians could use it,” detailed the netizen in her tweet.

The man then proceeded to yell “do you want to die?!” at the uncle repeatedly while punching him. The footage shows the uncle’s shirt torn and soiled with blood as two other men at the scene tried to break up the altercation. At the end of the video, the man can be seen throwing a branch at the uncle before storming to his motorcycle and riding off. 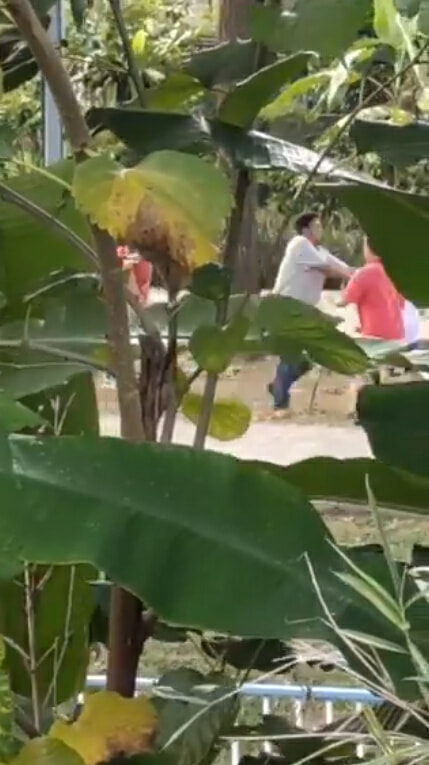 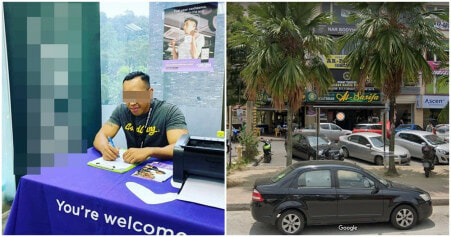