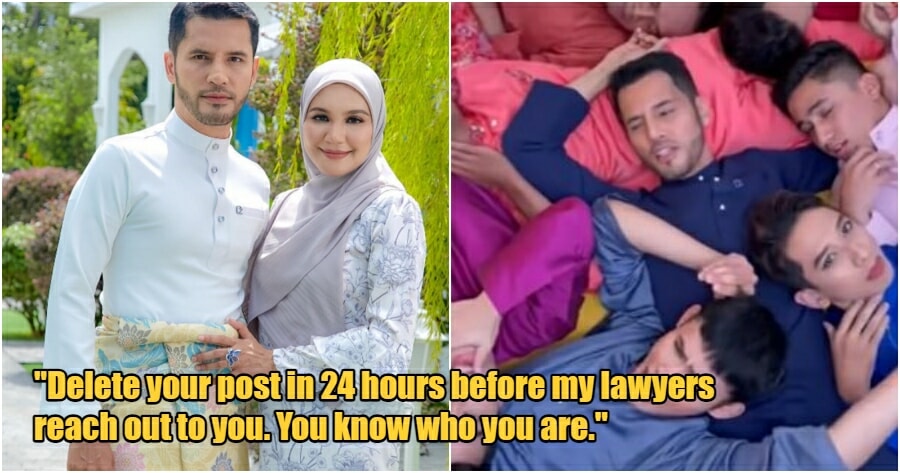 Aliff Syukri is no stranger to controversies and he recently found himself under fire for his Raya music video, Kelopak Raya which gained major criticism as Malaysians think it’s disrespecting the holy month of Ramadhan.

Last night (28 April), on his Instagram post, Aliff Syukri revealed his intention to sue a fellow unnamed singer for defaming him.

“Delete your post in 24 hours before my lawyers reach out to you. You know who you are,” Aliff stated.

In his Instagram stories last night, Aliff uploaded a screenshot of a WhatsApp conversation with his lawyer where he showed him a caption that claimed Aliff is “coming out of the closet“.

For that, Aliff not only asked the singer to take down his post but he’s also expecting an apology video.

Aliff expressed his intention to sue the singer immediately and asked his lawyer how much should he sue for, to which the lawyer replied, 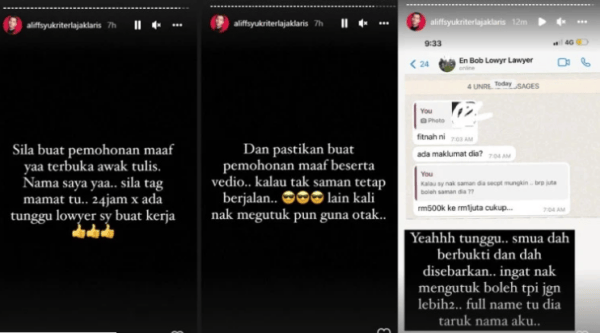 As Aliff himself is well aware of the criticisms toward his latest Raya song and music video, he believes that the unnamed singer is taking the opportunity to promote his own name during Aliff’s crisis.

“People have been criticising my song for 9 days now and it’s still trending. Now you’re trying to bring up my story again. Promoting yourself, right?” 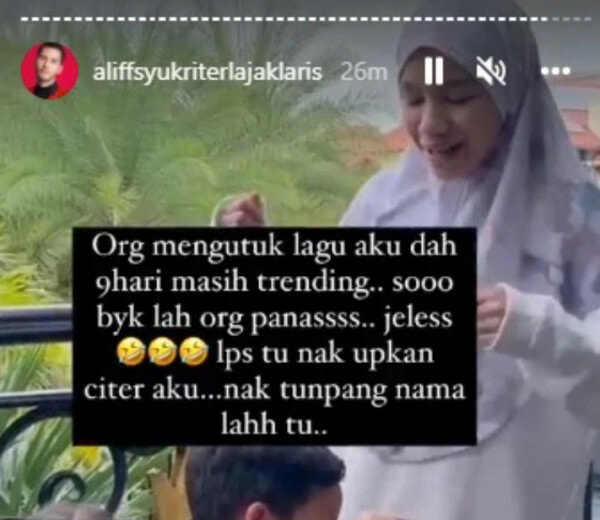 As of today (29 April), Aliff Syukri’s controversial Kelopak Raya is still the most trending video on YouTube and it has been since its release.

Do you think Aliff is doing the right thing to sue the unnamed singer for defaming him?

Also read: Aliff Syukri Apologises For His Controversial Raya MV & Asks Public To Keep His Family Out of It 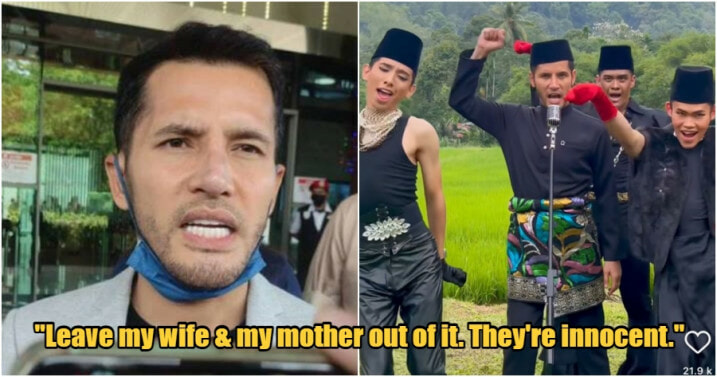