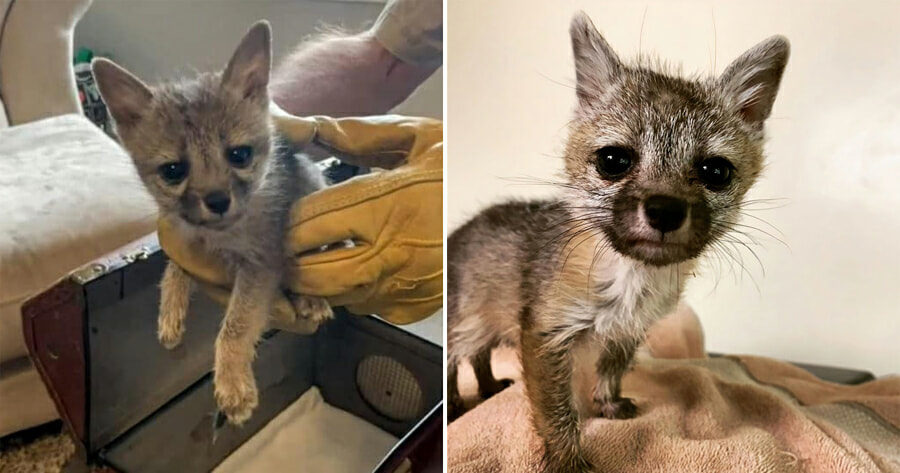 Ever take a walk in the neighbourhood and have a kitten or puppy follow you home as if it was already part of your family? Well, one family in Tempe, Arizona was taking their dog for a stroll when a tiny gray fox started trailing them.

The Caballero family – Dylan, her brother Preston and their grandma Rosalyn – had taken Olive, their terrier mix on their regular stroll when a baby fox just six weeks old mistook their dog as its mother, reported 12News. 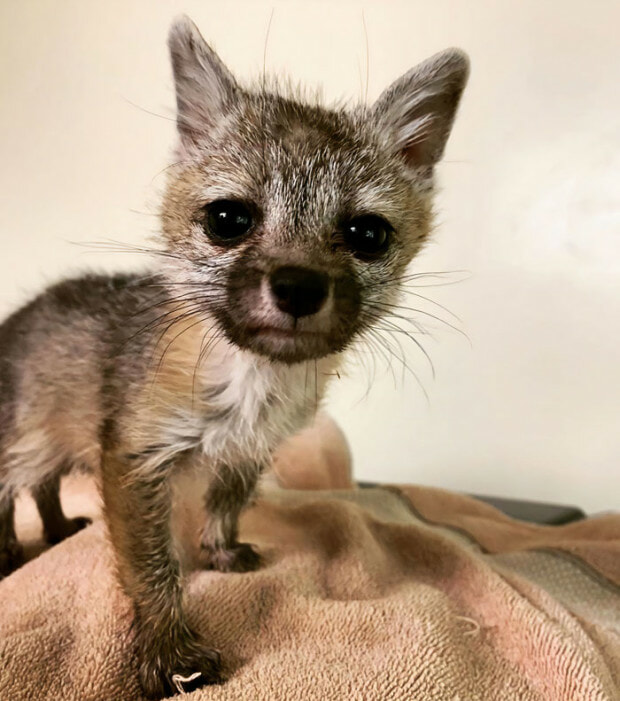 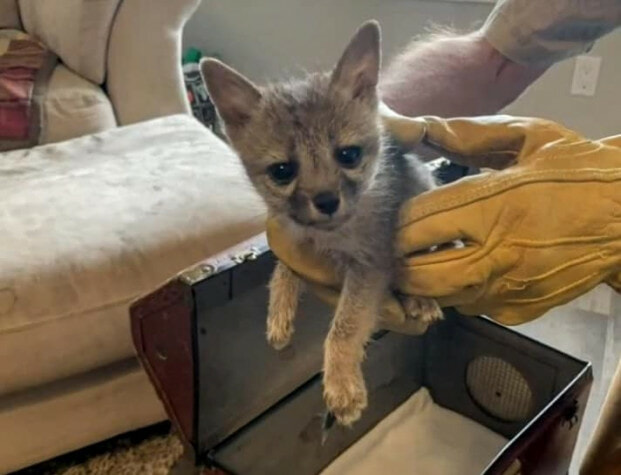 “It was funny because the fox thought our dog was the mom,” five-year-old Dylan said.

“It was really small and it was a gray fox, so kind of gray and it was like this big, the top of it was gray,” Preston said.

Upon reaching home, the sprinklers were on and the fox went over to have a drink when Rosalyn noticed it wouldn’t stop drinking the water. 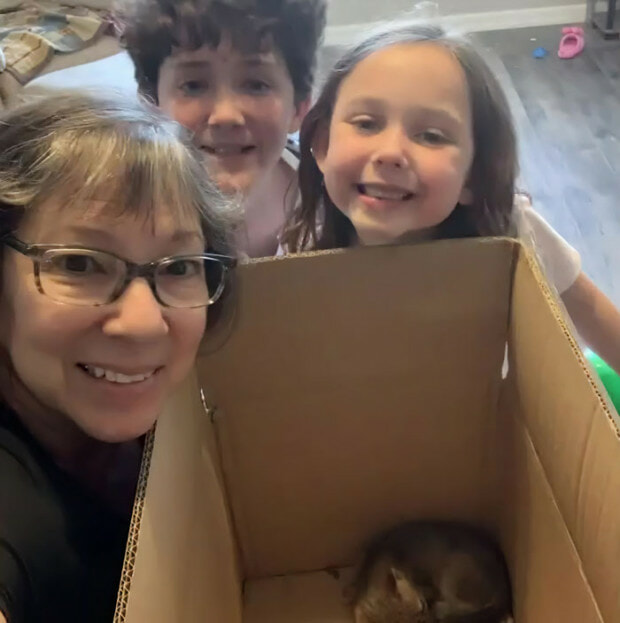 “It was about 10 o’clock, and when we got to a home with sprinklers on, the fox stopped and drank and drank,” Rosalyn said.

The family then called the Southwest Wildlife Conservancy Centre (SWCC) and kept the fox safe while waiting. The kids affectionately named the little creature “Foxy”.

“We got a container and went back to investigate the area. There was no mom, no other foxes around, so we captured it without touching it,” Rosalyn said.

After rescuing the fox, SWCC said they were able to syringe feed it for a few days before it learned how to eat out of a dish. 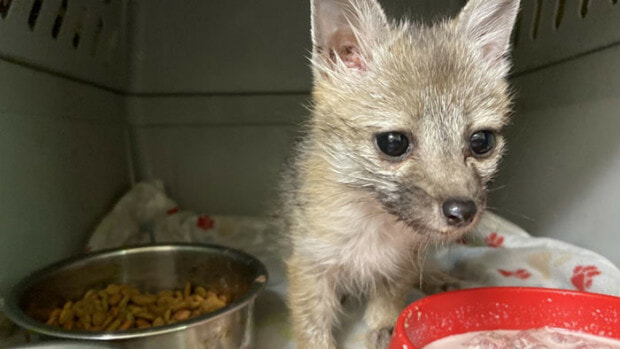 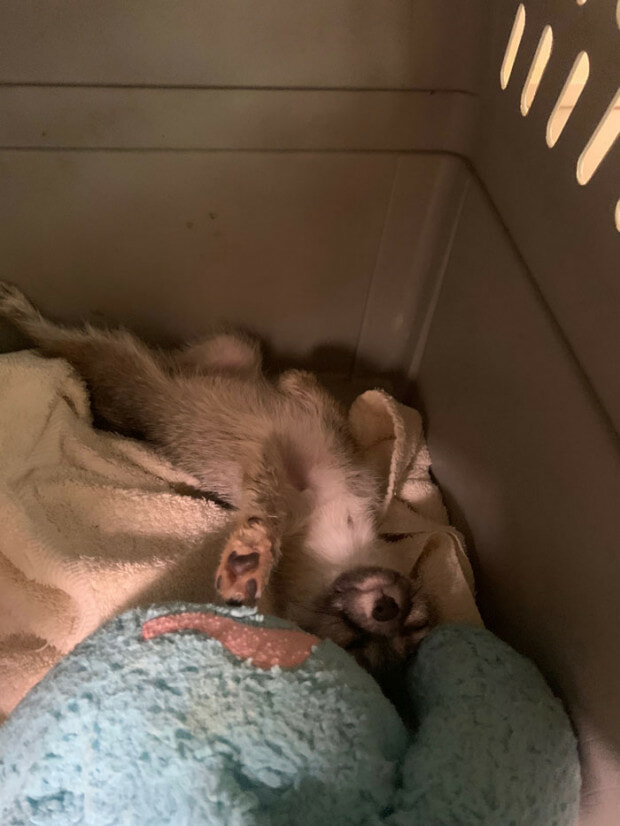 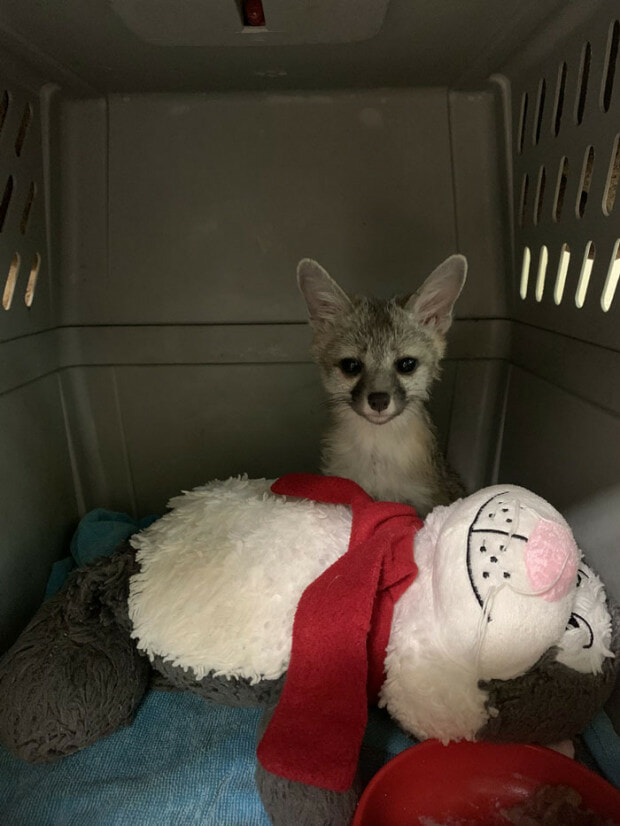 The Caballero family said this isn’t the first time they’ve spotted foxes in the area and found it odd that there was a baby fox all alone.

Luckily, the SWCC has high hopes about Foxy’s future and is planning to release it back into the wild.

“We’re hoping to bond this fox to some of the other kits we’ve received this summer and release them back into the wild,” they said.

The SWCC says normally baby foxes don’t approach people that confidentially, so credit to those kids who kept it safe until the pros could take over.