A civil servant pleaded not guilty to charges of sexually harassing a 15-year-old boy in the toilet of a government building. Sharif Hardi Roman Sh Miasin, 34, was charged with performing oral sex on the teenage boy in the VVIP toilet of the National Registration Department building in Kota Kinabalu, at 4.40 pm, on Jan 4.

As reported by FMT, he faces a maximum jail term of 20 years and whipping if convicted under Section 14 (a) of the Sexual Offenses Against Children Act 2017. Judge Azreena Aziz set case management for Feb 17, in proceedings held through Zoom. The court also allowed bail of RM10,000 with two sureties.

Sharif, who has no lawyer, was also ordered to report to the nearest police station twice a month as a condition of bail. He was also prohibited from harassing witnesses and handed over his passport until the case was resolved. 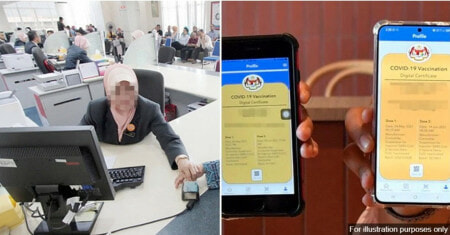