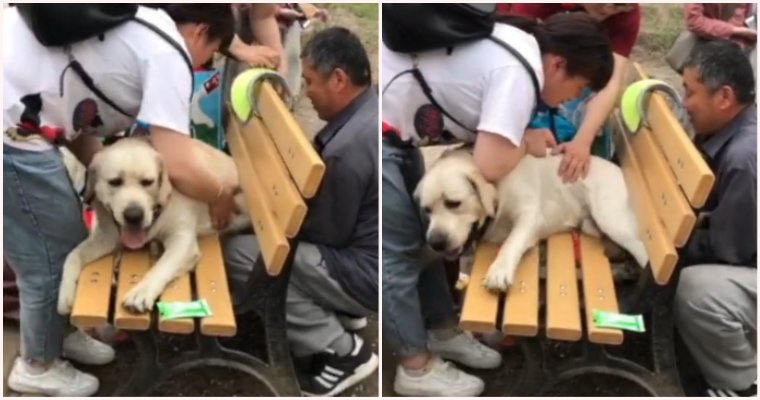 Dogs have always come in all shapes and sizes and it’s no secret that they can get a little clumsy sometimes.

One chubby dog in Beijing just wanted to have a relaxing visit to the park but ended up between a rock and a hard place. Well, technically, it ended up stuck in the gap of a wooden park bench.

As according to the Shanghaiist, many good samaritans saw the incident and rallied together to help it’s owner free the poor, stuck doggo. 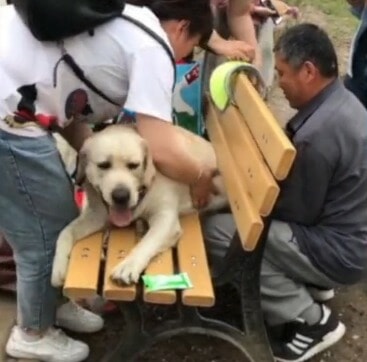 The rather large labrador was having a nice day in a park in Beijing with its owner when it accidentally slipped through the gap of the bench and got stuck.

When the owner tried to free the dog on her own, but she realised that she wasn’t up to the task as the dog weighed a significant amount. Thankfully, other park-goers quickly came to her aid, lending hands to help free the poor dog. 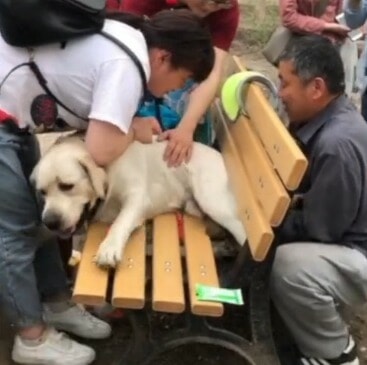 In the video, at least five to six people can be seen pushing and pulling at the dog. It apparently took more than 10 minutes of twisting and turning to finally free the dog from the bench.

The owner completely blames the entire ordeal on the fact that her dog is “not only fat but clumsy”, though is still a good boy. Plus, it probably enjoyed all the attention.

You can watch the adorably hilarious video here:

Also read: Neglected Pet Dog In Selangor Forced To Eat Its Own Faeces Out Of Hunger