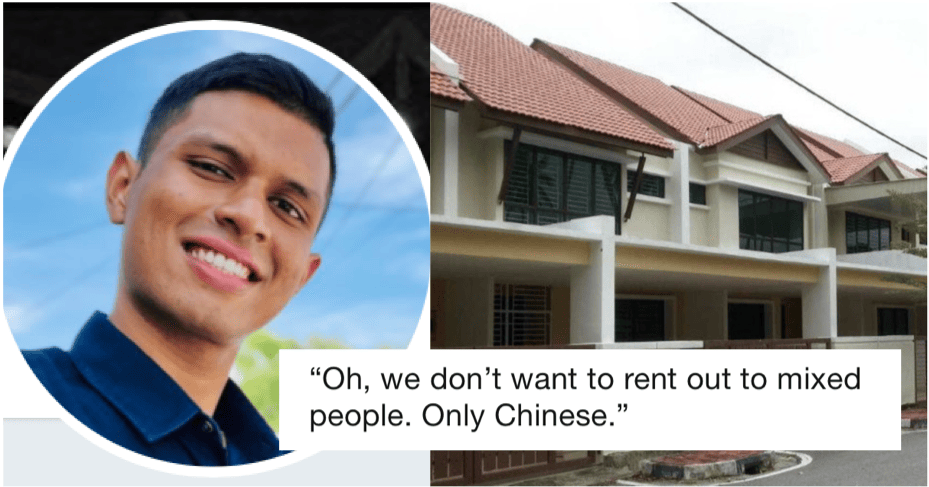 The presence of rental discrimination is somewhat normalised among Malaysians. But we don’t think these racial preferences have any place in our country as we move towards a society that embraces rather than rejects differences. 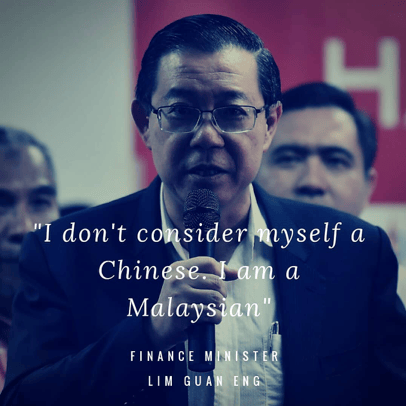 But with rental notices with filters like “Malay Only”, “No Indians” or “Chinese Only” being all so common, can we really put racism in the past? Recently a Chindian man by the name of Divyang Hong tweeted this experience he faced when he was looking for a place to rent.

So I was looking for a place to rent in Penang today. “Prefer Chinese Male”. But I thought I would qualify by virtue of my I/C and name. Spoke Mandarin on the phone the entire time:

“Oh, we don’t want to rent out to mixed people. Only Chinese.”

Apart from coming from the parentage of Chinese and Indian, Divyang also has the ability to speak Mandarin fluently.

“So I was looking for a place to rent in Penang today. “Prefer Chinese Male”. By I thought I would qualify by virtue of my I.C. and name.”

He also stated that he spoke Mandarin the entire time during the phone conversation with the house owner but the person replied,

“Oh, we don’t want to rent out to mixed people. Only Chinese.”

During the phone conversation, Divyang also stated his educational background in which he is a teacher and currently preparing a programming syllabus for school kids. This is to convince the house owner to have faith in renting out the place to him.

Initially, she was ok but immediately rejected him after finding out that his mother was Indian, even telling him that being mix is not enough. 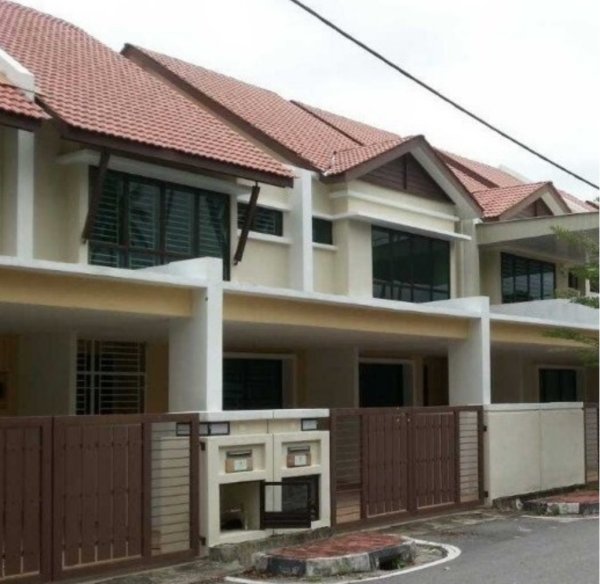 As mention in one of his tweets, Divyang highlighted that the Malaysia Baru journey starts with changing the individual perception towards the racial divide. House owners should select their potential tenants fairly and only reject them based on the values that they uphold instead of blatantly rejecting based on their race.

Putting it in retrospect, both house owners and tenants should work together in abolishing rental discrimination. It is our battle, so let’s do it together! 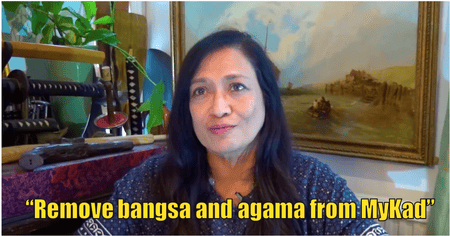