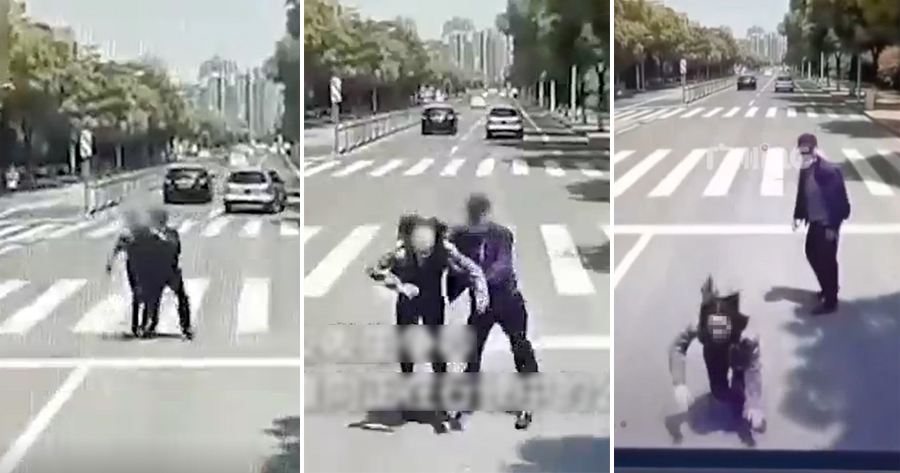 Disclaimer: This article contains images and videos some viewers might find distressing. Viewer discretion is advised.

A man from Jiangsu province, China deliberately pushed his girlfriend in front of an oncoming bus after quarrelling with her.

Thankfully, the bus driver was able to brake in time and the woman was not hurt.

According to Chinese media reports, the incident happened on the morning of 5 May.

A video recorded by the bus driver shows the couple walking on the road when the man suddenly drags his girlfriend and shoves her right in front of a moving bus.

The man even takes a step back after pushing her down so that he wouldn’t get hit by the bus as well.

The bus driver, who witnessed everything, was able to brake in the nick of time to avoid what could have been a fatal accident.

The bus driver and some of the passengers in the bus immediately got down to check on the woman’s condition, but neither of them expected her boyfriend to just turn around and leave her without caring if she was injured.

The bus driver then chased him and questioned his actions, but the man did not show any guilt or regret. He claimed that he pushed his girlfriend because she physically didn’t want to let him go.

And when the public asked him what he would do if something bad were to happen to his girlfriend, he ironically answered, “If she dies, I will die with her.”

Meanwhile, local police stated that the man has been arrested and the case is still under investigation. 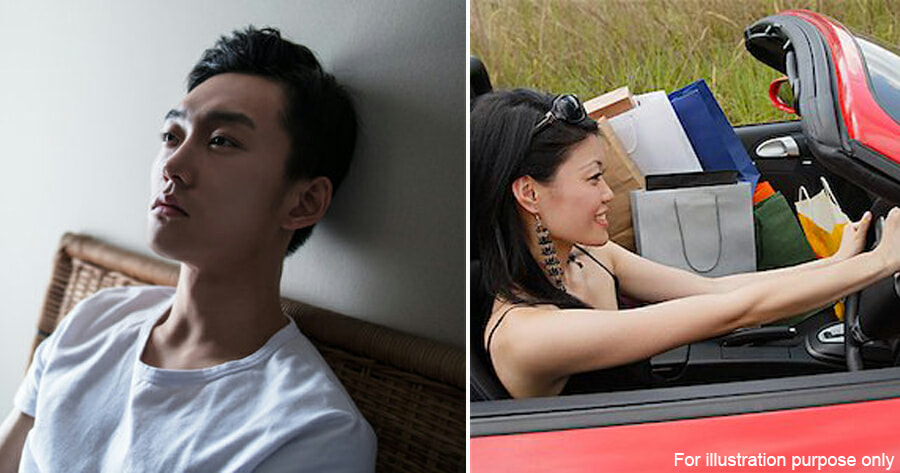