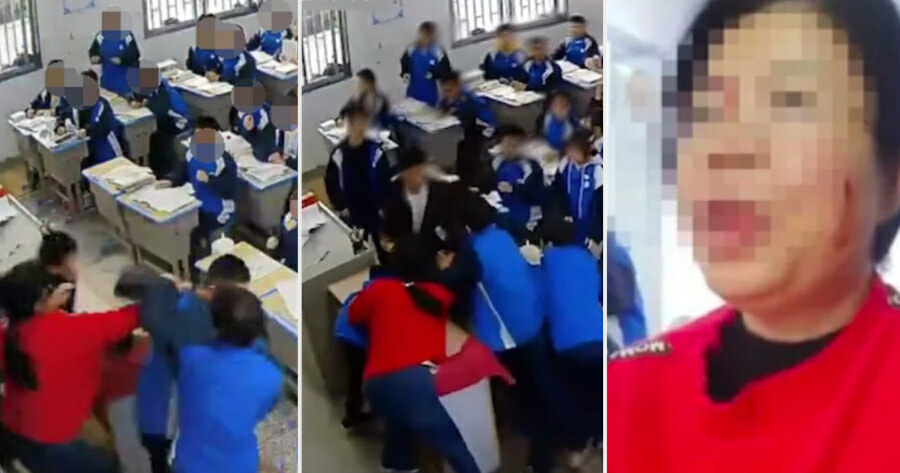 Never mess with an angry person as they can be irrational in their decision-making and may act in an unpredictable manner. A teacher in Hunan, China witnessed this firsthand as she had to deal with the wraith of one of her students who was not only angry but also hungry at the same time.

In an incident that took place in a secondary school in Hunan on 10 November 2021, a teacher was punched by one of her students for allegedly holding the class back from going for their lunch break. The CCTV footage of the assault has since made its rounds across Weibo and other Chinese Social Media platforms, prompting discussions amongst netizens in the country.

In the video, the student can be seen sitting at the back of the class suddenly rushing towards his teacher and attempted to beat her up. He managed to punch the teacher several times before several of his classmates jumped in to restrain him and ultimately managed to stop the ‘hangry’ student.

Earlier in the video, the student can be seen banging his fist on his desk in frustration during the lesson before suddenly going all in towards attacking the teacher. The assault left the teacher with several cuts and bruises on her face, especially around her cheeks and eyes. Currently, the incident is currently under investigation by the local authorities. 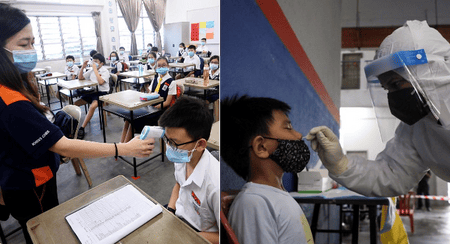