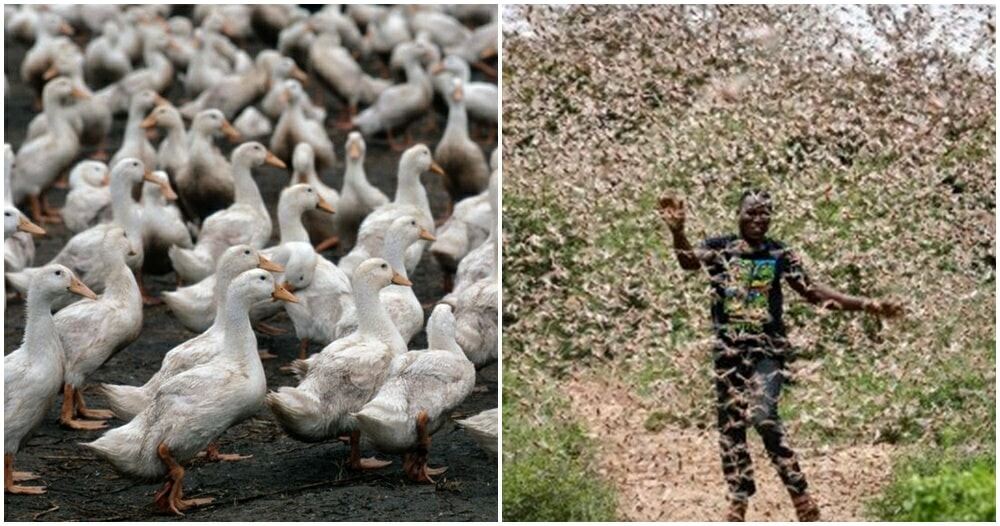 These are the real Mighty Ducks! 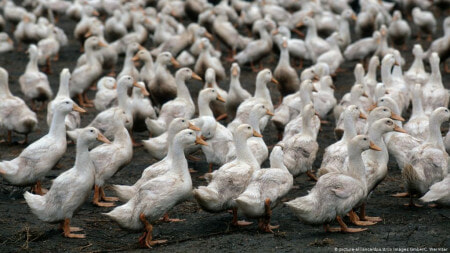 As some of you may know, South Asia, the Middle East and East Africa are at risk of facing a food shortage because of the deadly swarms of locusts that have destroyed crops and pastures in these regions at a deadly rate. With Pakistan as its latest victim, many are wondering if these locusts could potentially cause global poverty to strike. Thankfully, Pakistan’s Chinese neighbours are not planning on sitting back to watch that happen.

An army of 100,000 ducks are waiting to be deployed from China to Pakistan to fight these crop-eating pests and deal with the threat of regional food scarcity, says reports from the Straits Times.

Mr Lu Lizhi, a senior researcher with the Zhejiang Academy of Agricultural Sciences snf leader of this project, said that these duck troops are expected to be sent to Pakistan in the next half of this year to battle against these locusts.

Mr Lu calls our feathered friends “biological weapons”, claiming that they’re more effective than pesticides! Don’t be fooled by their adorable quacks and webbed feet, “one duck is able to eat more than 200 locusts a day”, said the experienced researcher on Thursday (27th February), using results of experiments as evidence to prove the ducks’ searching and predation capabilities. 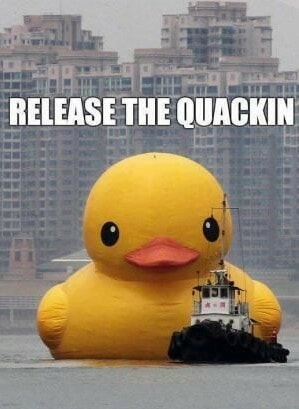 A final trial will be held in Xinjiang in the later part of this year before the duck army is sent to Pakistan. Hopefully, the test goes well so these ducks will battle the pest plague effectively. As Pakistan’s largest producing regions are also facing unseasonal rain and a scourge for low-quality seeds, the locusts are weighing exceptionally hard on this country’s fragile economy.

The swarms have since migrated to India. And with China sharing a border with both these countries, it’ll be crucial for the superpower to prevent an invasion. If you think a locust attack doesn’t pose a global threat to the world, think again. 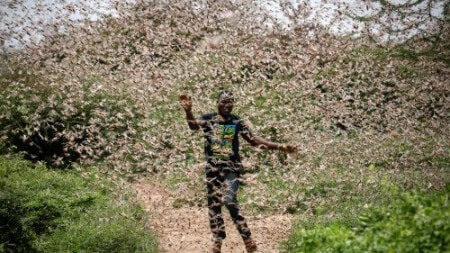 UN’s Food and Agriculture Organisation (FAO) just announced that the cost of fighting these pests in East Africa has doubled to USD$128 million (RM 540,928,000)! But the number is growing with more countries being affected each day. The most affected region right now is the Horn of Africa but there’s also been a significant movement of swarms over the Arabian Peninsula that has reached both sides of the Persian Gulf.

Let’s hope all the trials go smoothly so these pests can be taken care of once and for all!

Also read: A Plague of Locusts is Consuming Everything in East Africa, May Invade Middle East & South Asia 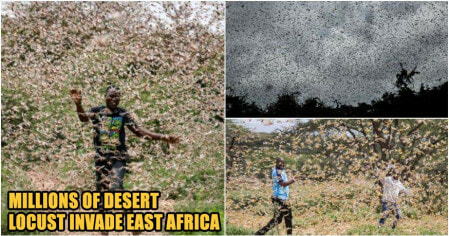