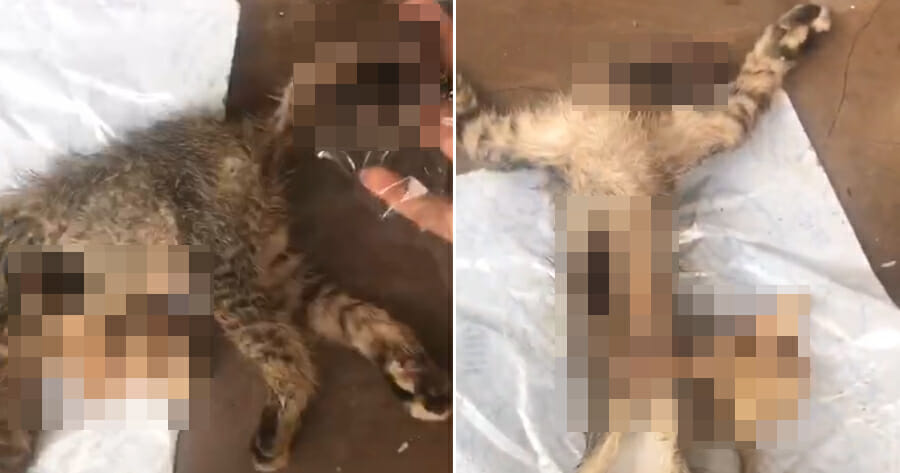 The Malaysia Animal Association received a case where a cat carcass was found without its brain, several organs and without blood in Puchong.

The cat carcass was found with its brain and skull missing while its nose, ears and skin still remained intact. A puncture wound was also found on the cat’s abdomen with its intestines spilling out while several internal organs like the heart, liver and kidneys were missing without a trace.

Furthermore, there was no blood found around the cat carcass. The Malaysia Animal Association suspects that the cat’s blood was drained out first.

The cat was found by its owner behind his residence in Bukit Kinrara, Puchong on 6 August. He then contacted the Malaysia Animal Association to seek help on how to handle this cruelty case.

Several steps were provided for the owner to take in order to potentially track down the culprit who killed the cat while Malaysia Animal Association also hopes to find the culprit and bring justice.

Malaysia Animal Association welcomes anyone with information on any case of violence, cruelty or killing of animals so that perpetrators can be brought to the authorities.

Anyone with complete information and sufficient evidence and witnesses can contact Malaysia Animal Association at their WhatsApp hotline (+601120901097). Personal information provided will be kept completely confidential.