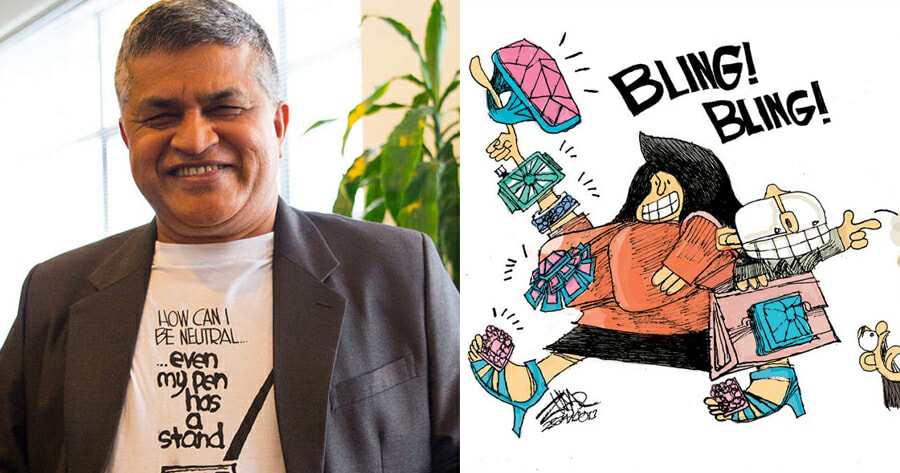 Now that we have the freedom of press, the media is free to broadcast what they want without fear of being sued. This applies to Malaysian cartoonists too, who previously weren’t allowed to draw at their own will.

Political cartoonist, Zulkiflee Anwar Haque, or better known as Zunar, has been mocking political figures in his cartoons for many years. He said that he misses the former prime minister’s wife, Rosmah Mansor, now that she has fallen out of the limelight. 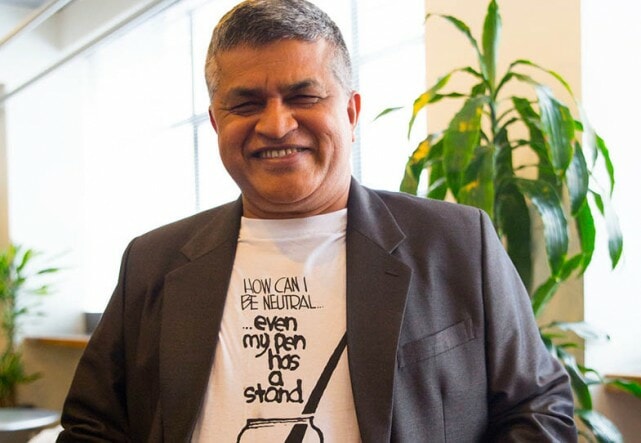 He said he enjoyed drawing cartoons of Rosmah because she was very “cartoonable”, being more dominant and interesting than her husband Najib Razak, according to Free Malaysia Today.

“For a cartoon, you need a leader who is dominant because they can be characters, they need emotions. With Donald Trump, Adolf Hitler, it’s easy… with Rosmah and Dr Mahathir Mohamad, it’s easy. But Najib is difficult because he isn’t dominant.”

In saying this, he added that Rosmah was someone who spoke openly about what was on her mind and defended herself when needed. He said she made a good cartoon character as she had interesting physical attributes such as her hair and her reputed love of handbags and rings. 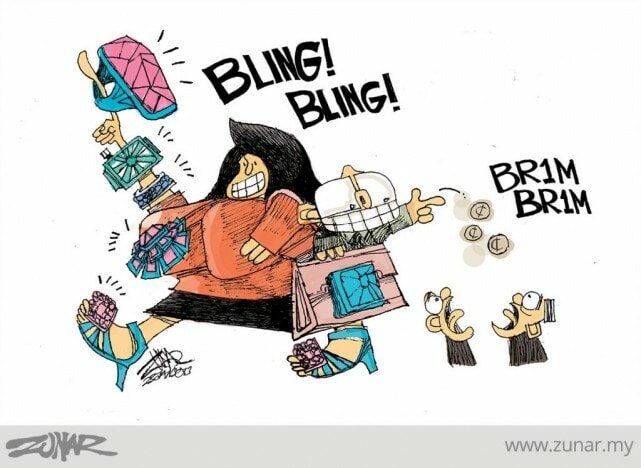 “On the other hand, Najib doesn’t talk much on issues like 1MDB or Jho Low, he only talks about food. He talks about stolen chocolates, quinoa, and kangkung,” Zunar said in a grumpy tone, referencing the 1MDB scandal that heavily involves Najib.

“Given a choice, I would have wanted Najib to resign but have Rosmah stay on – that’s for the sake of my cartoons. But they both had to go for the good of the country.”

In the meantime, Zunar said that he would still be drawing cartoons of Rosmah and any events related to her during the transition period while the new government settles in. Once this is over, he would continue with “criticising the government of the day as a political cartoonist should“, but added that he is willing to give the new government “a bit more time”. 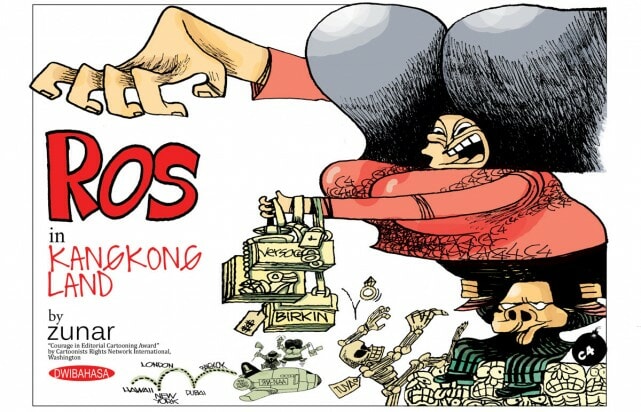 “PH didn’t just replace a government but a regime, so they are rebuilding from scratch, and it starts with them cleaning the house of corruption. Those who wanted change have to help them rebuild and clean house first, we can’t criticise them straightaway.”

He isn’t sure how hard he would be on Pakatan Harapan (PH), but he would continue to criticise those in power as he always has.

“I am happy with the change in the country, because now we have hope, especially for freedom of expression. Whether the hope meets reality, we have to wait and see, but the early signs are good,” he said.

If you haven’t seen Zunar’s illustrations, here are some of them to crack you up: 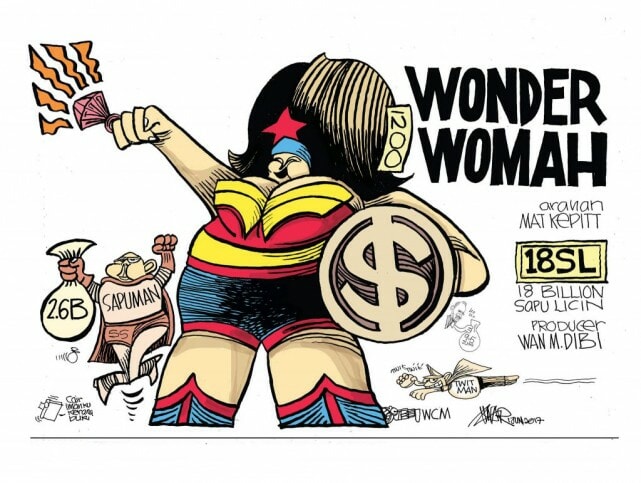 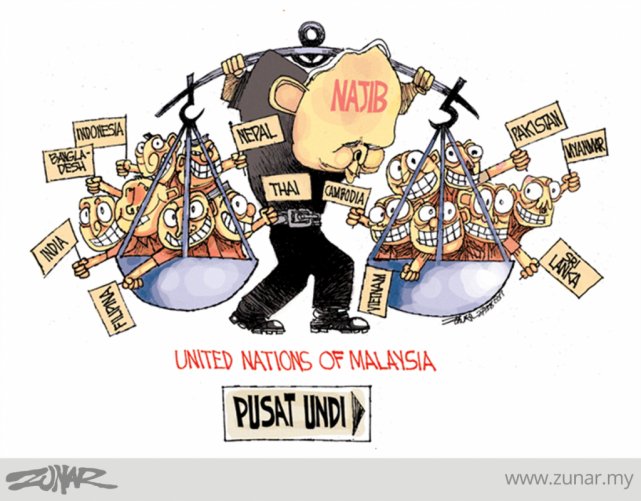 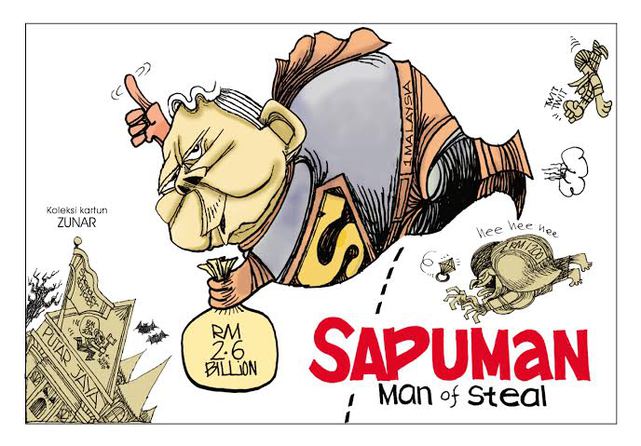 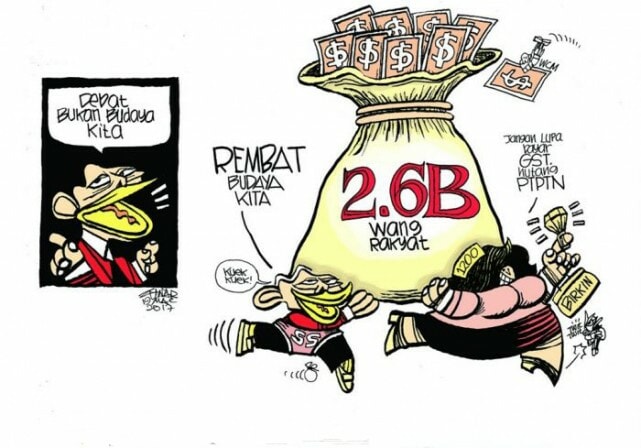 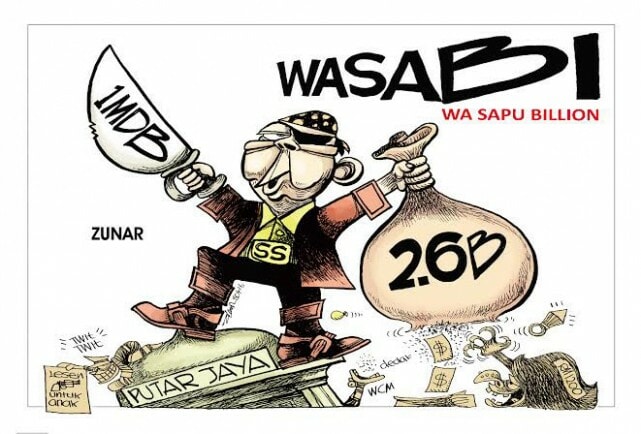 Such savagery drawings! Looking forward to what Zunar has in store for us in his future cartoons! 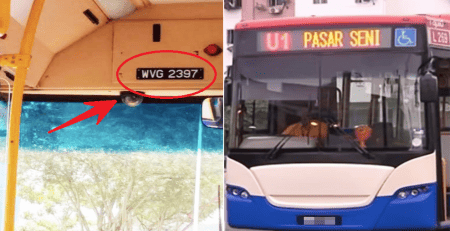