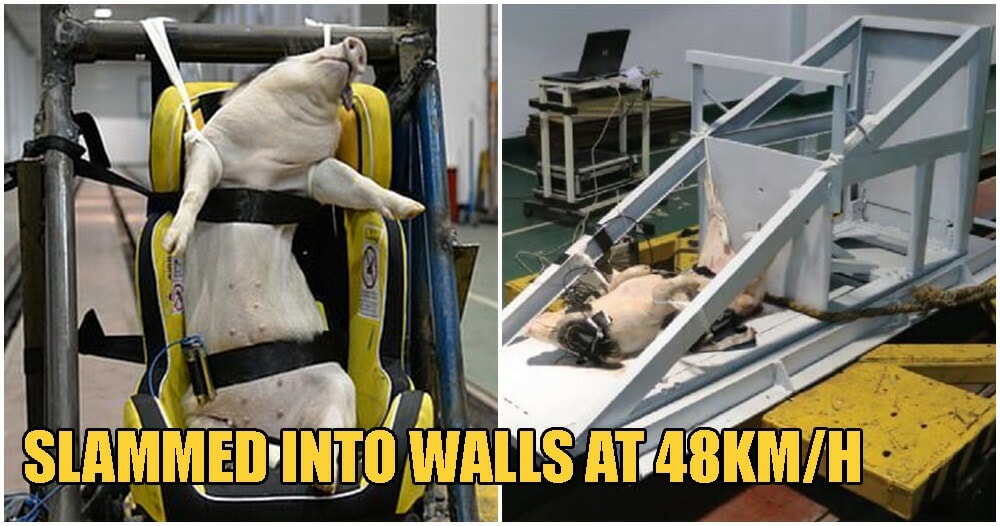 This is outrageous! Animals haven’t been used as test subjects for years. The fact that this is STILL happening in this day and age is a major step backward for humanity.

A car company from China has come under fire recently for using live pigs as crash test dummies. According to Daily Mail, 15 immature pigs were starved for 24 hours before being strapped in for high-speed simulations in a test which killed seven of them instantly. 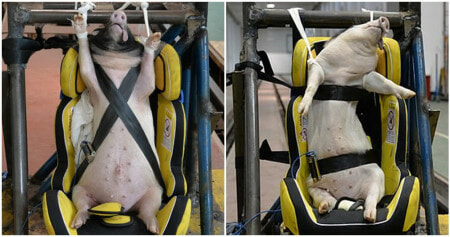 The poor pigs were reportedly fitted into children car seats as researchers wanted to mimic the effects of six-year-old children in 30mph (48km/hr) car crashes.

Not only did these helpless animals have to endure the bleeding, laceration and internal bruising that led to their inevitable deaths, it was discovered later that the results were absolutely WORTHLESS and did not contribute to the understanding of humans in a car crash anyway!

“Pigs don’t naturally sit up in car seats. Their anatomy is also very different from that of humans, so the data obtained from these horrific animal experiments aren’t applicable to human car-crash victims,” says PETA activist, Zachary Toliver. 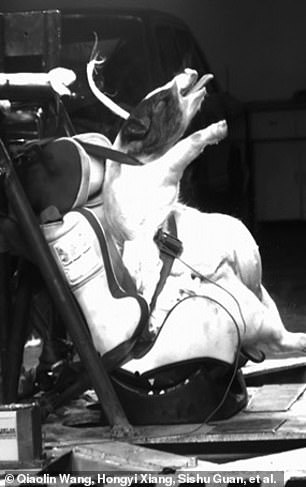 “Car companies figured out years ago that these kind of experiments are worthless and tell us nothing about a human experience in a car crash.”

The innocent pigs were aged just between 70 and 80 days old, and were given no food for 24 hours before the experiment. They were also denied water 6 hours beforehand but were drugged with anaesthesia to “reduce stress and excitement”.

The poor animals were then positioned in a seat that was mounted on a sled before they were slammed into a wall at a speed of around 48km/hr. 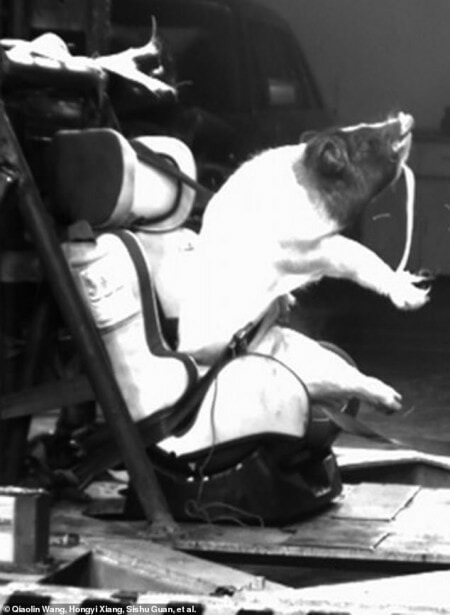 “Of the tested animals, seven died immediately after the impact,” scientists said.

While animals used to be used as test subjects all the time back in the 90’s, PETA, an animal rights organisation, staged multiple protests in America that prompted the end of animal tests in 1993.

“‘It’s horrifying to look back now and imagine that animals were deliberately slammed into walls at high speeds in car-crash tests.”

A car company in America identified as General Motors, admitted that it had used thousands of dogs, pigs, rabbits, ferrets, rats and mice in labs before animal testing was officially pronounced unethical. 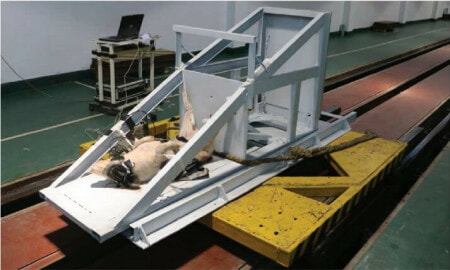 There needs to be more awareness about how animals can’t be used for these cruel testings anymore!

In this modern world, crash test dummies that are fitted with data recorders can actually measure the impact of a car crash to accurately reflect its effects on the modern population.

Let’s do our part in putting an end to this madness. Share this article to spread the word! 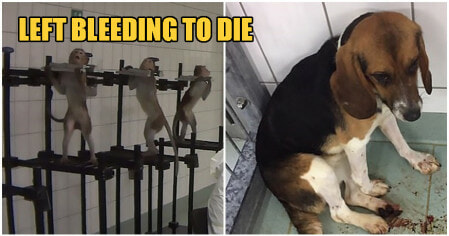