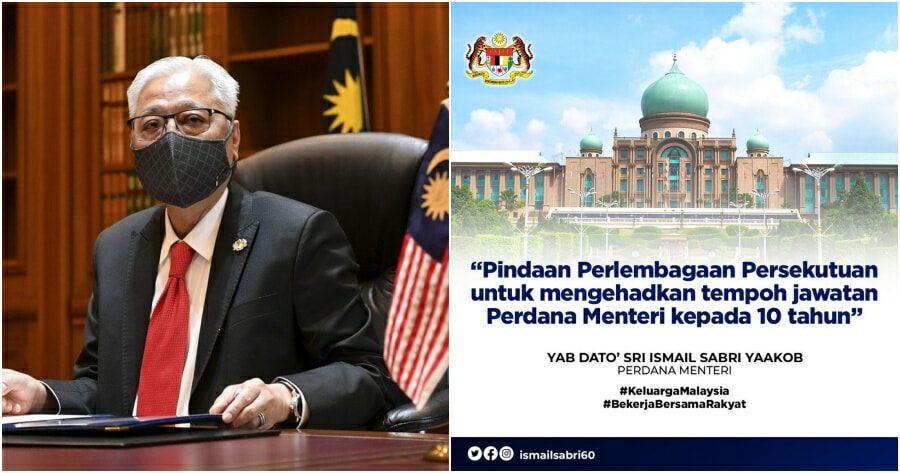 It was previously reported that Law Minister Datuk Seri Wan Junaidi Tuanku Jaafar said that the reforms which former Prime Minister Tan Sri Muhyiddin Yassin had offered to the previous opposition would still be considered by the new administration.

In a statement posted today (10 September) by the Prime Minister’s Office, Prime Minister Datuk Seri Ismail Sabri Yaakob said that the cabinet has agreed to the reforms which include: limiting the term of the prime minister to 10 years, introducing an anti-party hopping law and giving greater recognition to the opposition. 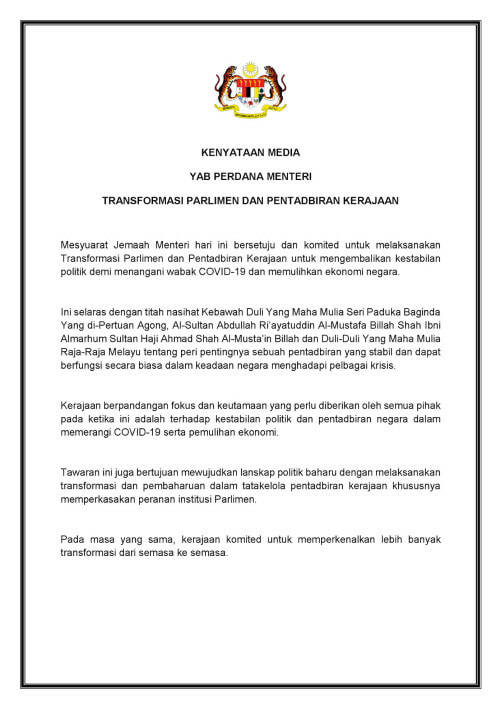 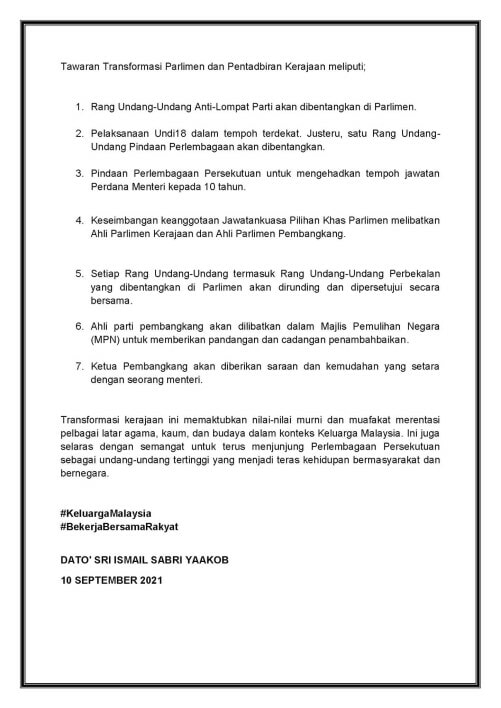 On his social media page, he explained that the “parliamentary and government transformation” is aimed at ensuring political stability in the government’s efforts to address the Covid-19 crisis and restore the ailing economy.

The moves were among a slew of reforms vowed to be implemented in the coming future. However, he did not provide an exact time frame on when all the reforms are expected to be carried out.

“This government transformation embodies noble values and consensus across various religious, racial, and cultural backgrounds in the context of the Malaysian Family. This is also in line with the spirit to continue to uphold the Federal Constitution as the supreme law that is the core of community and national life.” 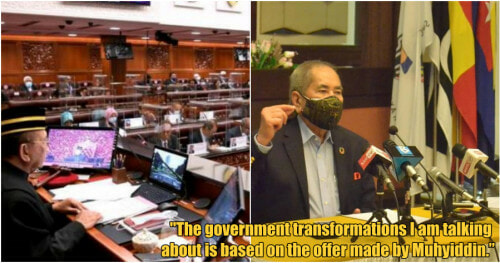