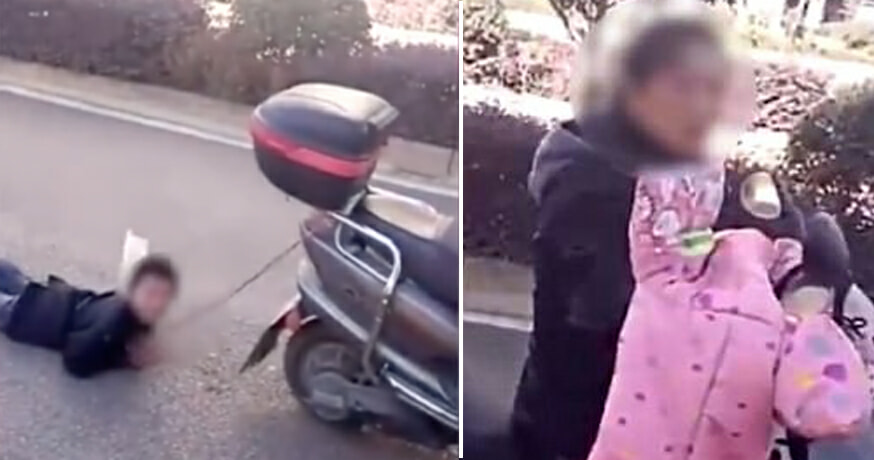 Asians have surely heard of the term “Tiger Mom” and their stern ways of educating their children. Strict rules, tough love and discipline, all for the success of their children. This traditional Chinese way of raising children is still adopted by many mothers out there.

However, this mother in China definitely took things to the next level!

A woman was reportedly spotted dragging her son behind her on a scooter, with both of his hands bound together in Zhaotang, Yunnan Province in a viral video uploaded to Chinese social media on January 17, The Epoch Times reported. 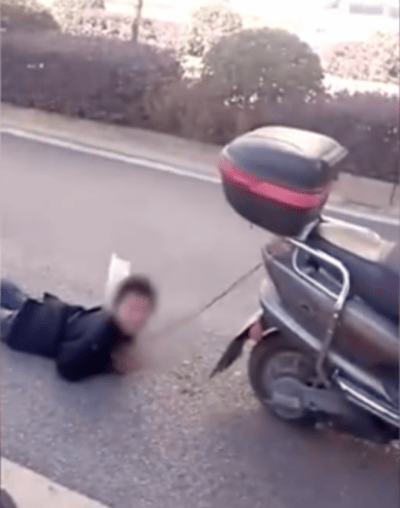 In the ten-second video that was taken by a Chinese netizen, the footage shows a woman clad in black riding a scooter, dragging the child behind her on the ground. The boy can be seen crying loudly with his hands tied by a rope attached to the scooter.

The boy’s mother then said that he was disobedient and she was teaching him a lesson. Someone off-camera can also be heard commenting that not even a stepmother would do this to a child, let alone a birth mother.

Although a woman who was driving past them advised the mother to stop, her words fell on deaf ears. The video soon became viral on Chinese social media. 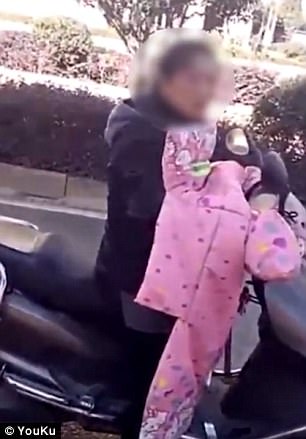 Soon after the incident caught attention, the reason behind the mother’s extreme disciplinary measures began to come to light. Ludian Police released a statement, saying a person had reported 2,000 yuan (RM1,225.49) missing from their residence on January 16, according to Beijing News.

It was revealed that the 10-year-old boy was the culprit behind the case, but it was unclear where the money went. Furious over her son’s behaviour, the boy’s mother then decided to take matters into her own hands to teach him a lesson.

An investigation has been launched by the Ludian Police upon learning about the situation. The mother has since come to her senses and realised that she should not have been so violent towards her son. Meanwhile, the boy was reported to be unharmed by the incident.

Watch the video of the ordeal below: