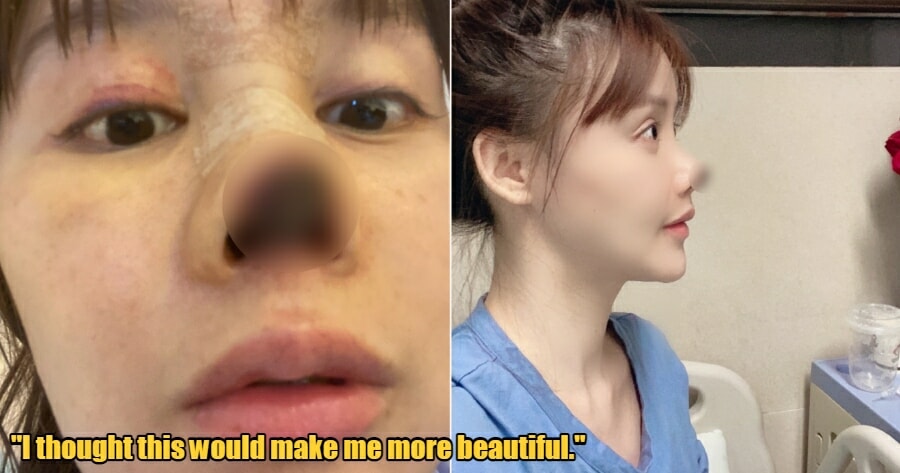 It’s no secret that plastic surgery is a go-to method for most towards achieving their personal and ideal physical standard.

But sometimes, plastic surgery can turn into someone’s worst nightmare.

As according to the South China Morning Post, Chinese actress, Gao Liu is now warning her fans against cosmetic surgery and the dangers that come with it as she endures a shockingly botched nose job that has left the tip of her nose to rot off. 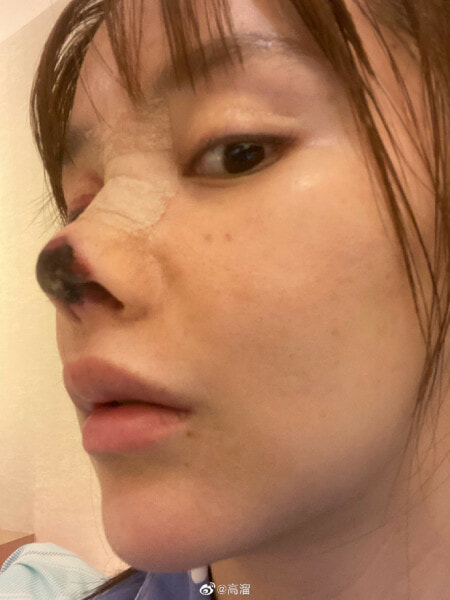 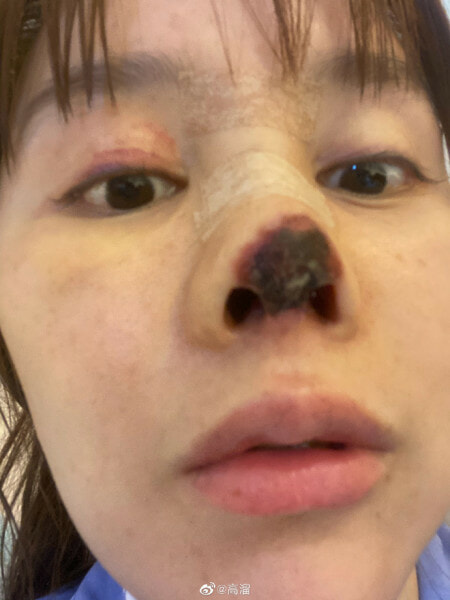 She has since shared pictures of her nose blackened with dead flesh as she’s lost a number of acting parts, which has left her feeling suicidal. 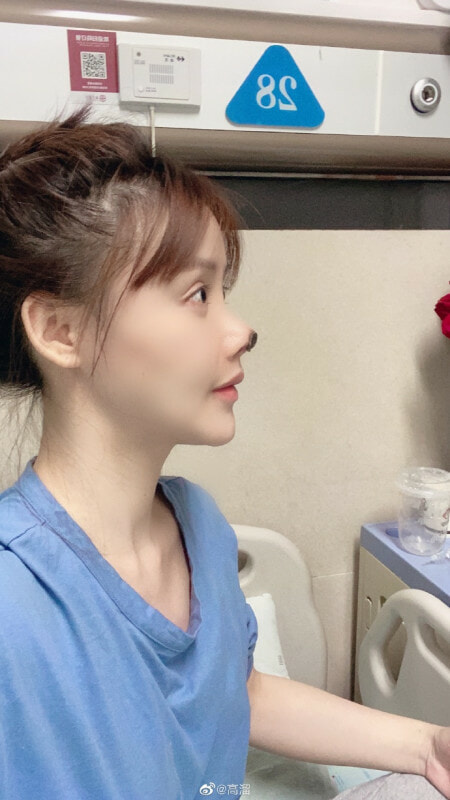 “I had thought that these four hours (of surgery) would make me more beautiful, but I didn’t realise that they would be the beginning of a nightmare,” she said, adding that she thought the operation would help her get more acting gigs.

The ‘micro-adjustment’ surgery to graft cartilage onto the tip of her nose was left infected, which led to repeated follow-up surgeries where she ended up hospitalised for 61 days and it all costed her 400,000 yuan (RM250,484).

Based on reports by AsiaOne, Gao Liu lad later learned that the facility in which conducted the surgery on her had been previously disqualified from conducting such procedures and are currently waiting for a thorough investigation to be completed. 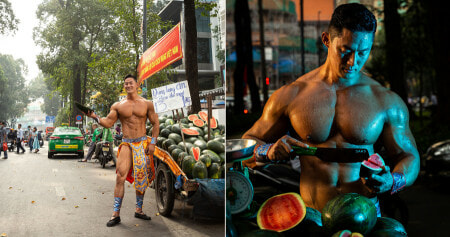 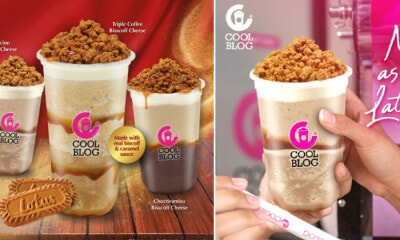