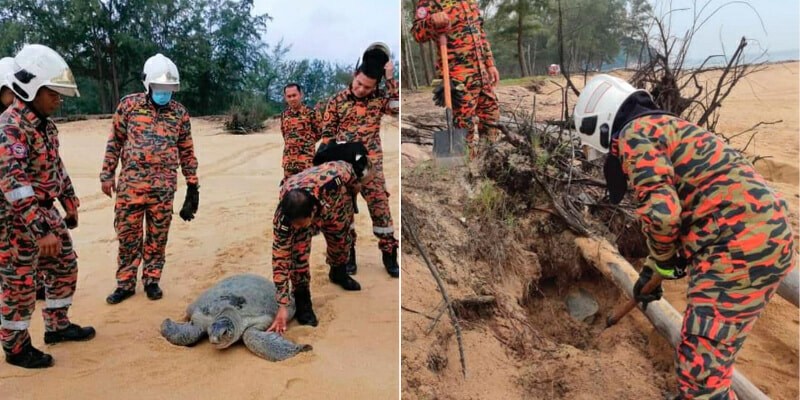 A female Green (Agar) turtle, weighing about 150 kilograms, was the center of a rescue operation in Kerteh, Terengganu yesterday (9 August).

The Kerteh Fire and Rescue Station officers saved the turtle after it had gotten trapped under a fallen tree in Pantai Cakar Hutan, Kampung Labohan.

As according to Bernama, Terengganu Fire and Rescue operations centre officer, Senior Assistant Controller Shahrizal Shamsudin said that they received a distress call, prompting a team to be deployed to the location. 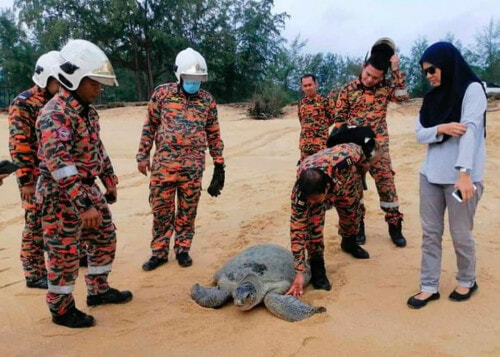 “Upon arriving, we found a turtle trapped under a fallen tree. We then cleared a path and cut the tree,” he said. 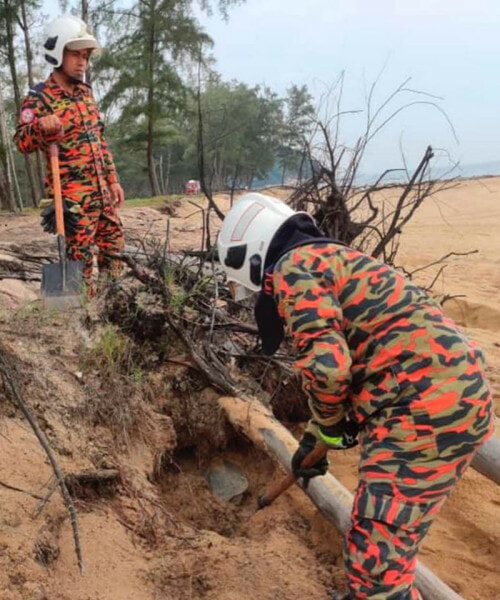 “The turtle was successfully freed and was not injured. We then released it back to the sea.” 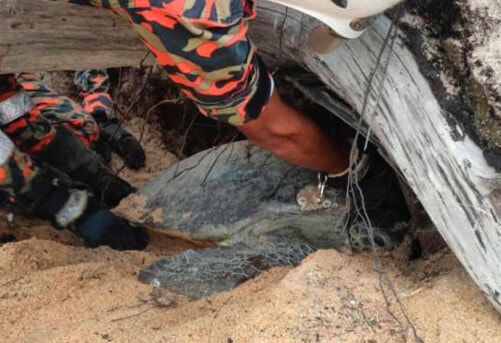 Green turtles are one of the largest sea turtles alive and are classified as endangered due to the threat of overharvesting of their eggs, hunting of adults, being caught in fishing gear and loss of nesting beach sites.

Thankfully, our fire fighters were there to save this Green turtle!