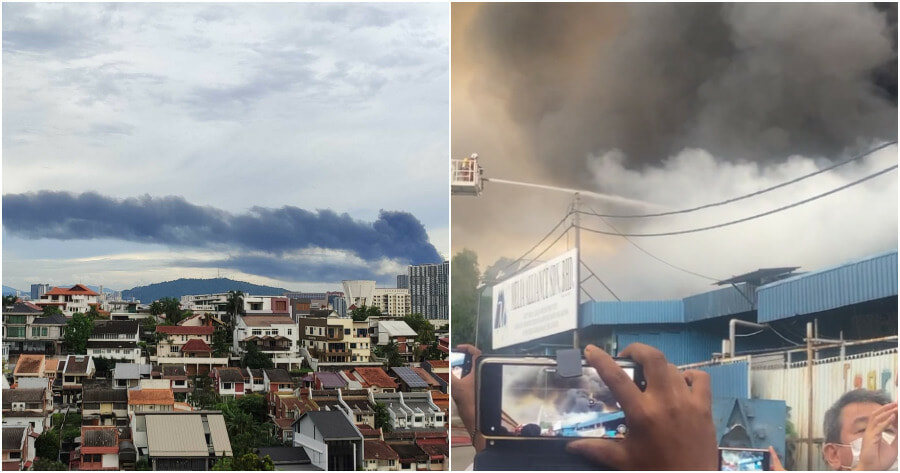 According to a live video shared by TREJ Online Mall, firefighters are already at the scene to stop the fire.

Despite the works, it is revealed by the narrator that the fire is burning stronger. While the firefighters are doing their best to put out the fire, the crowd stand watching. As of 6:33 pm, another fire engine has arrived at the scene to help the existing firefighters in putting out the blazing fire. A total number of 12 fire engines are present at the scene and the fire is spreading to the factory beside.

As of now, the cause of the fire is unknown and no death or injury have been reported so far.

As the fire continuously burn, residents from as far as Taman Desa are able to view the thick black smoke on the sky!

At the time of writing, the narrator also revealed that the water current is too low which has made the rescue work challenging. The fire started an hour ago and rescue work is still underway.

Also read: Man Has No Worries In World, Continues Eating Despite Wedding Compound Blazing With Fire 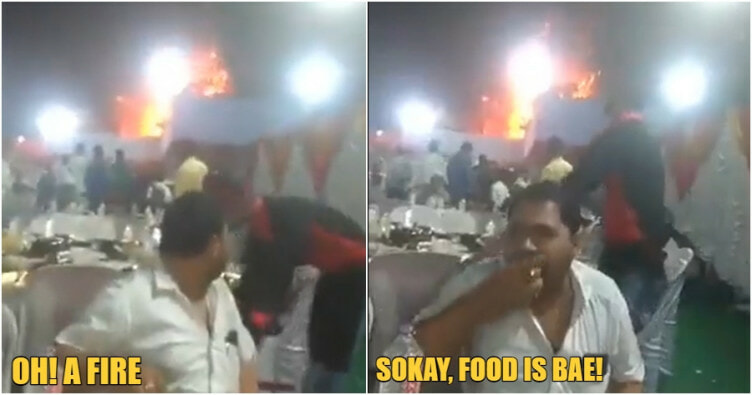