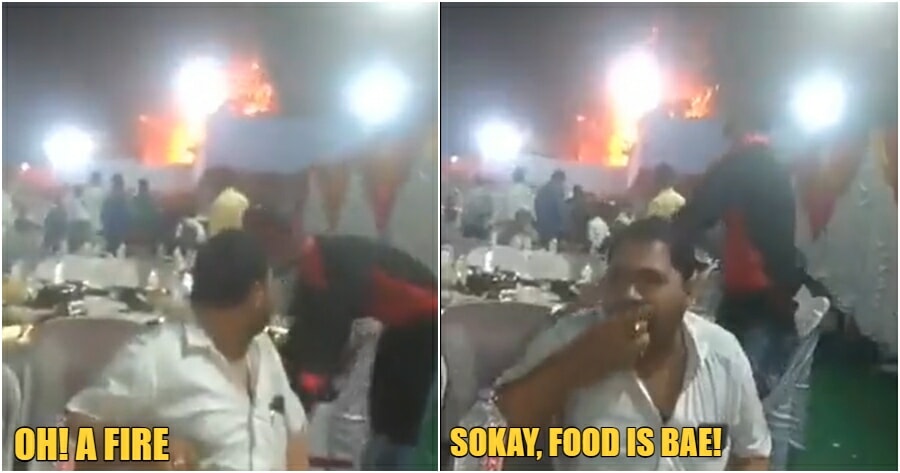 A true foodie will never abandon food in any circumstances. Food is love, food is life!

Recently, a tweet from Free Press Journal India gained people’s attention for how guests at a wedding in India could not care less seeing a compound at a wedding blazing on fire and continued eating.

#WatchVideo: Even as fire-ravaged #AnsariMarriage ground in #Bhiwandi last night, people seem to have enjoyed their dinner in a marriage reception held in the same compound #Marriage #ViralVideo #News #Trending #WeddingSeason #LoveForfood pic.twitter.com/sn6oHqCuj1

Free Press Journal reported the incident happened at a storeroom of Ansari marriage hall in Bhiwandi, Thane on Sunday evening. The storeroom which contains materials for wedding decoration and chairs were all engulfed in flames.

Luckily, there were no injuries reported. The only injuries are the newlyweds’ pockets and pockets of the owners of six motorcycles that were parked close to the fire scene.

The fire was quickly put out only an hour after being informed.

Receiving the attention it deserves, Twitter users were amused after viewing the video.

Several foodies left some hilarious comments, such as these:

“Don’t call yourself a foodie if you leave your plate and run away from the fire 🤣” said one user. 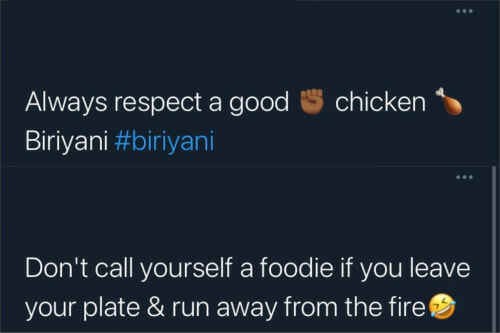 “This is what I mean when I day I want to die with a full stomach!”

Another user loved the guys in the video to the extent of saying they would also want the same couldn’t-care-less spirit when dealing with problems. 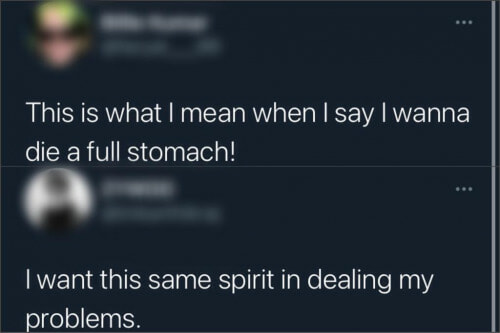 Twitter users even had the time to make memes out of it!

These creative folks have never fail to make the best memes in the social media world.

Looking at this opportunity, they dropped some hilarious memes that described the men and fire incident precisely! 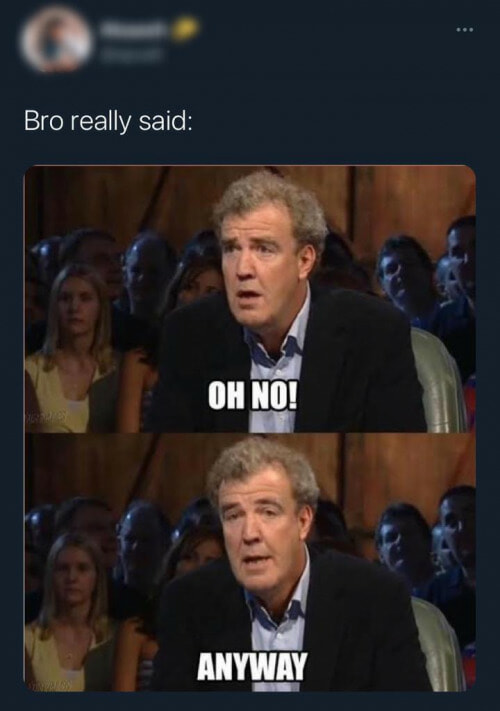 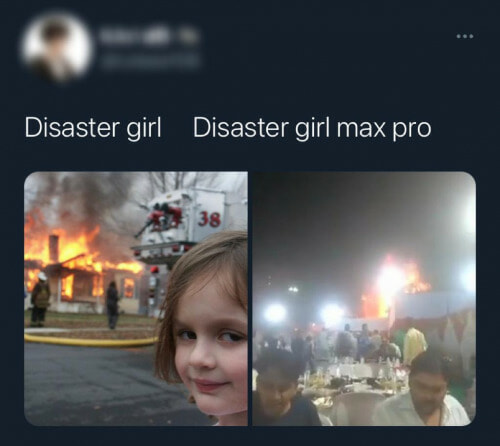 3. The legend has been recreated

With the caption “The legend has been recreated“, this user found a meme that we could say BEST describes the situation the men were going through at the wedding! 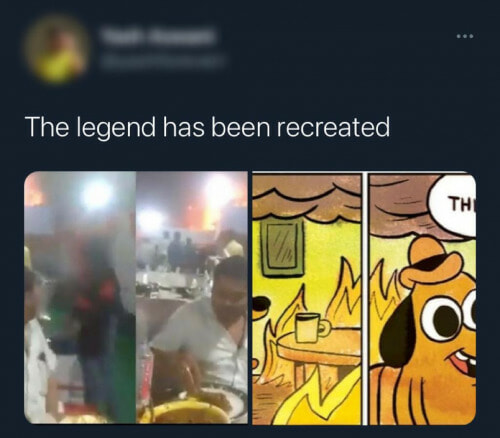 This indeed made our day. Did it for you? Let us know in the comment section down below. 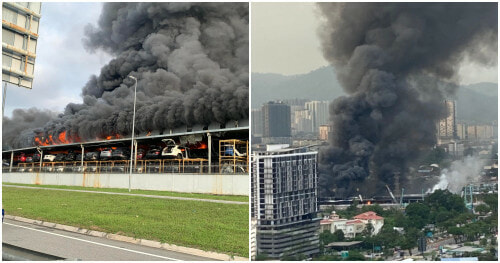