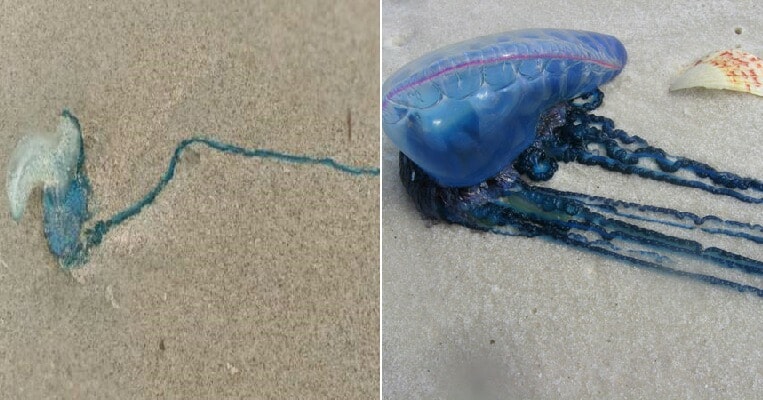 The Marang Civil Defense District Office (APM) has warned the public not to go near the beaches at Pulau Kekabu, Terengganu for now, as it can be really dangerous. This is because they have collected over 30 Portuguese man o’ war jellyfishes on the beaches and these animals are very venomous. 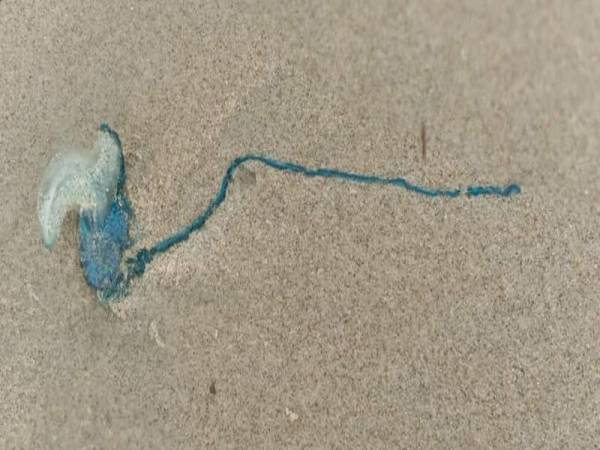 According to Berita Harian, APM collected the jellyfishes today (Feb 20th) and said that people should stay away from the beaches until the animals are gone. Captain of Apm, Mohd Zabri Abd Razak, said that the team did a routine observation at the beach around 11.46am and were surprised to find so many of the jellyfishes washed up on the sand.

“We thought that it would only be a few jellyfishes but we were wrong as we found more than 30 live jellyfishes that were still alive lying on the beach. It’s fortunate that at that time, there were no visitors on the beach. We would like to warn the public to always be careful when they are visiting that beach,” he explained. 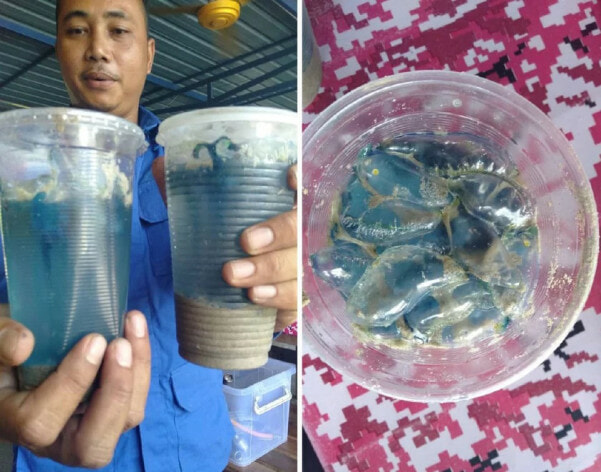 APM thought that the Portuguese man o’ war jellyfishes had gone from the beach because when they inspected the area yesterday and the day before that, they could not find any. However, they said that it was possible that many of the jellyfishes might still be floating in the middle of the sea, and they could be slowly making their way to the beach.

Mohd Zabri also cautions the public not to touch the jellyfishes as they are very venomous and if they see one, they should immediately leave the area. APM says that they have already informed the Terengganu Department of Fisheries for further action. 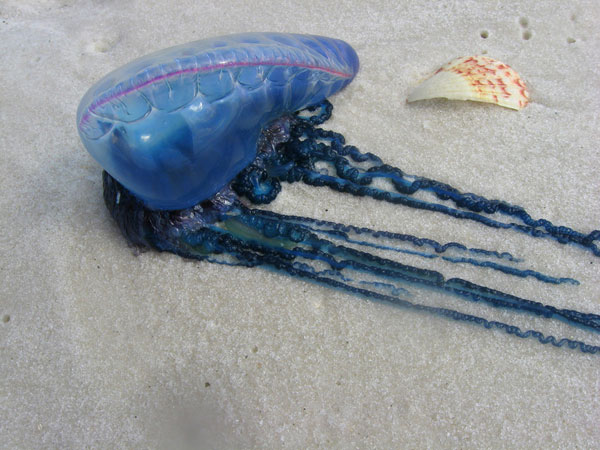 APM said that they will carry out routine inspections as necessary as they want to make sure that public safety is assured. Before this, the APM team had informed that they found 11 dead Portuguese man o’ war jellyfishes at Pulau Kekabu beach on Feb 11th. Another 10 live jellyfishes were found floating in the sea. The dead jellyfishes were sent to the Oceanography Centre at Universiti Malaysia Terengganu (UMT) for further investigation.

Previously, these venomous creatures were also recently spotted at the waters in Pahang and Johor. They are easy enough to recognise as they are translucent, and they are usually tinged blue, purple, pink, or mauve. In some places, they are known as “Bluebottles.”

Remember, don’t touch them, not even the dead ones! 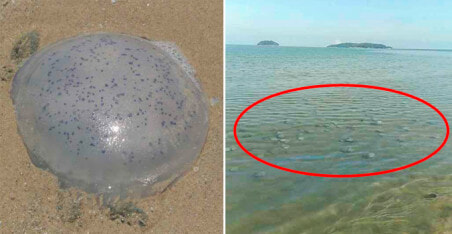