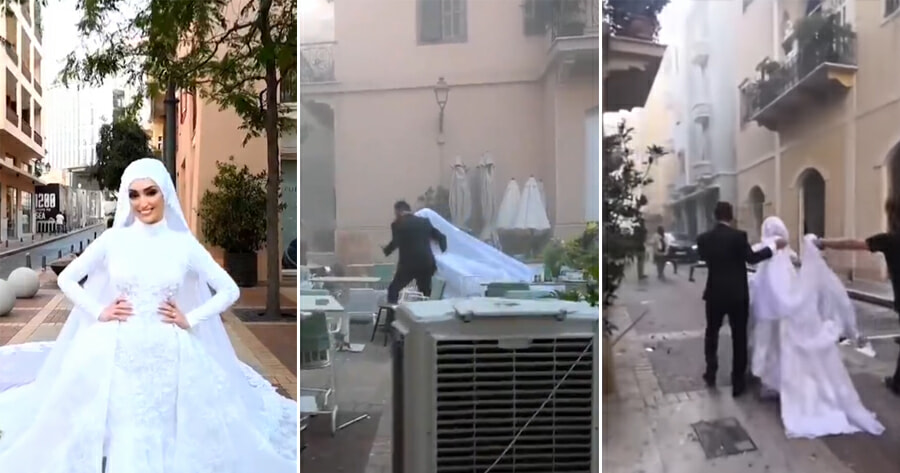 A Lebanese bride was one of the people who was affected by the massive explosion that happened in Beirut, Lebanon on 4 August. Israa Seblani was in a middle of a pre-wedding photoshoot in Beirut square when the ground was suddenly shaken and buildings started toppling. 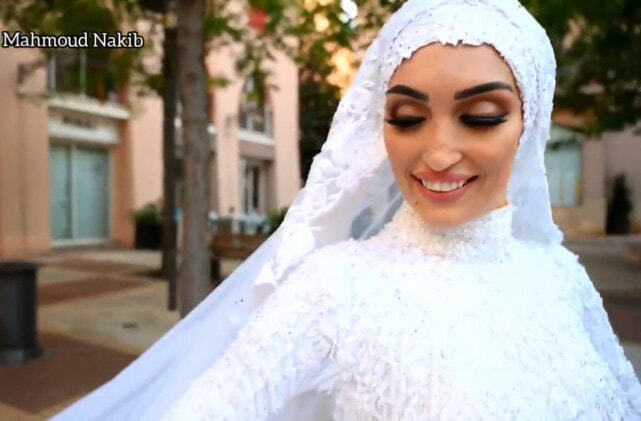 The video starts off with Seblani posing and smiling for the camera as Nakib closes in to show off her white bridal dress. He inches into her face and pans around when he realises something is wrong.

The blast sweeps over the entire scene and Nakib can be heard saying “Allahu Akbar,” which means “God is the greatest,” reported Global News.

Seblani and several men in suits can then be seen rushing into a nearby building for cover as bells and alarms go off.

After the explosion, Nakib continues filming the location where trees and outdoor furniture are seen scattered everywhere. The groom and another man can also be seen helping Seblani with her dress as they walk through a street.

He then points the camera to himself to describe the scene. He says in Arabic, “Look at me, I’m shaking.”

“There was a really, really big explosion. All the storefronts have been smashed. Some people have been injured, but thank God we are fine. Everything is broken.”

Nakib says he and the couple were unharmed by the explosion and said that they all took refuge at a nearby house and had dinner together at a restaurant later that evening. The area where the photoshoot took place is said to be about one kilometre away from the explosion.

The explosion killed at least 80 people and injured about 4,000 others.