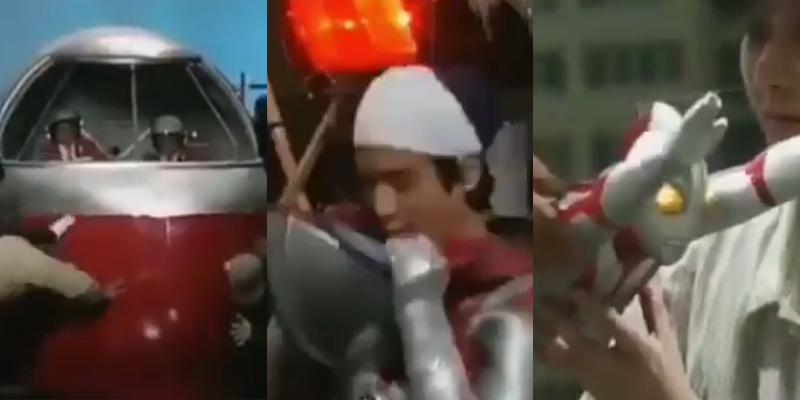 Ask any Malaysian boy who grew up watching Super Sentai and Ultraman in the 90s and they will tell you that their first exposure to special effects will probably come from Japanese cartoons mentioned in the above.

Known as ‘tokusatsu’ or special effect, Ultraman is a hugely popular character that uses special effects to tell the story of how a human being is combined with an Ultra, an alien composed of light requiring a physical host to combat giant monsters.

Enough about history, ever since its creation in 1966, Ultraman is indeed popular to this day especially in Asia.

Taking to Twitter, @anthraxxx shared rare behind the scene footages of how Ultraman’s Tokusatsu’s are made – from donning their costumes to fighting scenes between Ultraman and their monsters.

You see boys and girls, it was not all CGI back in those days. All effects involved the action of the crew and stuntmen put in place to ensure the desired effect is achieved. Ultraman is indeed a pioneer in the field of colossal heroes fending of monsters attempting to conquer Earth.

Great, now we too have a hankering to watch Ultraman too.