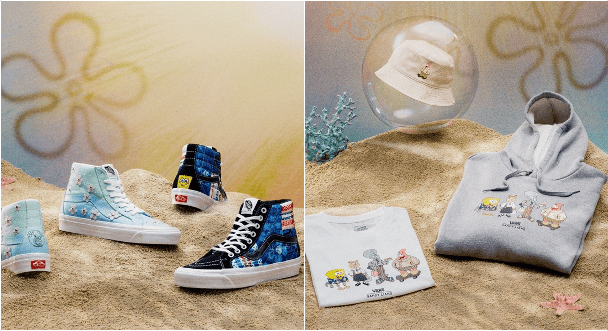 As reported by Teen Vogue, the five-piece collection which includes a bucket hat, t-shirt, hoodie and two pairs of classic Vans Sk8-Hi 38 DX reimagined by Sandy herself was unveiled on May 6 to the public. 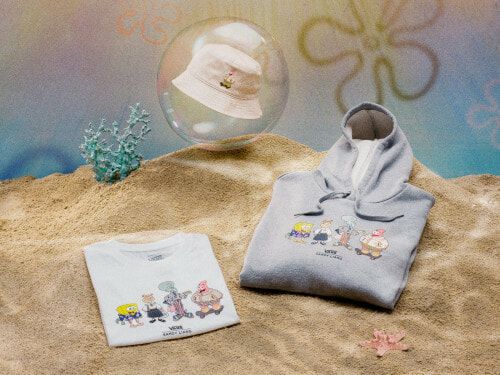 The hat, shirt, and hoodie feature SpongeBob and his friends, Squidward Tentacles, Sandy Cheeks, and Patrick Star, all dressed in items from the Sandy Liang ready-to-wear line. Sandy Liang elaborated on her designs for the collection and said,

“I wanted to refer back to Bikini Bottom whenever possible, but also while bringing the characters more into the real world, as in my version of the Lower East Side. I didn’t want any of the outfits to feel too costumey and it was important that each of their outfits could be something I could see translated into a real garment.”

The two shoes, however, are more to an artistic interpretation of the franchise. One features collage of prints that can be found in the show while the other is an interpretation by Sandy the designer dedicated to Sandy the squirrel. The full Vans x SpongeBob SquarePants by Sandy Liang collection drops June 4 and will be available online at vans.com/spongebob and in select Vans stores offline.
Also read: This Dark Theory About SpongeBob Squarepants Is Ruining Our Childhood Forever