Last night (August 22), vehicles transporting UMNO leaders were seen entering the compound of the Seri Perdana Complex at 6pm in the afternoon. Among those arriving was UMNO Vice President Datuk Seri Mahdzir Khalid.

Berita Harian’s source informed that they were having a meeting with Prime Minister Datuk Seri Ismail Sabri Yaakob at 8pm and the UMNO leaders were then seen leaving at 9:11pm.

Since then, there have been rumours that the meeting with the Prime Minister was to ask that he intervene in former Prime Minister Datuk Seri Najib Razak’s corruption case, as shared by Utusan Malaysia in a now-deleted report. 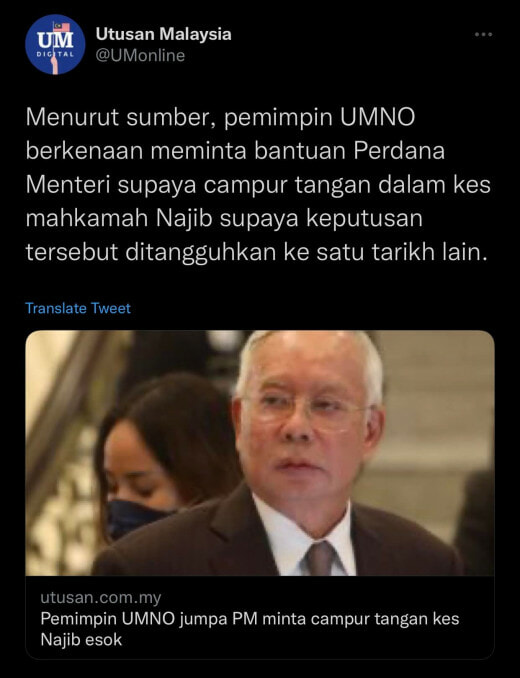 “If this is news that’s true, then it is very unfortunate for this country. Judicial institutions are one of the three main branches in the country, including legislative and executive institutions. Each of these branches is enshrined in the doctrine of separation of powers where one branch cannot interfere in the affairs of the other branches,” he said.

“When there is a proposal from UMNO for the Prime Minister (from the Executive branch) to interfere with court affairs (from the Judicial branch) – it already violates this doctrine. It is an act that is against democracy. It also challenges the sovereignty of the three main branches of the country,” he said.

He continued by saying that such intervention ought to be opposed.

“This time, this intervention needs to be protested. If you are from UMNO’s leadership and you also object to this meddling of matters – speak up and urge the UMNO leaders not to interfere. Bring the principle of upholding national democracy for the people,” he added.

We genuinely hope that these rumours aren’t true. 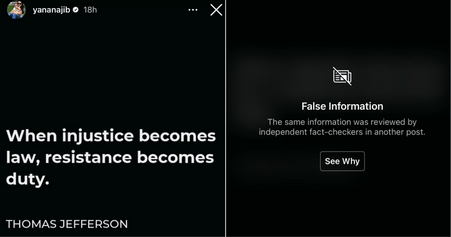