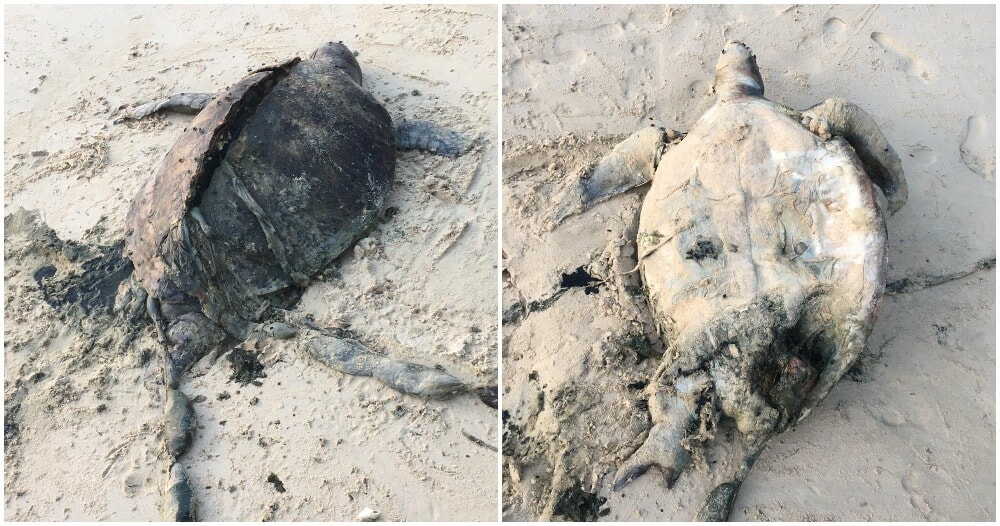 How can some people be this inhumane!

On 26 May, the carcass of a green turtle was found floating near the shore in the southern part of Pulau Kapas. The bottom part of the turtle, also known as the plastron, was found slit open. Locals and a sea turtle research group believe that perpetrators cut open the turtle in an attempt to retrieve its eggs.

Four days after this heartbreaking discovery, the Kapas Conservation Society informed WORLD OF BUZZ that another green turtle carcass was found washed up on the shore of Taman Laut Pulau Kapas. They added that a report has been filed to the Department of Fisheries, Terengganu. 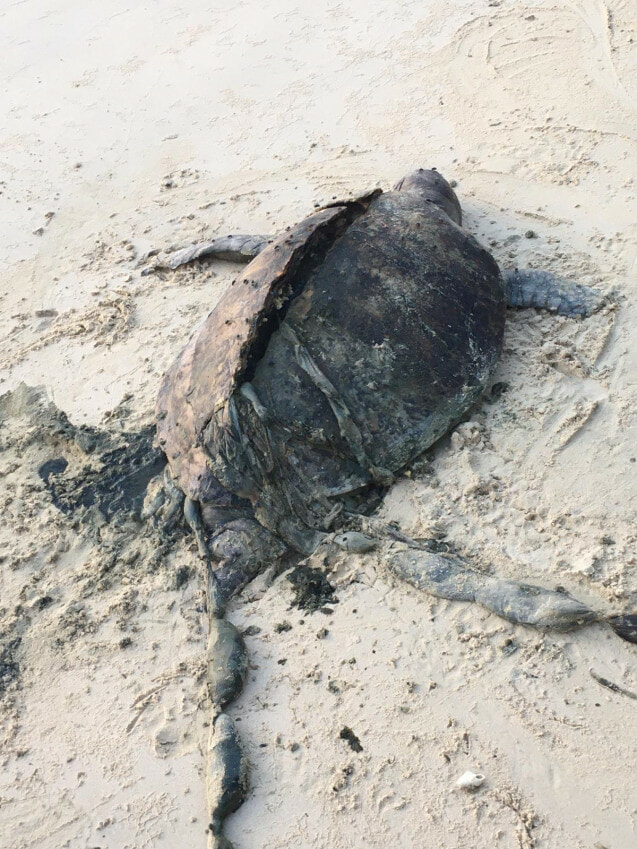 The carapace that was cracked open (hard outer shell of the turtle) measured at 73cm in length and 66cm in width. The turtle’s remains were in a decomposed state with parts of the inner organs seen out of its body. There was also a cut near the bottom part of its front left flipper, a missing rear limb, and its tail.

“It is possible that the turtle was caught in a net, suffocated to death, before being struck with a boat while drifting in the water.” 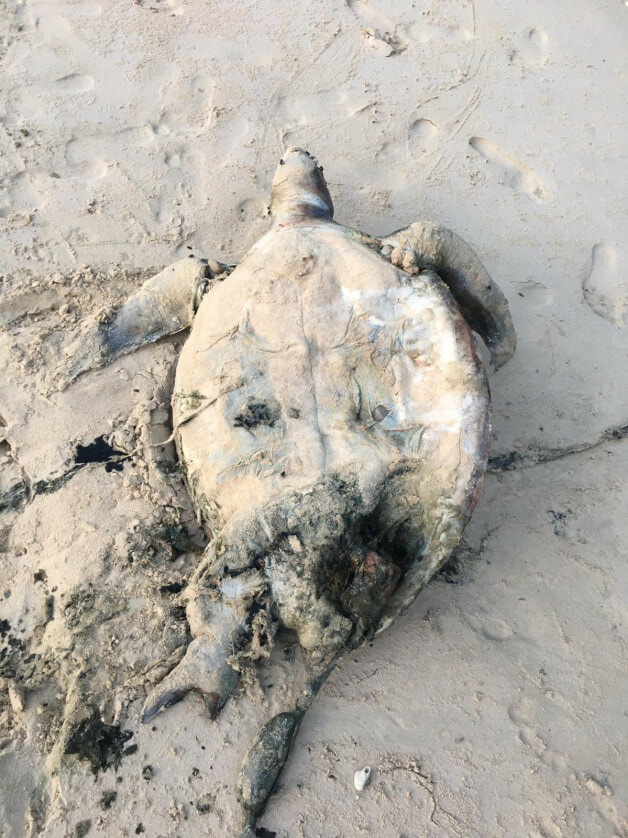 Secretary of Kapas Conservation Society, Farith Rezza Isa, said there have been many reported incidents about dead sea turtles in Terengganu. Thus, they urge the authorities to monitor the illegal fishing activities within the boundaries of marine parks and its surrounding water. The use of prohibited nets such as stingray nets is also a serious threat to the survival of sea turtles.

What actions should be taken towards those convicted of this heinous crime? Let us know in the comments section! 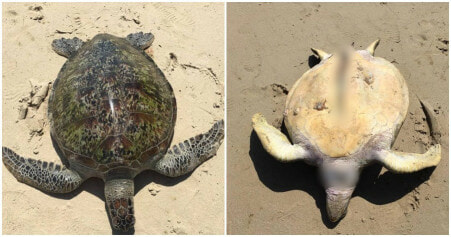