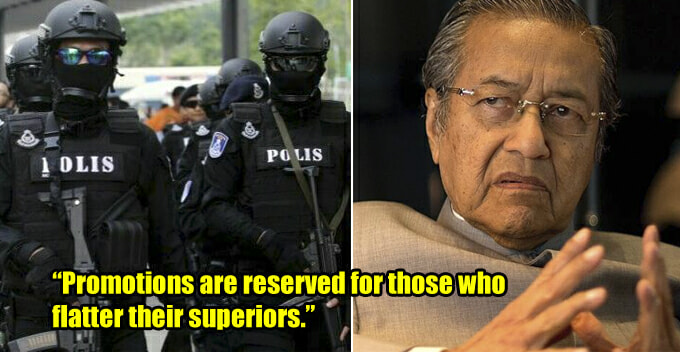 An open letter addressed to Tun Mahathir has recently gone viral online and the author claimed to be a personnel from the Royal Malaysia Police (PDRM). In the lengthy post, the author highlighted several issues that have infected the police force. 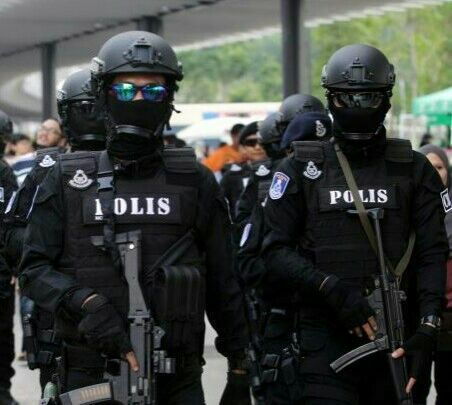 1. Our superiors and the officials on the senior level do not pledge their loyalty to the King and the country. Instead, they tend to lean towards the politicians’ side for their self-interest.

2. Promotions are reserved for those who flatter their superiors and also, more positions are created to expand the upper level.

3. The top officials are corrupted, bias, and racist. Promotion interviews have become a platform for them to amass wealth.

4. Budget allocated for PDRM was pocketed by someone until the police force had to make do with uneconomical vehicles.

5. Those of us who are at the bottom were pressured into attending events, which we have to pay for. The events were conducted in a grand manner so much so that donations and contributions were needed from the public.

6. Claims for uniforms, shoes, and phones are not being settled promptly because the budget was said to be cut by the prime minister.

7. The kleptocratic leaders of the force were given medals and promotions while the real hard workers at the bottom were sidelined.

8. Budget allocated was splurged on modernising the offices, houses and the top officials’ cars.

Lastly, the author urged Tun Mahathir to give special attention to PDRM even though he’s busy rebuilding the country at the moment. Getting to the bottom of 1MDB is going to take a while guys… 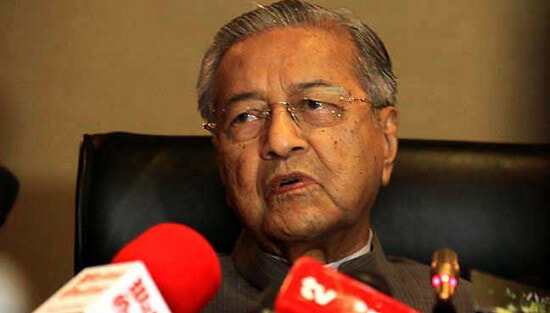 This Facebook post went viral with over 9,000 shares in just a few days. Since then, many netizens have also urged the authorities to look into these claims regardless of who the author is and to investigate the source of certain officers’ extraordinary wealth.

At the time of writing, PDRM has yet to issue a statement on the authenticity of this open letter.

If what the author claimed is true, then the police force is in dire need of a major shakedown. Let’s hope MACC and other relevant authorities would look into these claims asap. 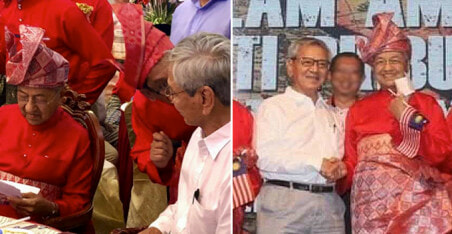