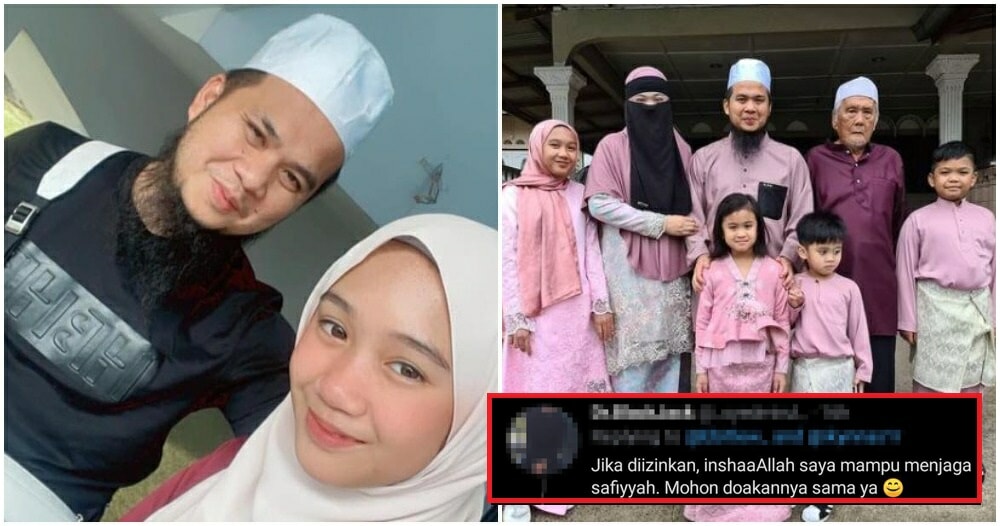 We wish there was another word but if you’re expressing interest towards a 12-year-old girl, you need to be checked. We all know Ustaz Ebit Lew. He’s basically the backbone of the whole country. When there’s someone in trouble, you can expect the kind Ustaz there with his team providing whatever help he can.

Whenever Ustaz Ebit Lew helps someone, he’ll make sure to post the pictures of those endeavours on his social media as a method of transparency for his donors. However, he also uses his social media to post pictures of his family members especially when he’s away from them for a long period of time. One such occasion was yesterday (16 May) where Ustaz Ebit Lew posted a picture of him and his 12-year-old daughter alongside a sweet caption.

“My daughter asked to take a selfie with me and even told me to rest as I must be tired. I love you so much my daughter. Make sure to be a religious child and help everyone.”

Despite the sweet nature of the post where a heartwarming moment was shared between father and daughter, I couldn’t help but be disgusted at some of the comments posted. There were FULLY-GROWN ADULT MEN who felt that it was appropriate to proposition the 12-year-old CHILD and even told Ustaz Ebit Lew that they will be willing to take care of her.

“Abah, I know you’re tired. I know what all you have been going through and all the problems you’ve faced. You rest abah, I can help to take care of Safiyyah.”

The Facebook user used the term “abah” in reference that he wants Ustaz Ebit Lew to be his father-in-law. There were many other similar comments saying the same thing that they were willing to “take care” of the 12-year-old girl.

My biggest disappointment was that there was practically no one calling out these men for their lecherous comments. One might argue that these comments were jokes but if the case of Ain, the 17-year-old student who stood up against her teacher who made a rape joke, proves anything is that lewd comments as such are not jokes as they just make the victims uncomfortable.

Over on Twitter, there were a number of these disgusting comments as well, mostly centred around the theme of adult men propositioning the 12-year-old girl.

“If permitted, I can take care of Safiyyah. Hopefully you’re also praying for the same.”

“You rest Ayah, let me take over caring for Safiyyah.”

However, on Twitter, several Malaysians came forward condemning these men and questioned how they could even sexualise the 12-year-old child.

“She’s underage. Even if she’s not, what is wrong with you guys? Can’t you calm your penis and stop making such comments? Does your whole life revolve around your lust?”

We can’t believe this has to be said BUT STOP SEXUALISING YOUNG GIRLS! If you think it’s just a “joke”, think again! If you see anyone you know making comments like these, simply call them out for their predatorial behaviour. 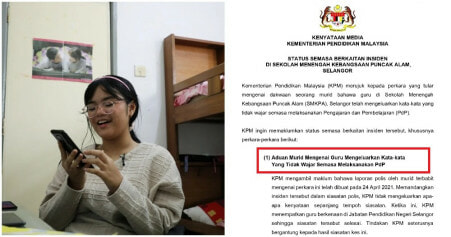