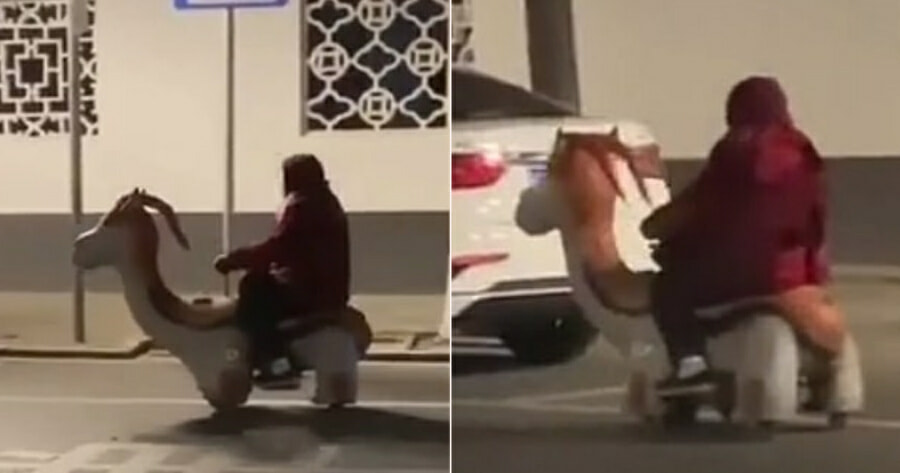 It’s important that we take good care of our parents as they get old, but what happens when we, ourselves, are unable to be around to tend to them?

They’ll take matters into their own hands.

A 76-year-old woman was seen riding down the streets of Suzhou, eastern China, on a ‘dragon’ toy scooter as she makes her way home for the day, as showcased by the Wujiang Police. 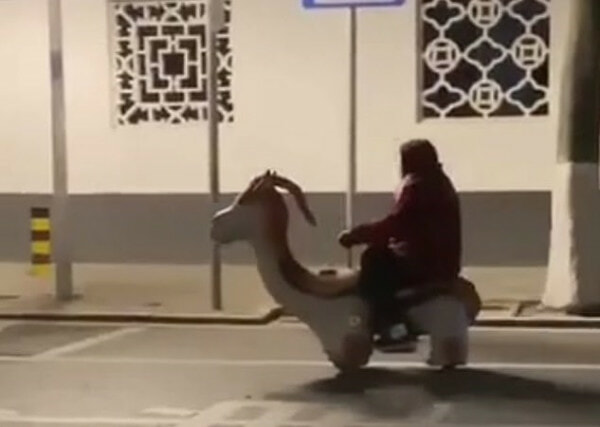 The woman, who works at a nearby playground, has apparently been experiencing leg pain for about a year, as she relied on her son to transport her to and from work. 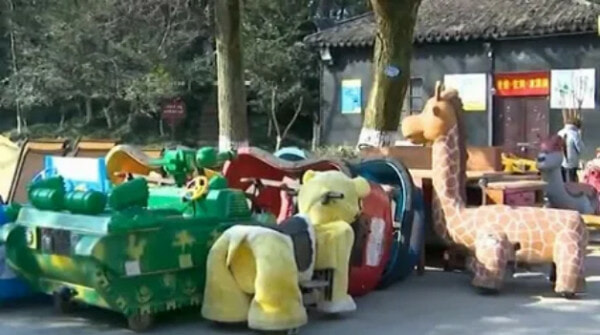 But, due to the son being on a business trip and her daughter-in-law staying at home to care for her grandchild, she decided to use the toy scooter as transportation as her home is just nearby.

She also considered that since she left for work early in the morning and only came home late at night, there would be less traffic, making it less of a risk for her to use the toy scooter on the road. 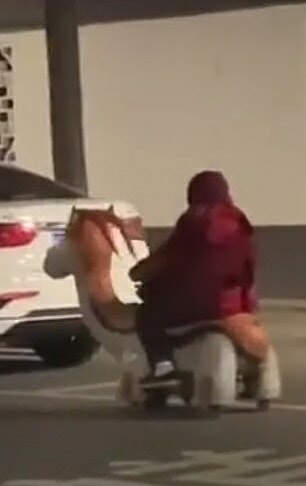 Police have since approached the elderly woman and spoke to her about traffic laws and regulations as both the police and the elderly lady realised that there are still certain risks to her transport solution.

As adorable as the woman looked on the dragon-shaped scooter, it is still unsafe for her to use the toy ride as transport on main roads.

We genuinely hope that authorities or her community will help her with her transportation problem until her son gets back from his business trip.

Also read: Father in KL Severely Beaten Up After He Confronted His 15yo Son’s Bully For Constantly Harassing Him 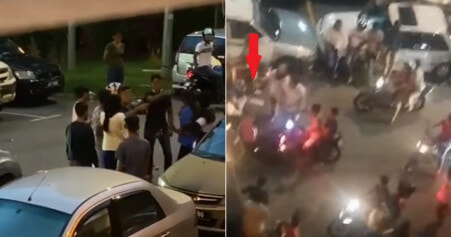